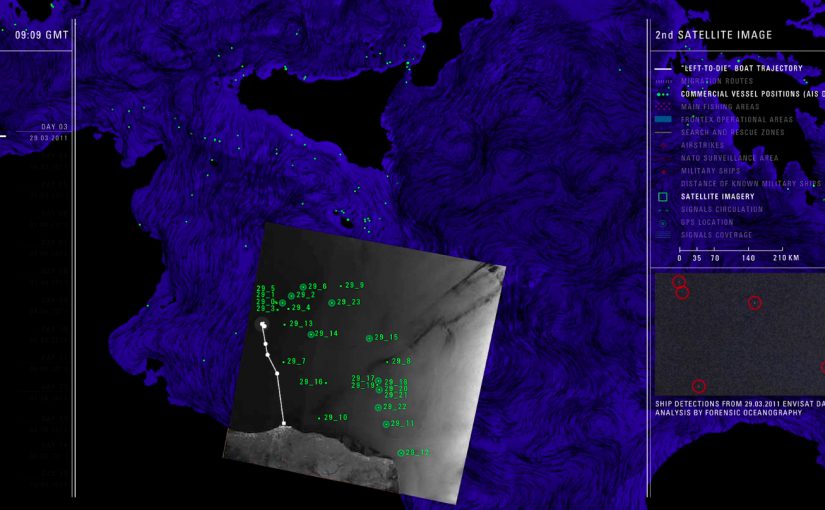 Forensic Oceanography (FO) is a project that critically investigates the militarised border regime in the Mediterranean Sea, analyzing the spatial and aesthetic conditions that have caused over 16,500 registered deaths at the maritime borders of Europe over the last 20 years. Together with a wide network of NGOs, scientists, journalists, and activist groups, FO has produced, since 2011, several maps, video animations (e.g. Liquid Traces), visualisations, human rights reports (e.g. the report on the ‘Left-to-Die Boat’ case) and websites (e.g. www.watchthemed.net) that attempt to document the violence perpetrated against migrants at sea and challenge the regime of visibility imposed by surveillance means on this contested area.

By combining testimonies of human rights violations with digital technologies such as satellite imagery, vessel tracking data, geospatial mapping, and drift modeling, FO has exercised a critical right to look at sea with a two-fold purpose. On the one hand, using surveillance means ‘against the grain’, it has produced spatial analysis that has been used within existing legal and political forums, supporting the quest for justice of migrants and their families in legal proceedings, parliamentary auditions, human rights, and journalistic investigations. At the same time, through a series of installations and articles, FO has attempted to spur a debate on the politics of image production in the age of surveillance and on what it means to produce images, videos, and sounds that become evidence and documentation of human rights violations. 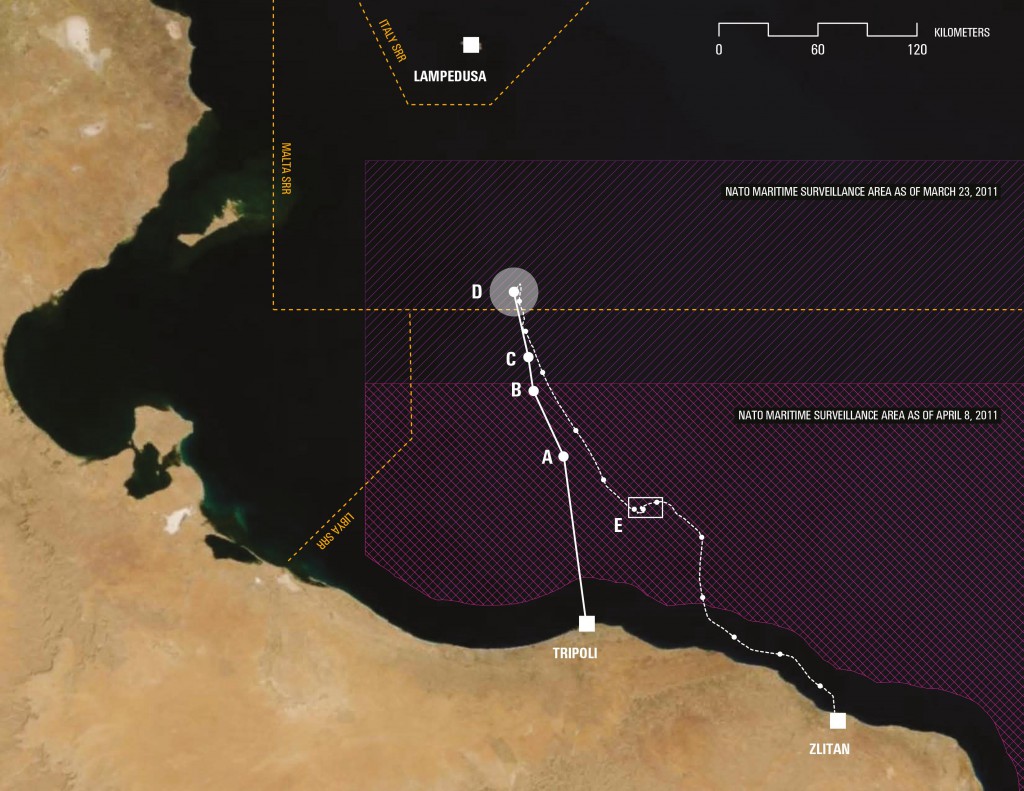 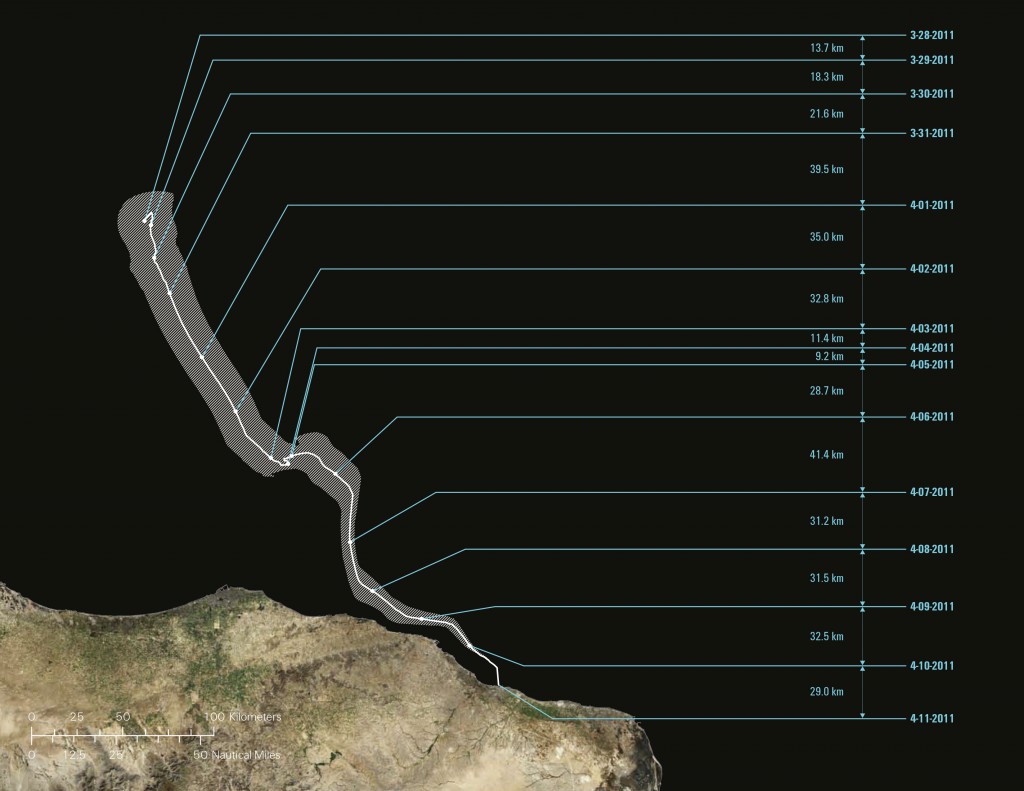 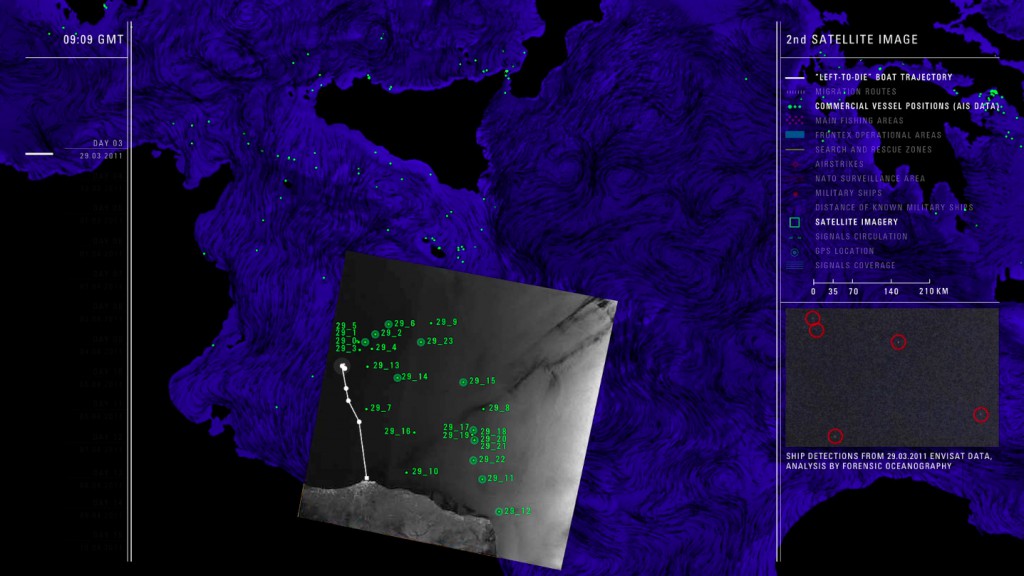 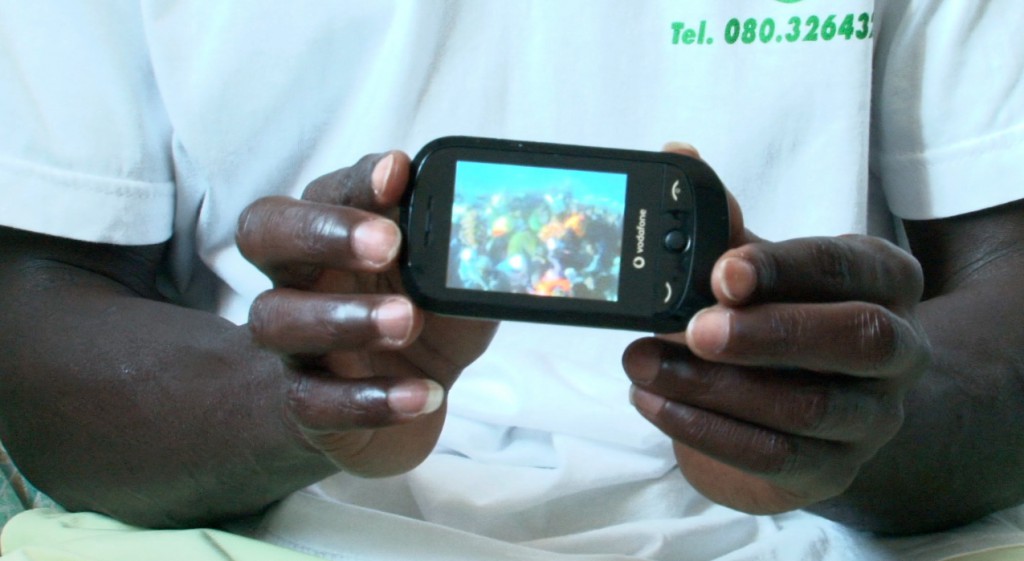 Forensic Oceanography is a collaboration between Lorenzo Pezzani, an architect based in London, and Charles Heller, a film-maker living in Tunis. Together with a wide network of contributors, FO has produced work that has been featured on major international media platforms; exhibited and screened internationally (most recently at HKW in Berlin); and has been presented in numerous academic and artistic events. The project was shortlisted for the Artraker Award in 2014.