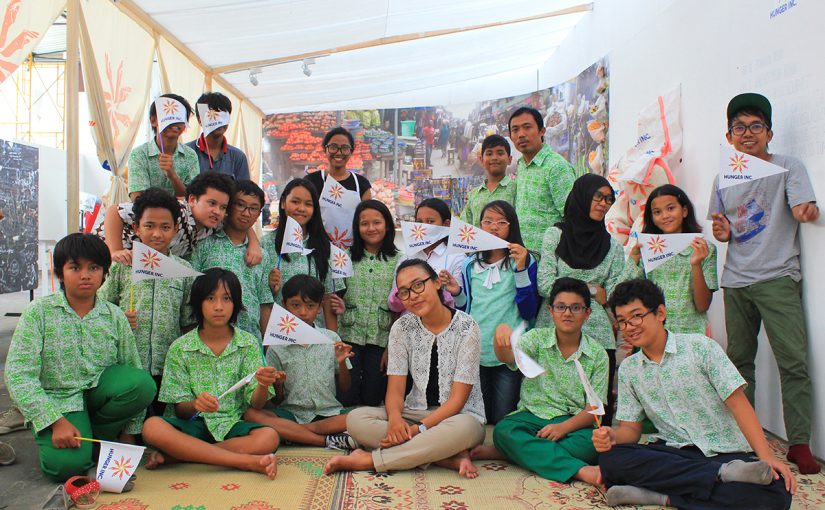 Hunger, Inc. addresses the issue of food and its relation to economic, political, and social class within the context of urbanity in Indonesia. It looks deeper into the spectrum of poverty, from mental aspects to structural problems.

Rice is more than just a staple food in Indonesia; it is linked to political economy in the country. Rice has also been used as a political tool. An example of this is the RASKIN programme, a subsidised rice programme for low-income households, which has often led into conflicts; from bad quality mouldy rice and corruption among bureaucrats, to the exclusion and inclusion of receiver households that have sharpened horizontal conflicts.

As an aesthetic intervention, Hunger, Inc. together with people who live near riverbanks, created a series of events, including re-constructing the fragment of a crowd fighting for rice, commonly shown on TV news. This re-enactment was carried out by a group of people who have struggled with this issue and brought it into a performative context. Through this performance, we would like to bring the images seen on TV into real life as a catharsis.

We then created other events such as a parody symposium on the tendency of NGOs to ‘sell’ poverty to obtain funds from international aid agencies, as well as discussions about food commodities like sugar, coffee, spices, and palm oil, which have a long history in colonialism, economy and politics.

Hunger, Inc. is a way to build a long-term institution that focuses on reflection, discussion, building discursive strategies, and strengthening solidarity among people who live in a precarious condition. Through several activities linked to food sovereignty, the institution aims to create several experiments and speculations around autonomous solutions to the problem of poverty. 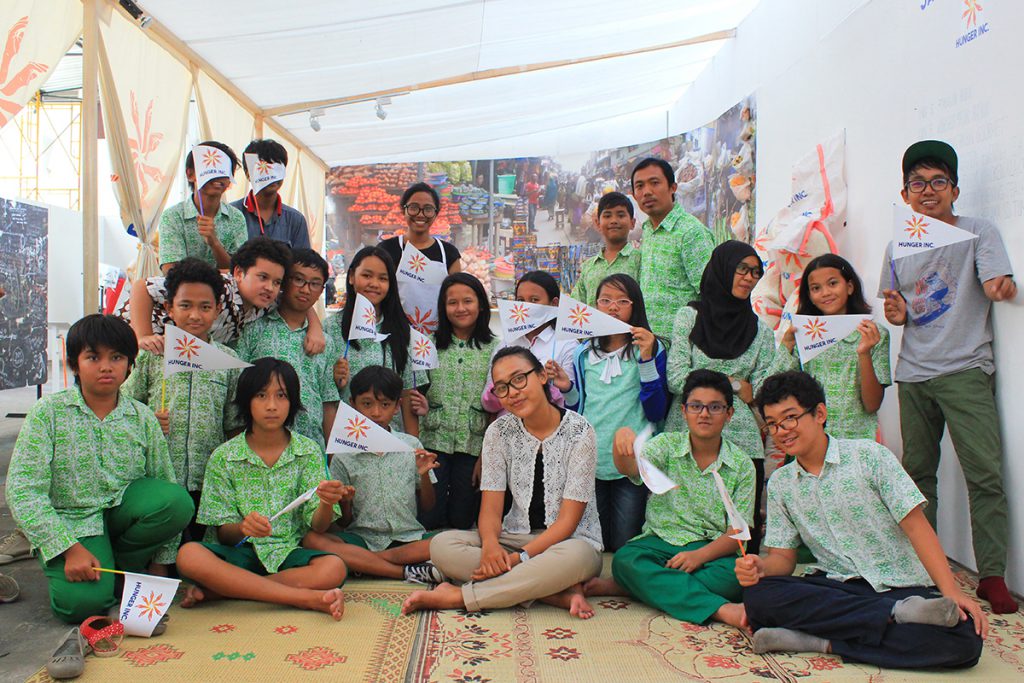 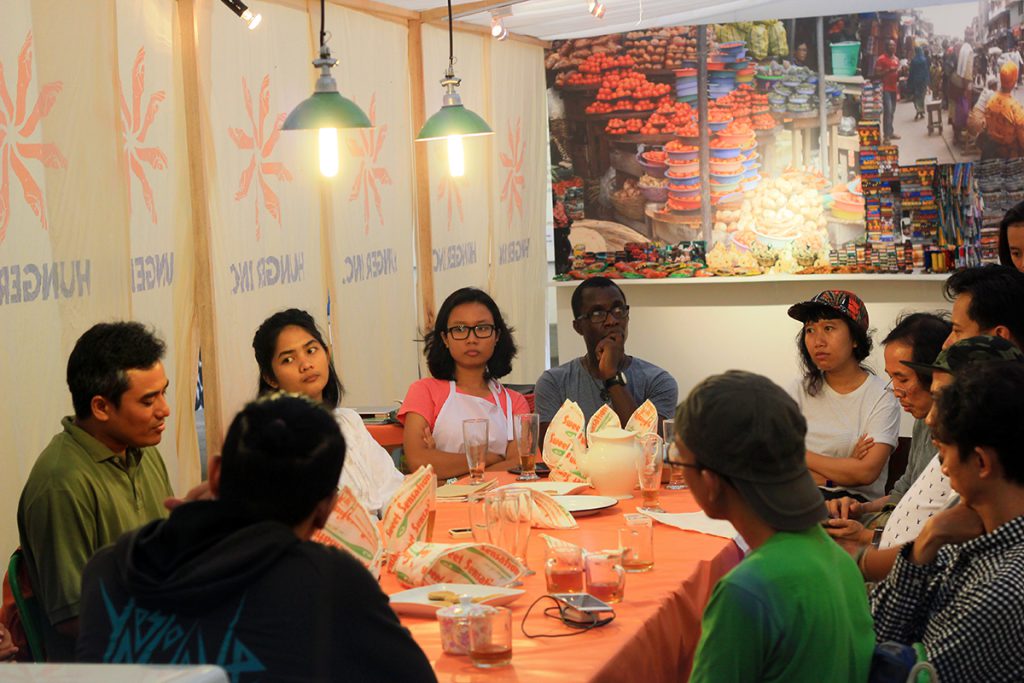 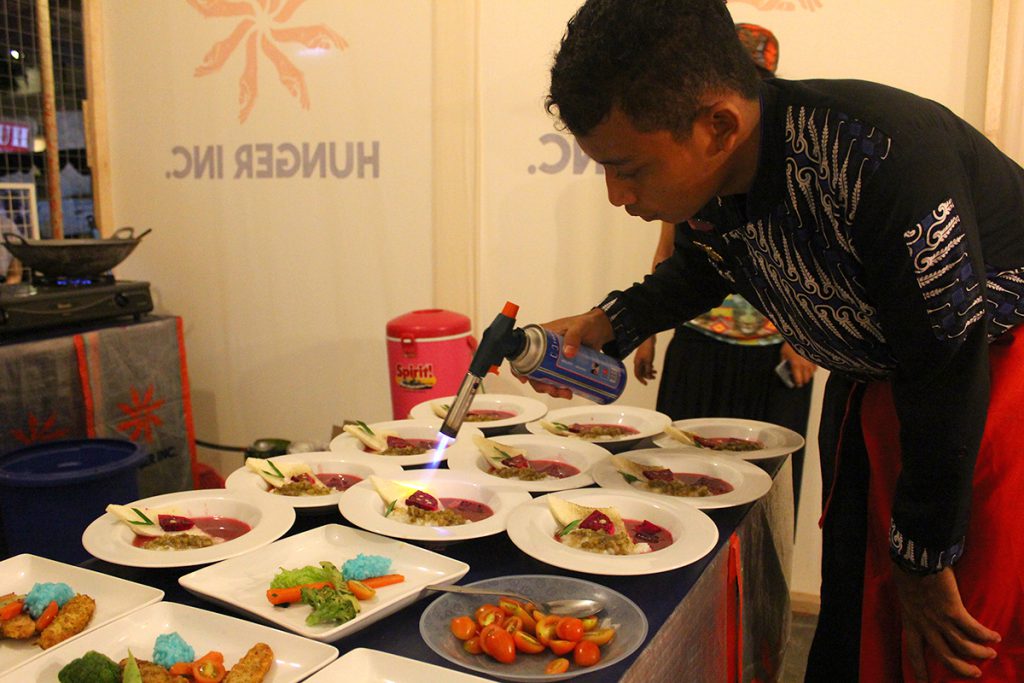 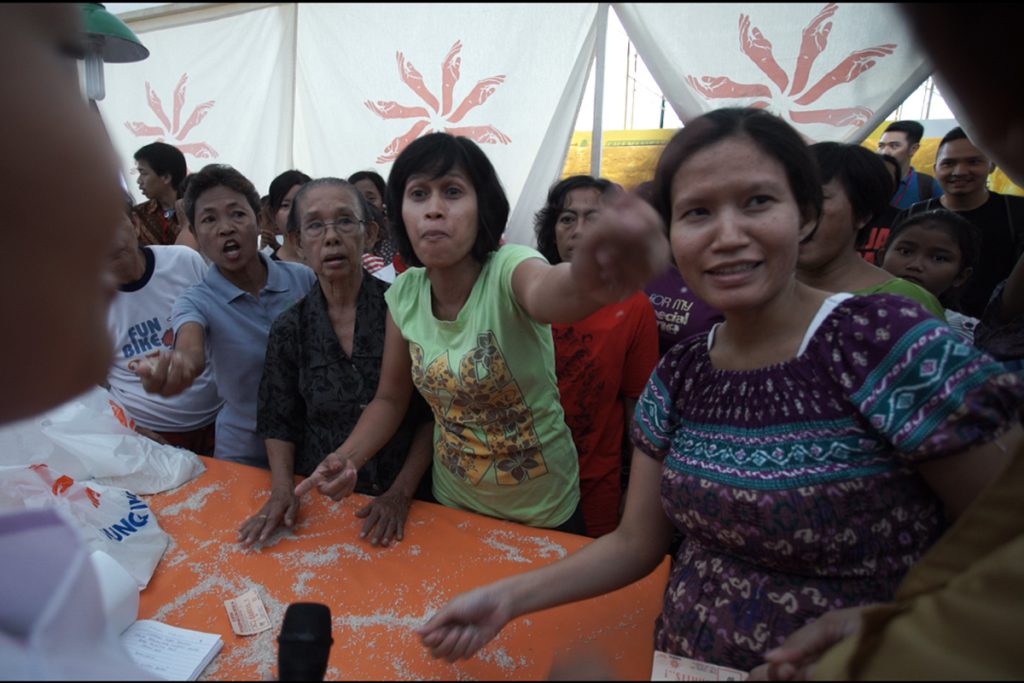 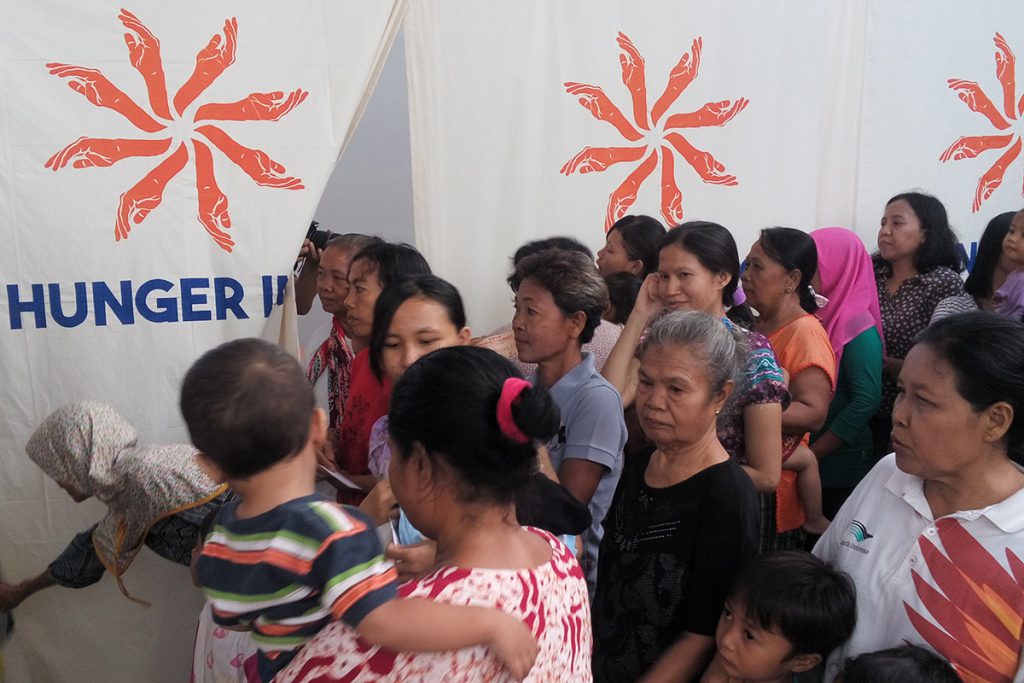 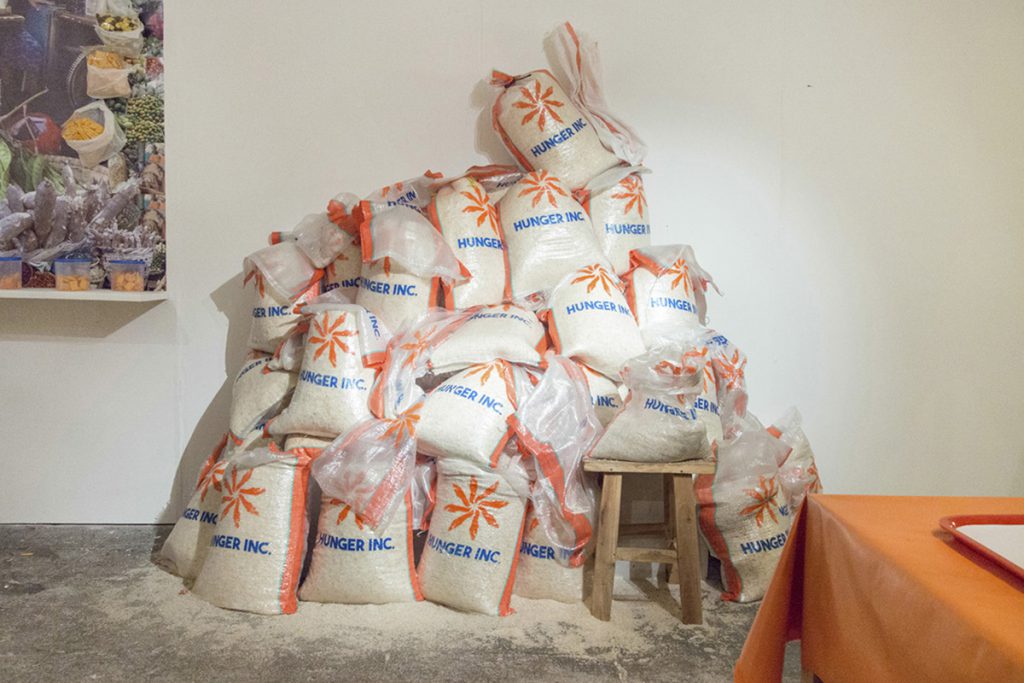 Elia Nurvista was born and lives in Yogyakarta. She is interested in exploring a wide range of art mediums with an interdisciplinary approach and a focus on the discourse of food. In 2015 she initiated Bakudapan Food Study Group. With Bakudapan, she has conducted research on food within socio-political and cultural contexts.