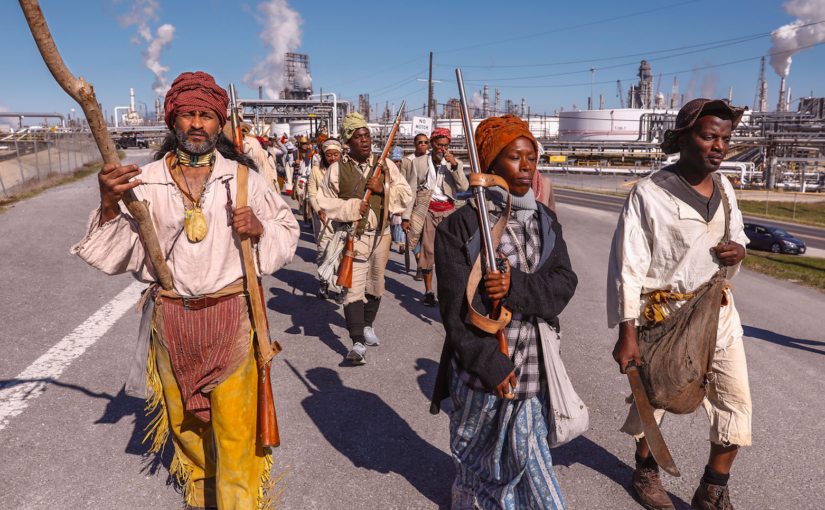 On November 8-9, 2019, hundreds of re-enactors retraced the path of the largest rebellion of enslaved people in United States history, embodying a story of resistance, freedom and revolutionary action.

Slave Rebellion Reenactment is a community-engaged artist performance and film production that reimagined the German Coast Uprising of 1811, which took place in the river Parishes just outside of New Orleans. Envisioned and organized by artist Dread Scott and documented by filmmaker John Akomfrah, Slave Rebellion Reenactment (SRR) animated a suppressed history of people with an audacious plan to organize and seize Orleans Territory, to fight not just for their own emancipation, but to end slavery. It is a project about freedom.

The artwork involved hundreds of reenactors in period specific clothing marching for two days covering 26 miles. The reenactment, the culmination of a period of organizing and preparation, took place upriver from New Orleans in the locations where the 1811 revolt occurred—with the exurban communities and industry that have replaced the sugar plantations as its backdrop. The reenactment was an impressive and startling sight—hundreds of Black re-enactors, many on horses, flags flying, in 19th-century French colonial garments, singing in Creole and English to African drumming.

A key element of slave revolts was the organizing of the uprising by small groups of trusted individuals, clandestinely plotting with others in small cells. Mirroring this structure, SRR initiated several recruitment and organizing meetings of multiple small groupings of people to prepare the reenacted uprising. Extending the artwork’s performative reenactment of history, the meetings took the form of conversations about why people chose to participate, about others they might involve, and why this history is important in contemporary society. The self-organization of the slave rebel reenactors was an essential part of the artwork.

Watch here a video with highlights from the live conversation between Visible and Dread Scott on 10 August 2020, within the context of the online public program ‘Society of the Many’ 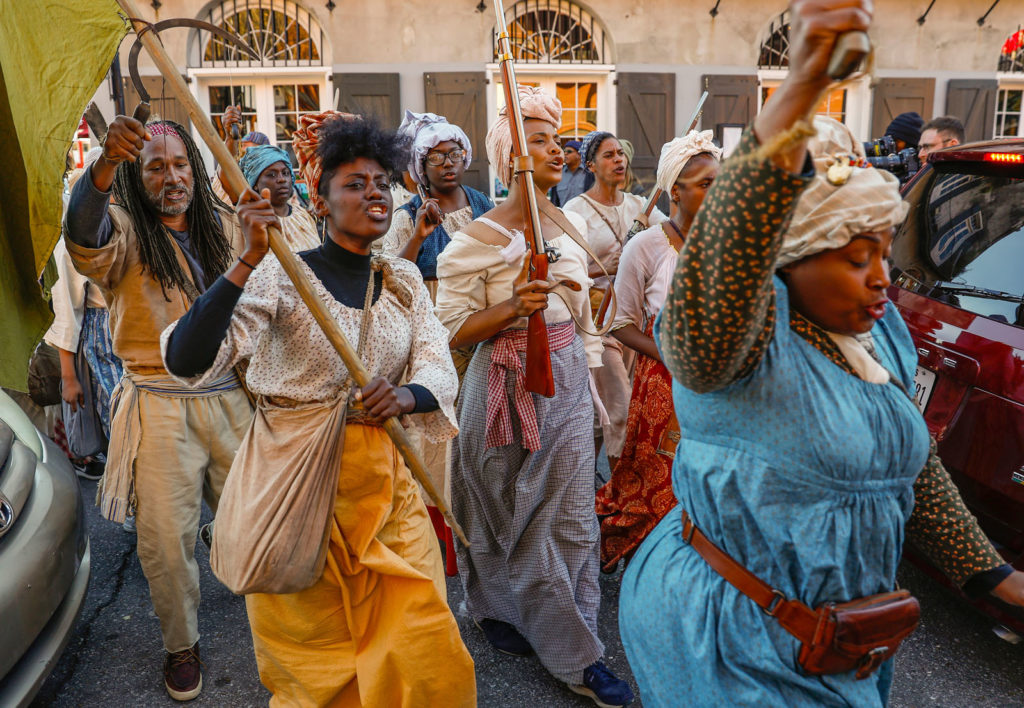 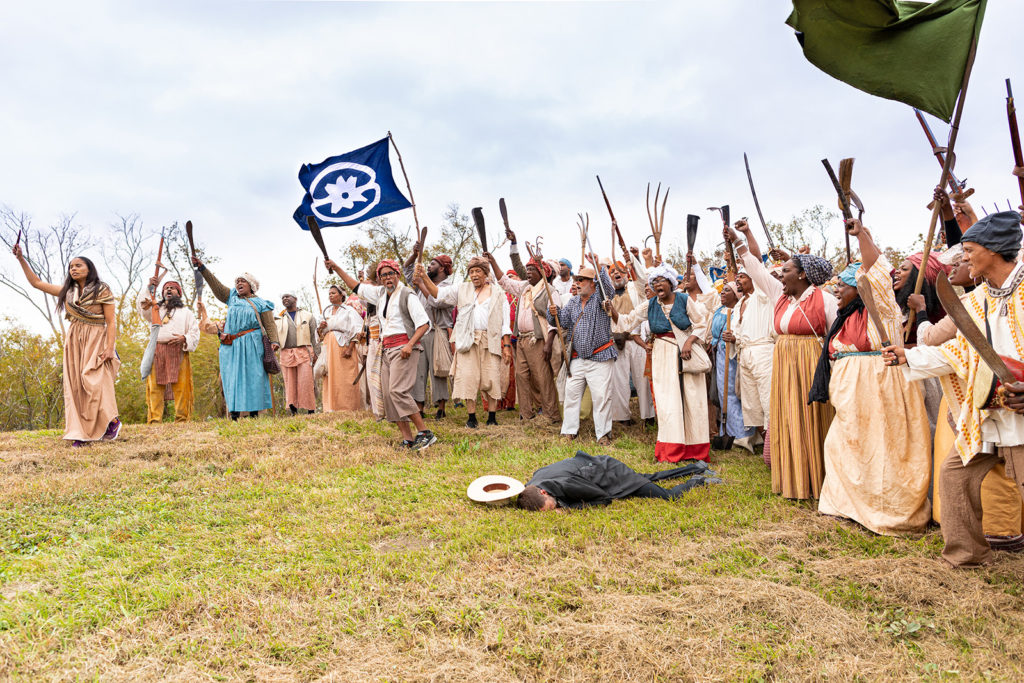 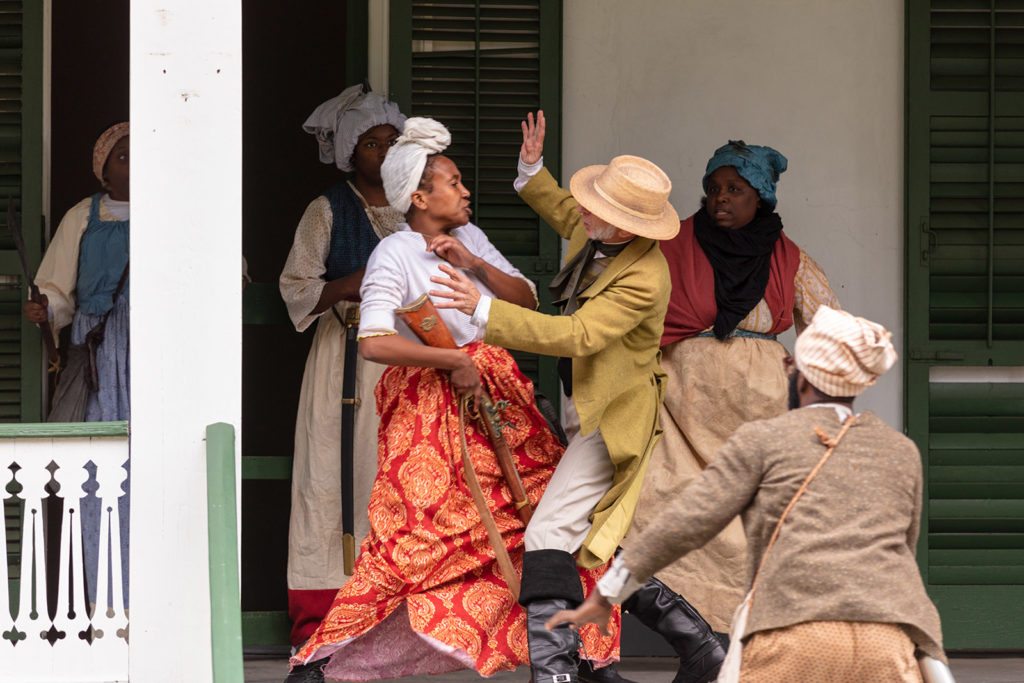 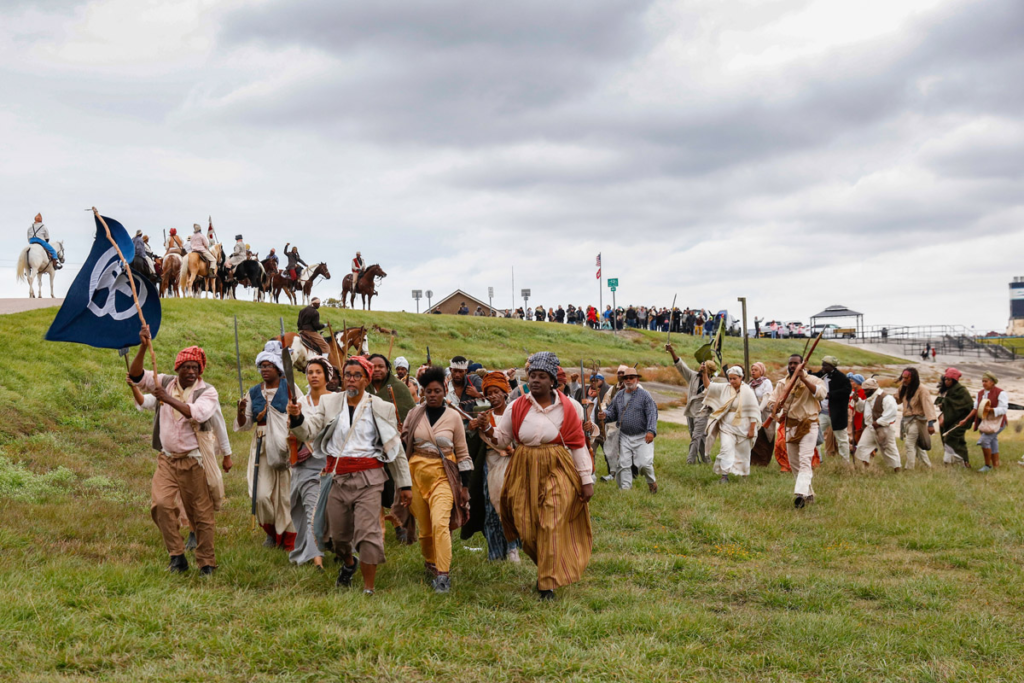 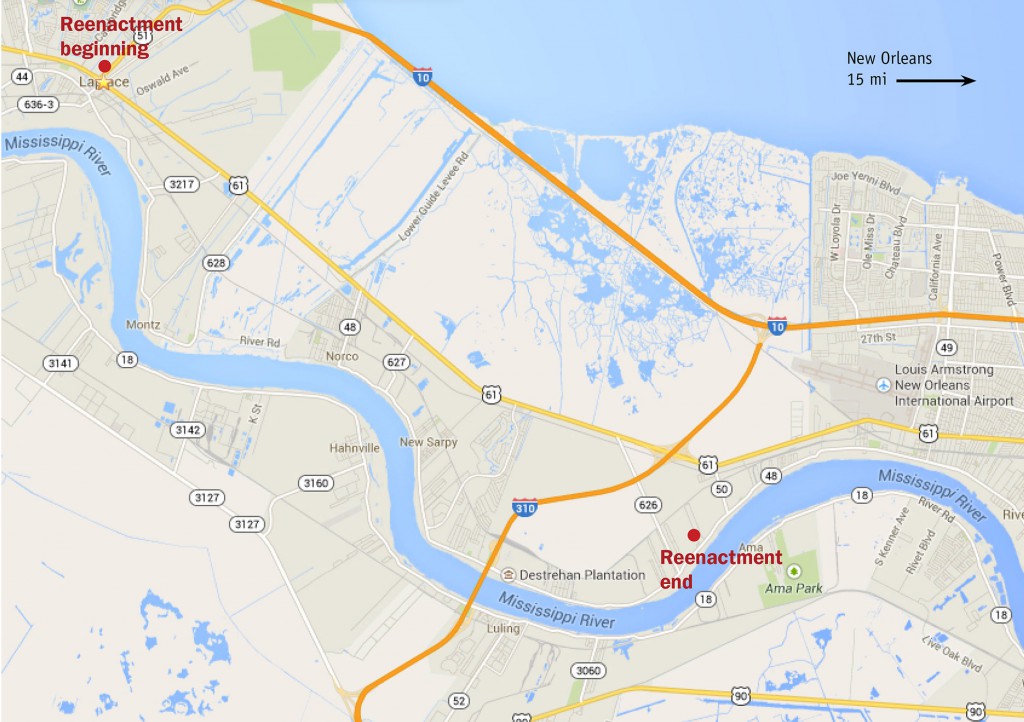 Dread Scott makes revolutionary art to propel history forward. He first received national attention in 1989 when his art became the center of controversy over its transgressive use of the American flag while he was a student at the School of the Art Institute of Chicago. President G.H.W. Bush called his art “disgraceful” and the entire US Senate denounced this work and outlawed it when they passed legislation to “protect the flag.”

His work has been exhibited/performed at the Whitney Museum, MoMA/PS1, BAM Fisher and galleries and street corners across the country. His work is in the collection of the Whitney Museum and he as received grants and awards from Creative Capital Foundation, The Map Fund, a 2018 Fellowship from United States Artists, and a Socially Engaged Artists Fellowship from A Blade of Grass Foundation.