The Night Art Made the Future Visible 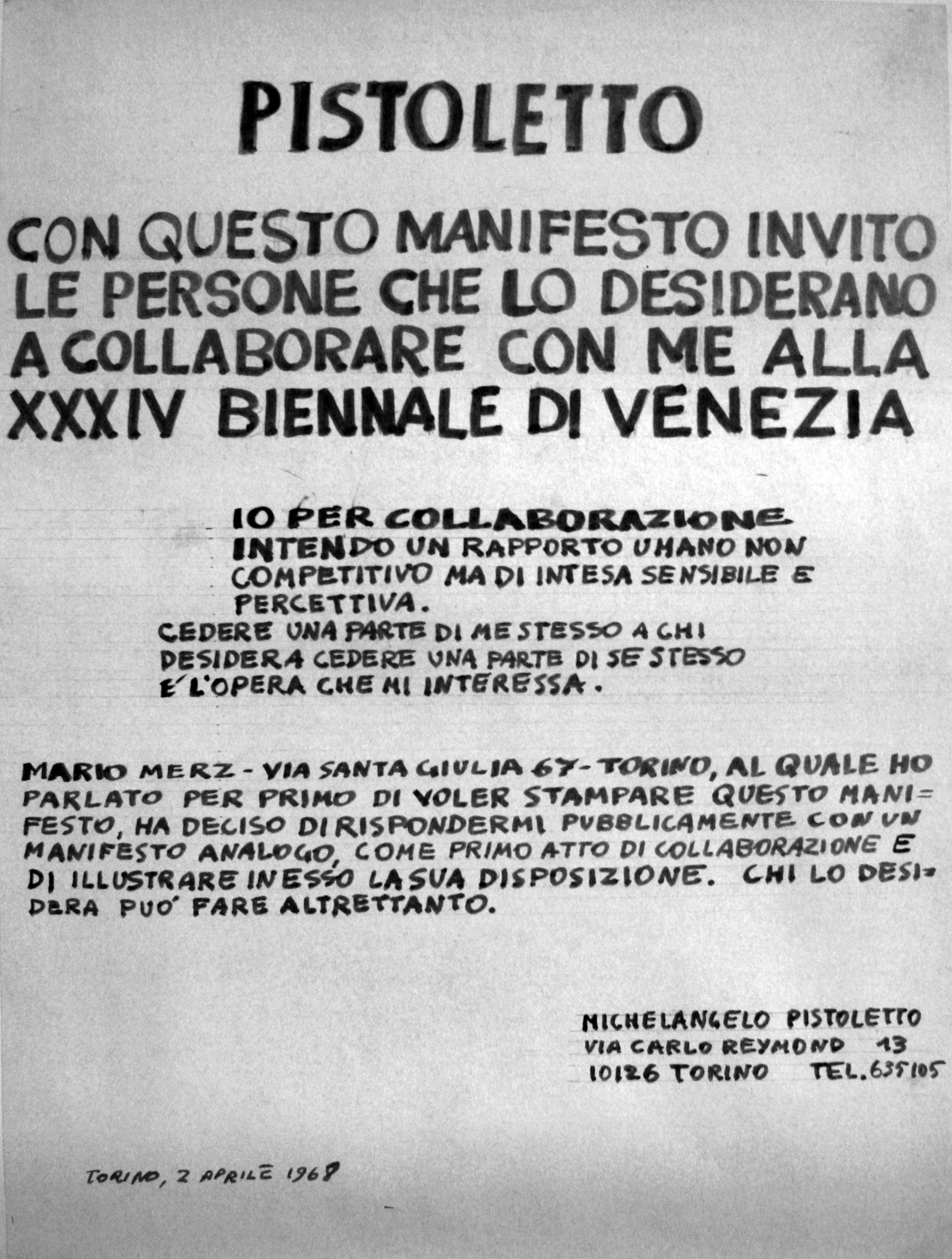 in the frame of the Creative Time Summit: The Curriculum within the 56th International Art Exhibition of la Biennale di Venezia All the World’s Futures.

The Night Art Made the Future Visible draws inspiration from Michelangelo Pistoletto’s unrealized idea for the 1968 Venice Bienniale. Pistoletto proposed turning the exhibition space into a room where collaborating artists would sleep on hammocks during the day and take action at night, producing interventions around Venice for the city to find in the morning.  In his related text, “Manifesto for Collaboration,” Pistoletto wrote,

By collaboration I mean a noncompetitive human relationship based on shared values of sense and perception. To give a part of myself to those who wish to give a part of themselves is the work that interests me.

Forty-seven years later, the Visible curators Matteo Lucchetti and Judith Wielander revisit the notion of using the quiet freedom of the night as a time to agitate, work collaboratively, and dream about the future. Questioning the contemporary role of the artist, they invited Nastio Mosquito, Ahmet Ögüt with Fino Blendax, and Marinella Senatore to create performances in which alliances between the artists and other professionals generate a speculative yet productive common stage for social engagement. The Night Art Made the Future Visible turns the historical void of an event that never happened into a bridge between social fields and towards collective learning. Marinella Senatore teamed up with local volunteers and choreographers from the Espz collective to create a new iteration of her ongoing, nomadic project The School of Narrative Dance. Since 2013, this project has gathered thousands of people in more than seven countries to participate in parades, happenings, and presentations. The work uses dance as a common language through which to celebrate the vernacular, amateur, and professionally-trained gestures of the participants. The entire Summit audience is invited to join The School of Narrative Dance as it travels from Via Garibaldi to the Serra Dei Giardini at the end of Day 1 of the 2015 Creative Time Summit. Following Senatore, Nástio Mosquito perform S.E.F.A. Se Eu Fosse Angolano (If I Were Angolan), which comments on the ways urgent matters are portrayed in contemporary media. Against a background of video clips, the artist uses music, poetry, spoken word, and improvisation to explore media’s visual and discursive complexity. Closing The Night Art Made the Future Visible, Ahmet Ögüt joins the London-based band Fino Blendax to perform Reverb— a compilation of songs that relate to specific works of art within Ögüt’s oeuvre. This synesthetic and translative project continues Ögüt’s interest in collaborating with people who operate outside of the visual arts. Ögüt was the winner of the 2013 Visible Award.

Projects shortlisted for the 2015 Visible Award will be announced during the evening event, and the winner will be selected on October 31st by a public parliament, organized in collaboration with Tate Liverpool.

Special thanks to Corinne Mazzoli, Francesca Belia and Fondazione Bevilacqua La Masa for their support on the event.