Visible examines the spatial relationships within which different players, from different cultural backgrounds and with different temperaments, generate meaning and form alliances. The alliance between actors and spectators brings to life the space of action of cultural and social relationships.
Visible brings to light and gives strength to artistic actions which have a real capacity to experiment and produce visions that can have an impact on the social and cultural imagination of our contemporary world. 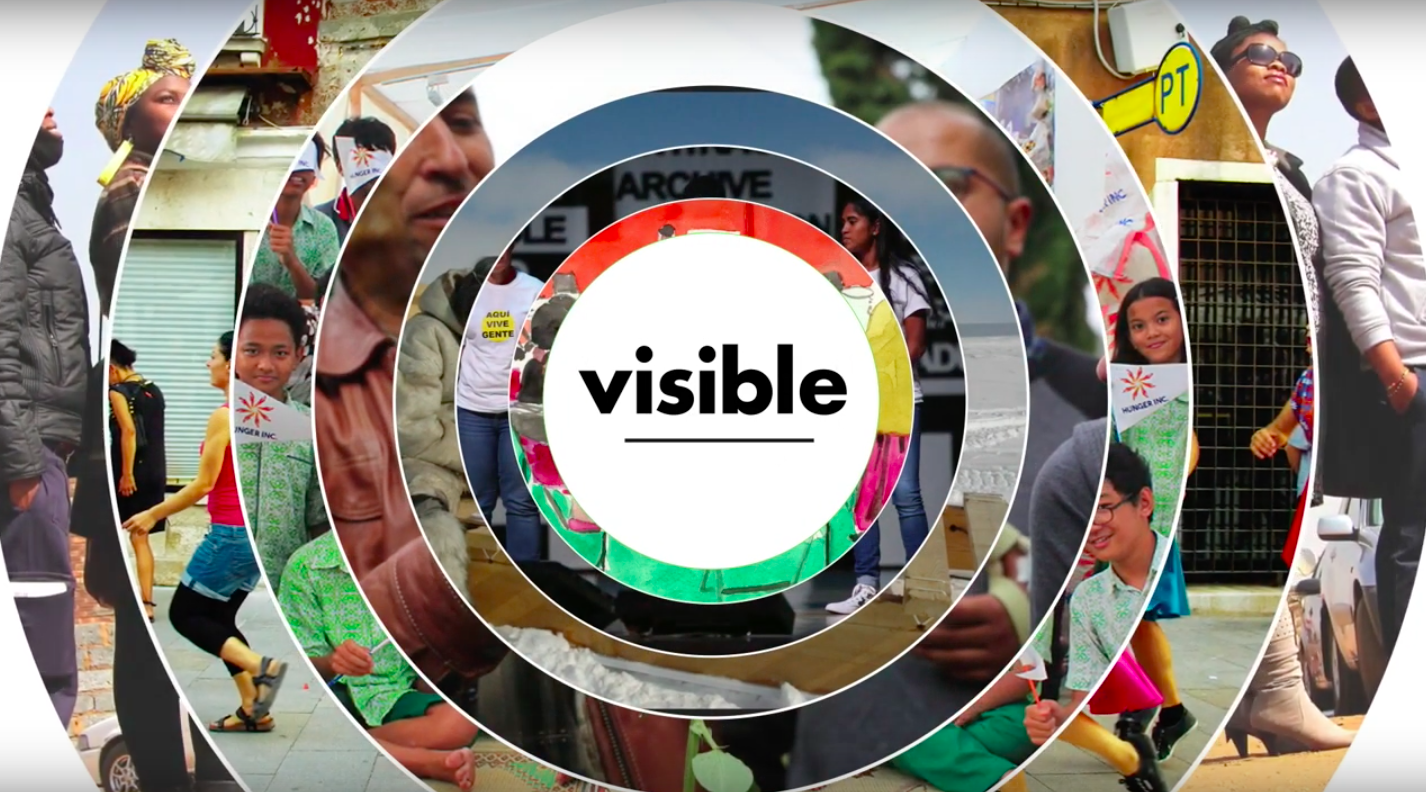 Visible analyses particular cultural and geographical contexts, clearly expressing their different forms of perception. It points to struggles in social power as a fundamental indicator for the development of society. And it sets in motion discussions about the art system, institutional mechanisms, and the complexity of relationships between power systems. The actions and approaches of visible work on the consciousness of the present and of possible changes in contemporary society.
The positions adopted by Visible show how we are part of a much broader history, not just from the point of view of art, but rather from that of an overarching culture. What are the angles from which events and facts are observed and how are the conditions of life modified when these perspectives are radically reversed? What is the “we” that we refer to when we say “we”? The different artistic approaches show how it is possible to demolish economic and political strategies and transform invisible processes into both potential and real areas of action. Conflict zones are thus perceived as places where dialogue and debate can be started up, and thus lead to change.

What we find are artistic approaches that first and foremost question their own autonomous ability to act as conduits, in other words with the capacity to connect up different “worlds”, often through networks and alliances with territories, artists, thinkers, and public and private institutions. The areas of action and thought that are opened up by this form of action bring today’s economic and political decision-making models into serious question. The benefits are not those of self-referential actions in art-based contexts, for the target is the creation of alternative models of public action.
Processes in certain in-between areas thus come to light, bringing into question our perception of the visible and, as Rancière says, combining them with invisible elements and significance: “Artists are those whose strategies aim to change the frames, speeds, and scales according to which we perceive the visible, and combine it with a specific invisible element and a specific meaning. Such strategies are intended to make the visible invisible or to question the self-evidence of the visible; to rupture given relationships between things and meanings and, inversely, to invent novel relationships between things and meanings that were previously unrelated.”[1]

[1] Jacques Rancière, “Dissensus On Politics and Aesthetics”, Published by Continuum, 2010.