The Visible. Office and Project space is pleased to announce the opening of the exhibition Linea de Vida – Museo Travesti del Peru, a project created almost a decade ago by the Peruvian artist, philosopher and drag queen Giuseppe Campuzano (1969–2013). The exhibition, at 50°49’19.50”N 4°21’25.53”E galerie de l’erg (école supérieure des arts, Brussels) is curated by Miguel A. Lopez and it presents the complete version of the nomadic museum for the first time in Europe after the success it achieved at the 31st São Paolo Biennial last Fall. 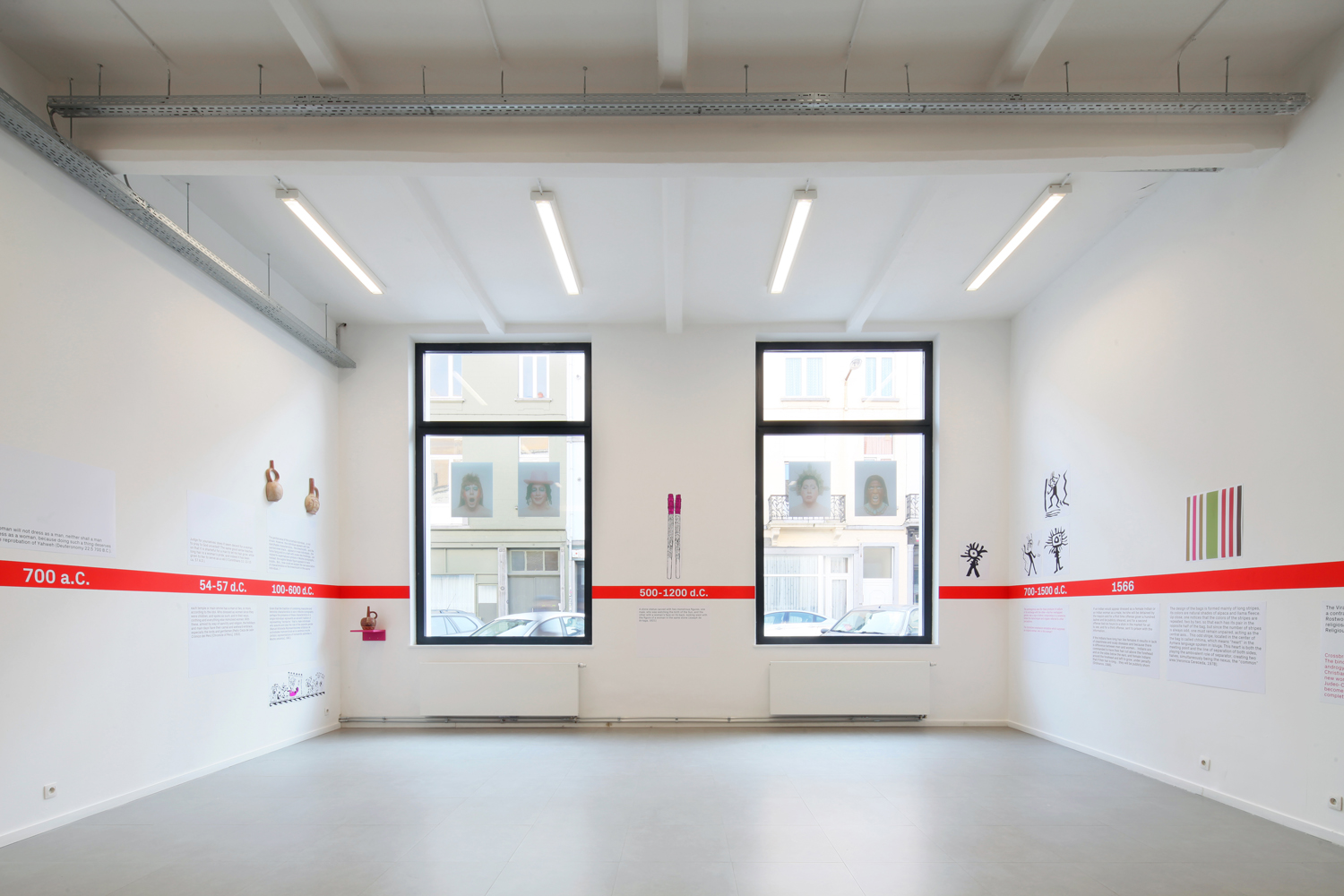 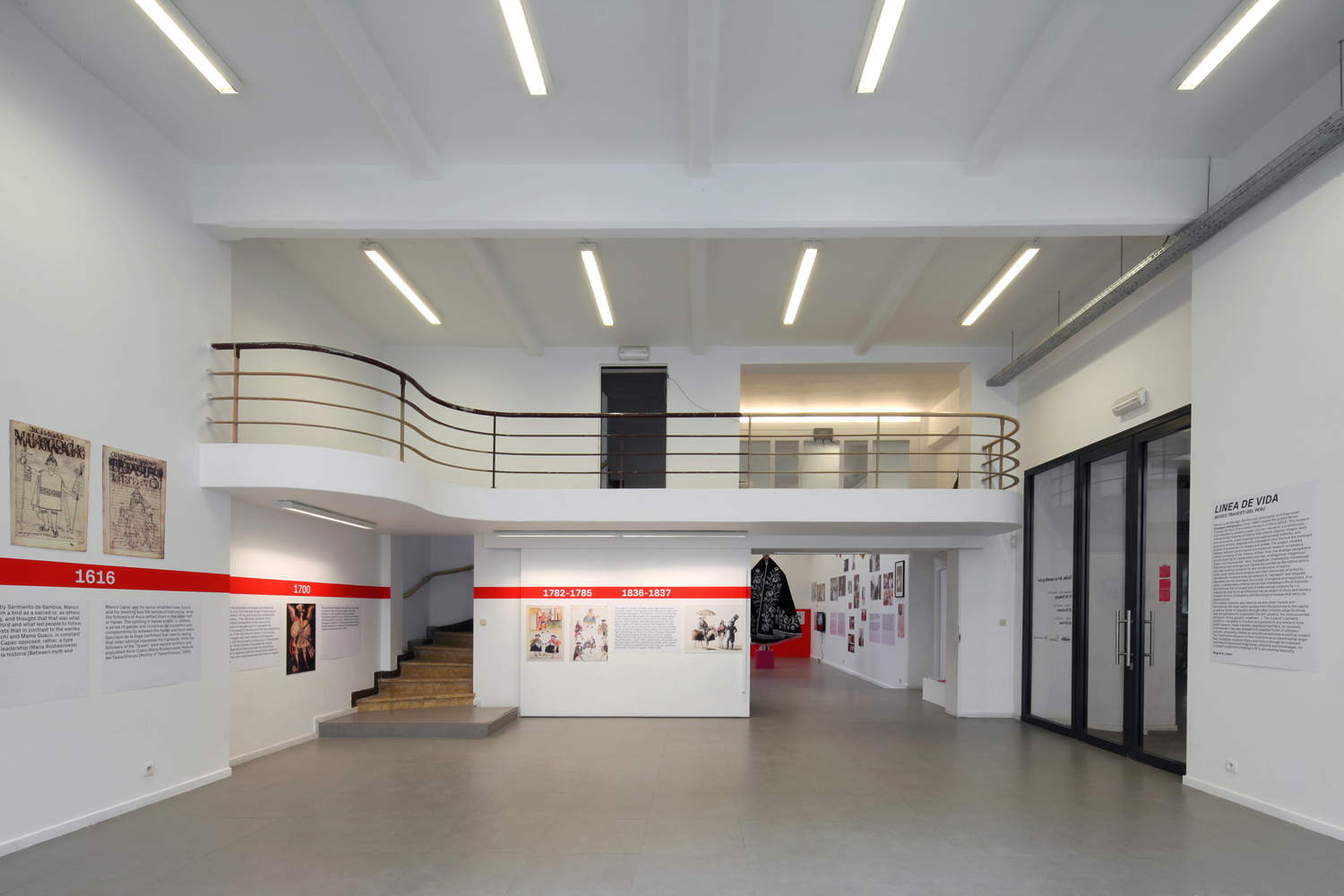 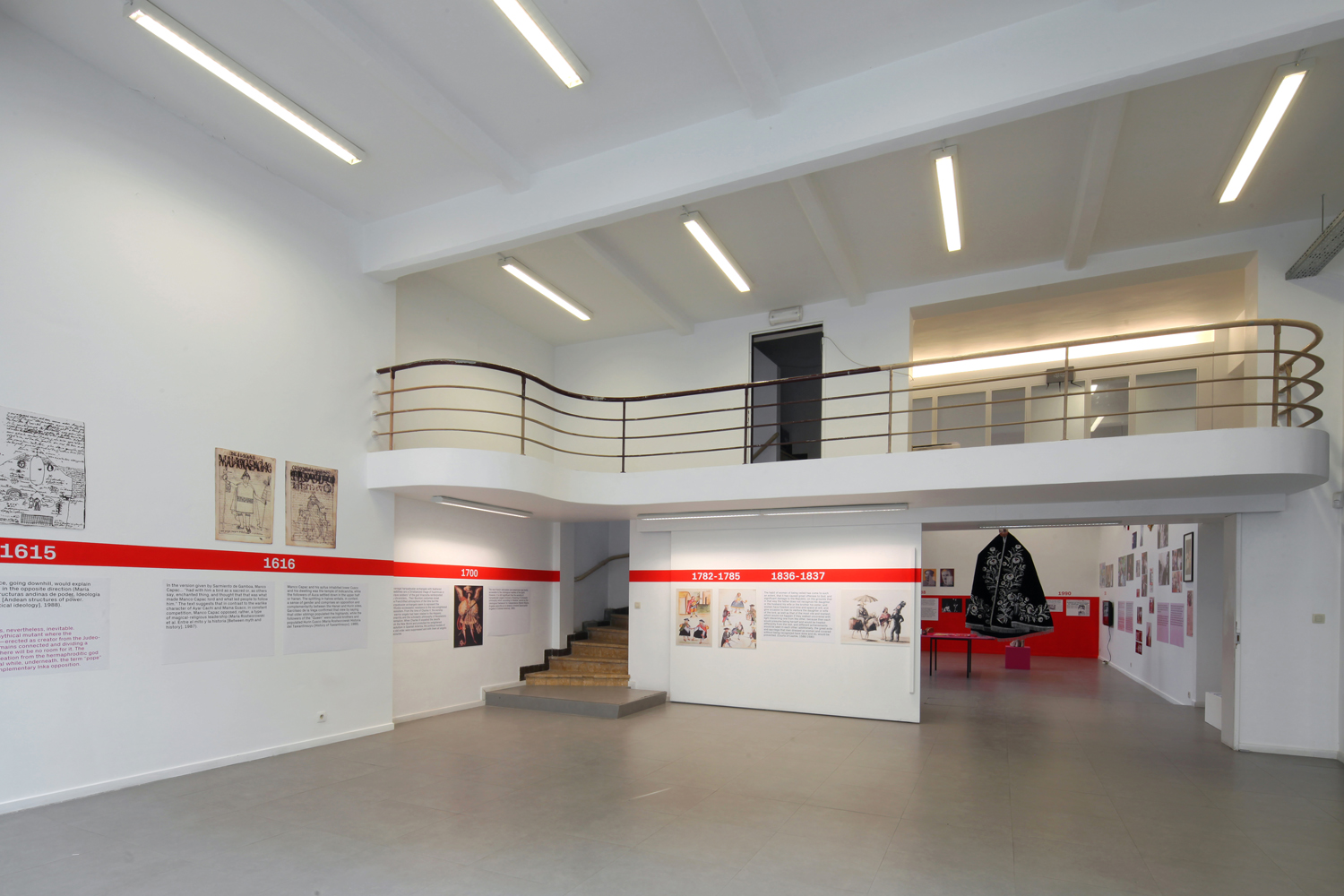 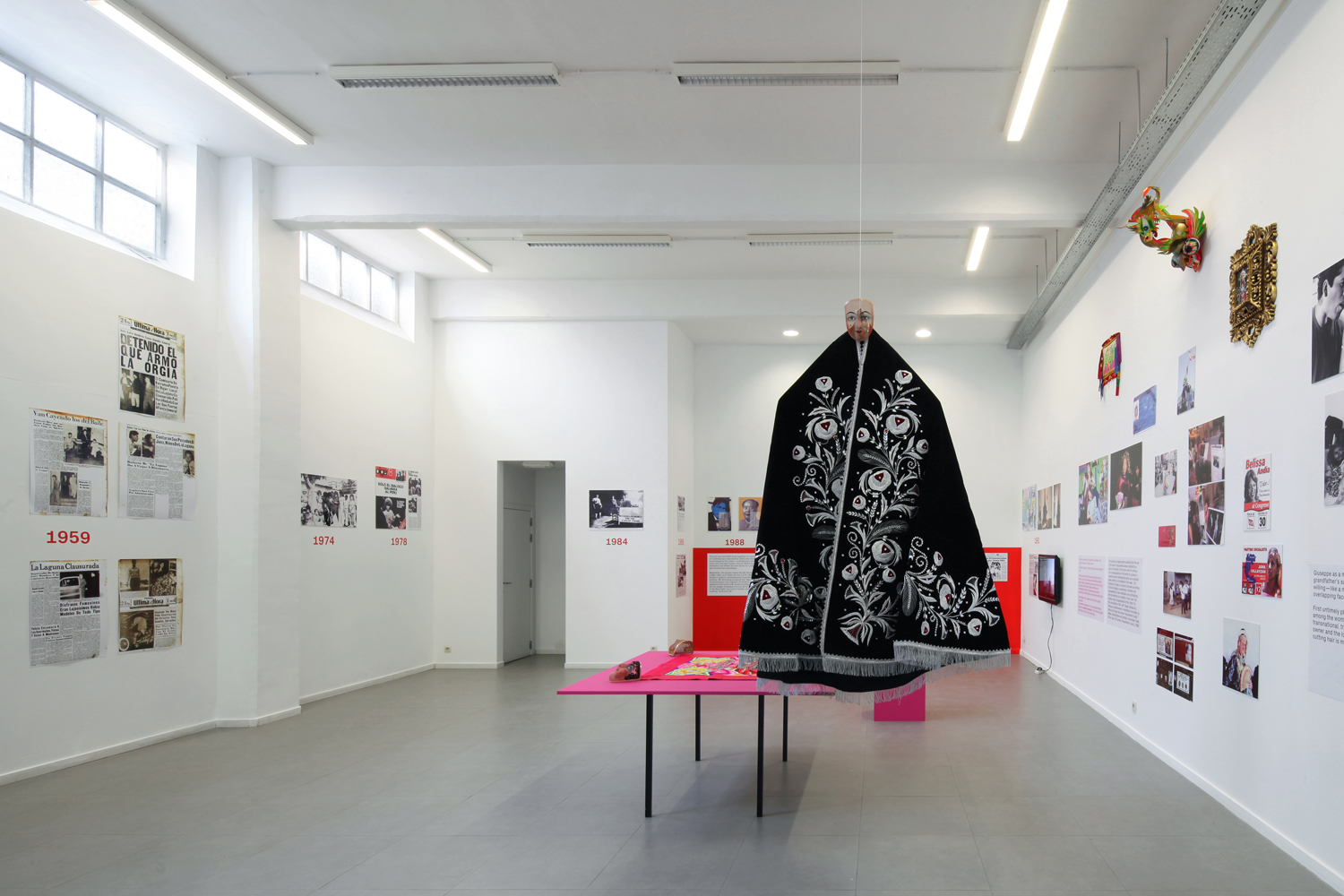 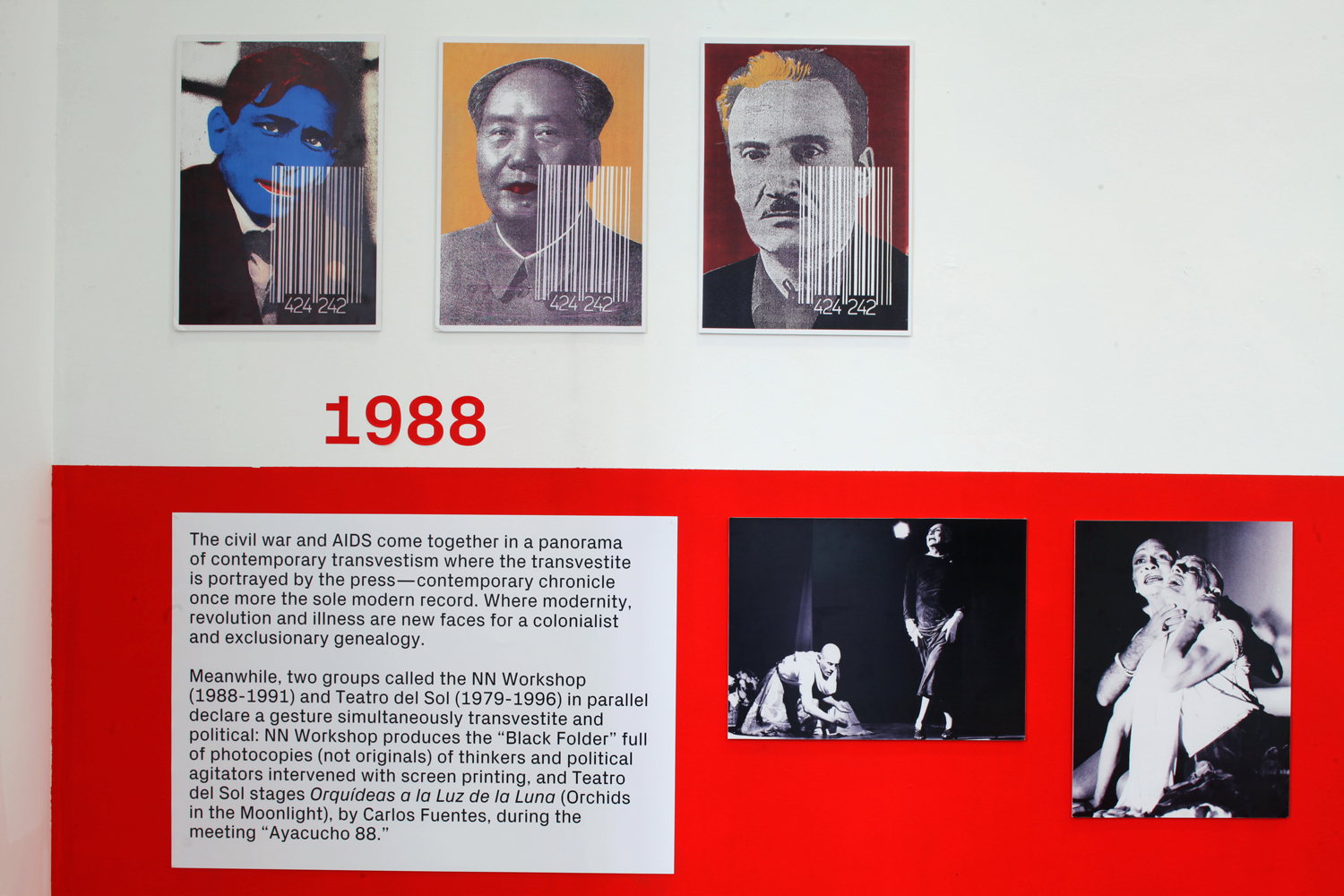 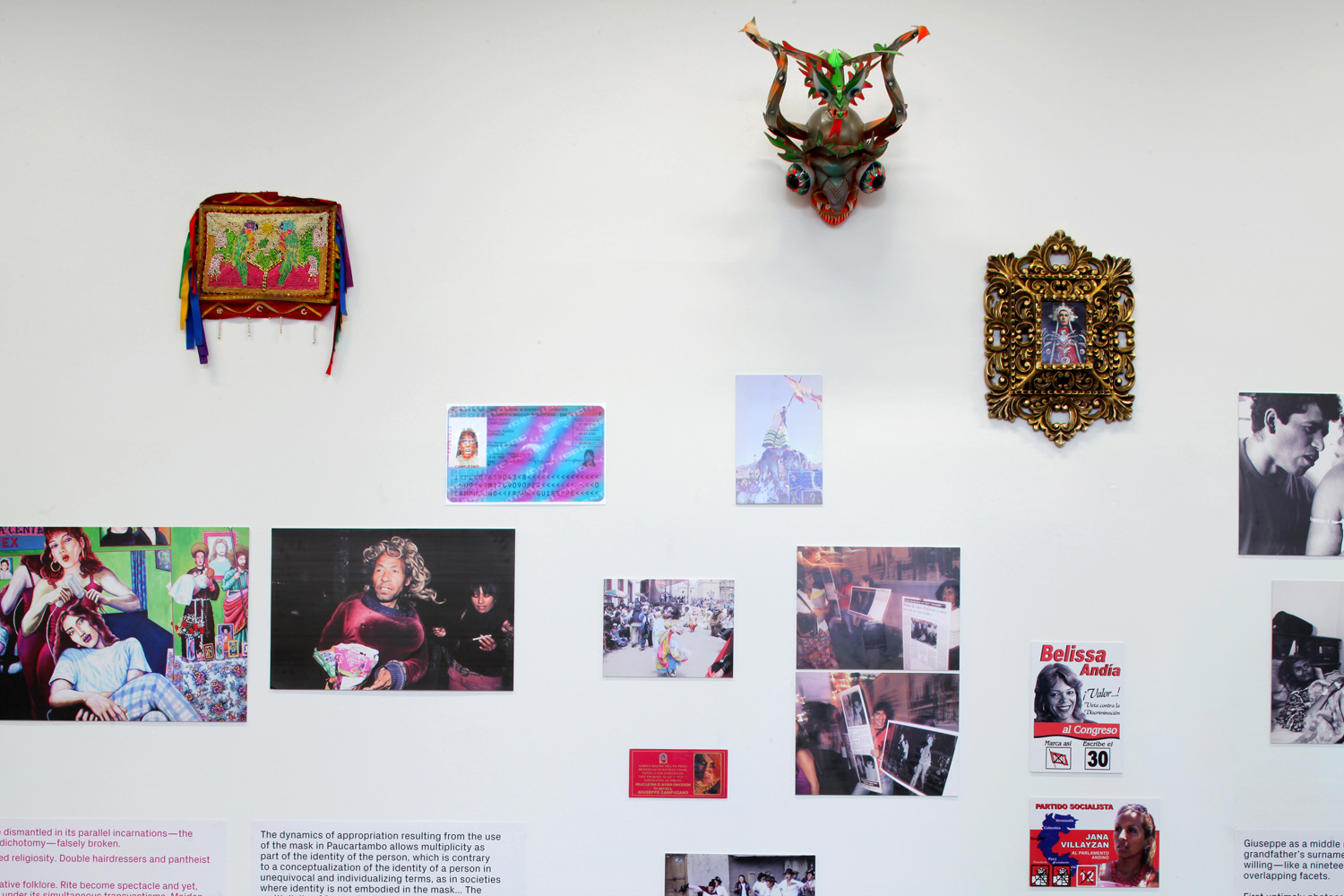 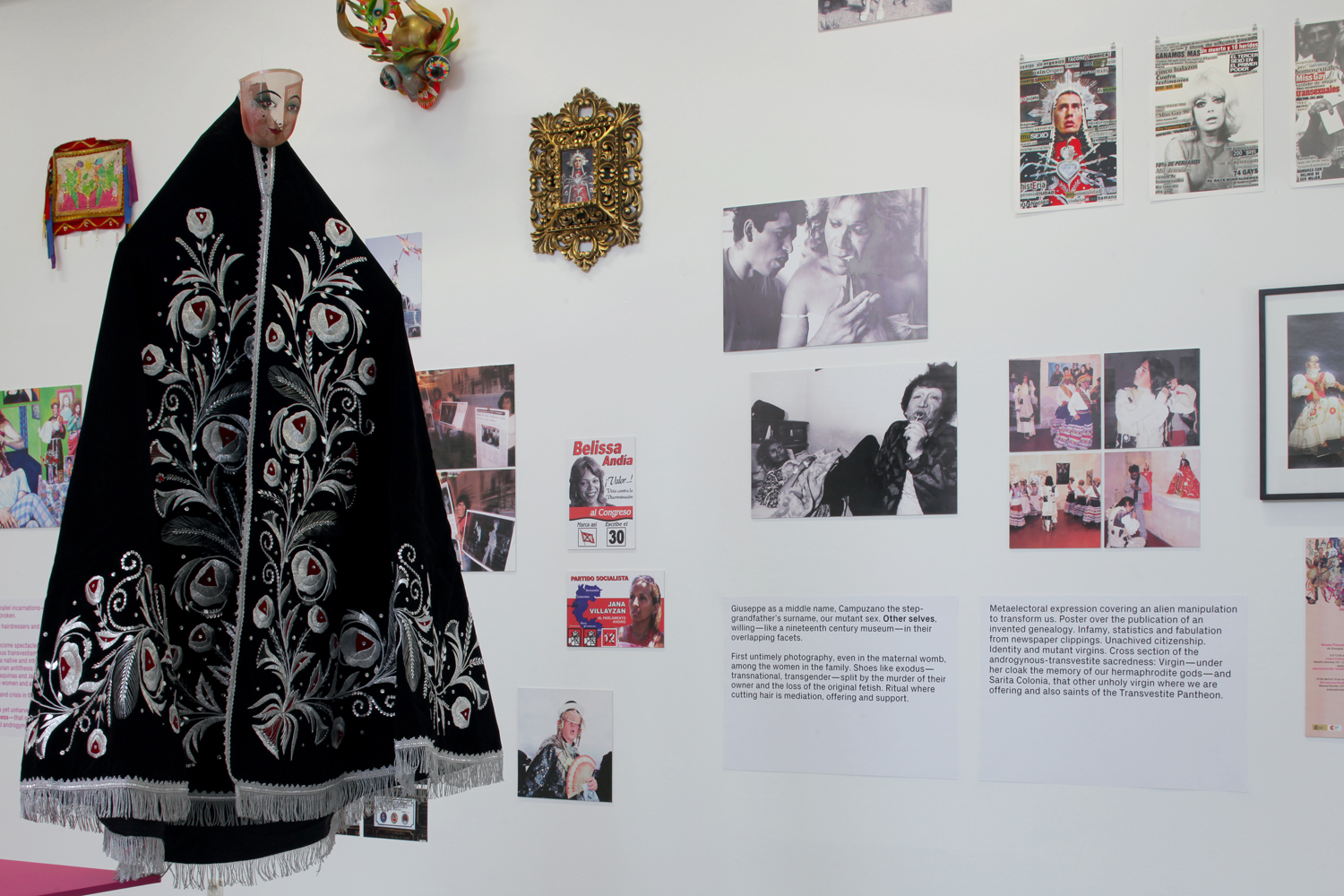 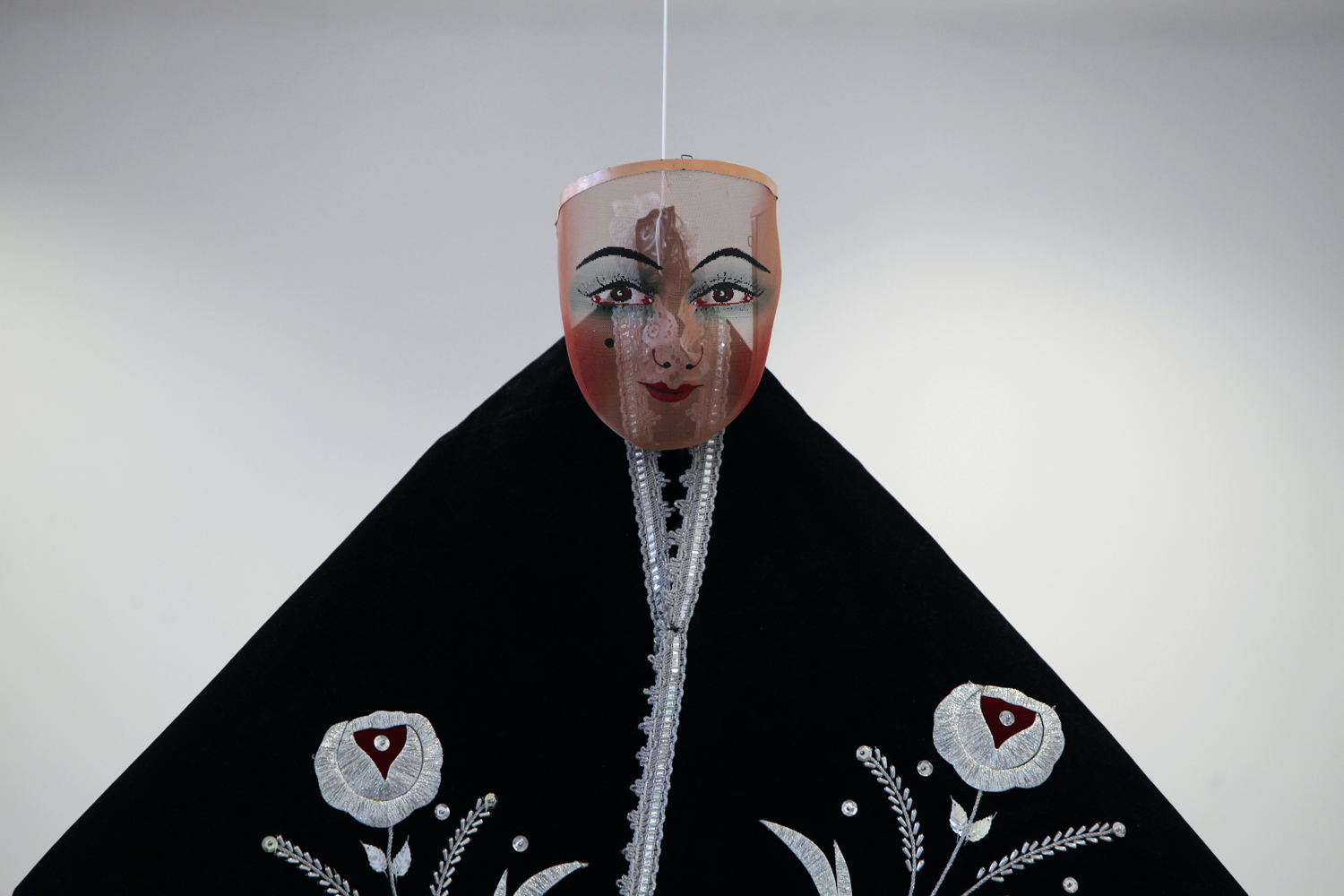 Almost a decade ago, the Peruvian philosopher and drag queen Giuseppe Campuzano created the project Museo Travesti del Perú (Transvestite Museum of Peru). The museum is an attempt to present a queer counter-narrative: a promiscuous, intersectional thinking of history that collects objects, images, texts and documents, press clippings and appropriated artworks, and proposes actions, staging and publications that fracture the dominant models of production of images and bodies. The project, situated halfway between performance and historical research, proposes a critical reviewing of the ‘History of Peru’ from the strategic perspective of a fictional figure Campuzano calls the, ‘androgynous indigenous/mixed-race transvestite’. Here, transgender, transvestite, transsexual, intersexual and androgynous figures are posited as the central actors and main political subjects for any construction of history.

Unlike large institutional projects and their discourses of authority, this nomadic museum does not attempt to ‘represent’ and integrate minorities into the dominant discourses of progress and happiness. It is, rather, a deliberately artificial device that dramatises official histories and fractures the privileged site of heterosexual subjectivity – a subjectivity that turns all difference into an object of study and renders invisible its own contingency and the social processes that led to its constructions. The Transvestite Museum of Peru functions as an experimental wager that vandalises classical theory and history through an irreverent rewriting of transversal imaginaries, referents and knowledges, for a subject unable and unwilling to fit in any existing taxonomy.

Parallel activities. In collaboration with Xavier Gorgol and curated by Genres Pluriels, a Brussels based not-for-profit association for trans and intersex people, which will organise two workshops focusing on the fluidity of genders.
To subscribe to the workshops please write to [email protected]

18 March – 6:00 – 9:00 pm
at La Maison Arc en Ciel, Rue du Marché au Charbon 42, 1000.
Transgender for Dummies: an user-friendly and interactive workshop to introduce to trans identities, and how stereotypes on gender lead to exclusion and discrimination.

26 March – 2:00 – 6:00 pm
at erg
Atelier Drag King: a make up session, dressing up and acting session to explore different kind of masculinities respectfully of the point of comfort of each participant.

16 April – 9:00 pm
at Aleppo, (5th floor) 50, Rue de l’Ecuyer, 1000.
Belgian premiere: the artist-filmmaker Maria Pecchioli will present the documentary film ‘Lei disse sì’ (Just say yes). A tale of two women who love each other: it’s a wedding party where the main ingredients on the menu are civil rights. Screening of the film in the presence of the two protagonists. www.leidissesi.net

The Visible. Office and Project space program is conceived by the Visible team with the curatorial assistance of Alessandra Saviotti and it is generously supported by Cittadellarte – Fondazione Pistoletto and Fondazione Zegna.