November 16: the Visible Award 2019 at the Hôtel de Ville in Paris.

On November 16th, 2019 the Public Jury of the fifth edition of the Visible Award, in collaboration with Lafayette Anticipations, took place at the Hôtel de Ville in Paris, gathering over 200 people in a debate around the ten shortlisted projects. The jury occupied for a day—once again and since 2013—the conceptual and physical space of an actual parliament, allowing the contents and the methodologies addressed in the projects to breath new life in the democratic format of the parliament while highlighting the social transformation potential of such projects. 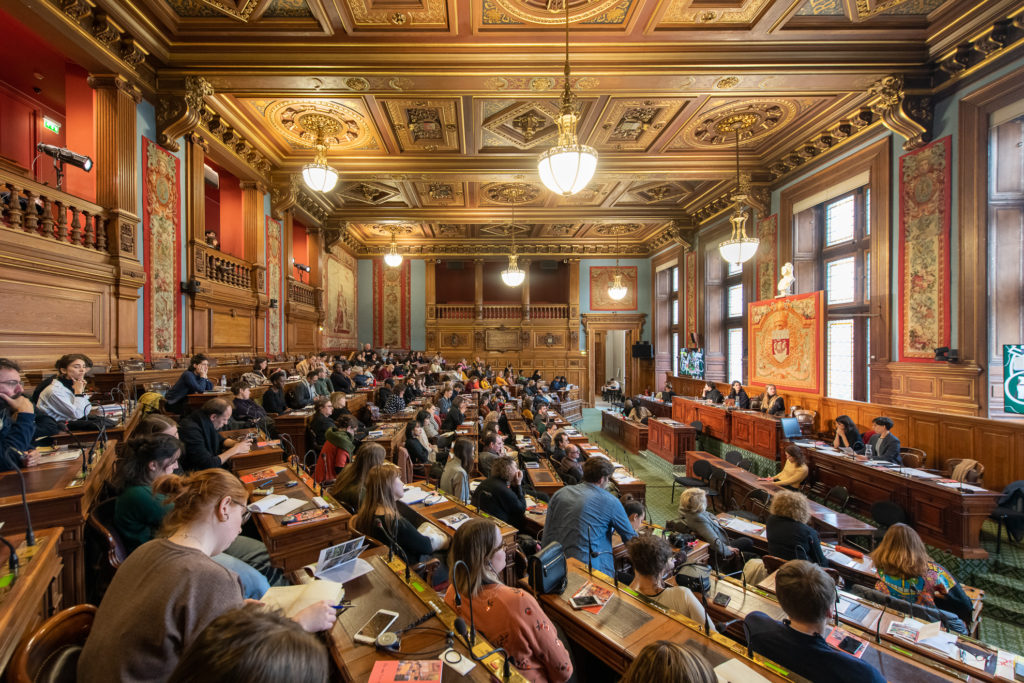 The public’s engagement in the assessment and voting on the art projects transformed the Visible Award again into an occasion for collective learning and the expansion of the discourse instigated by and around the projects. The jury session is not merely a dialogue between experts, to select an exemplary socially engaged art project, but also a moment to reframe the narratives through which we speak about art and its role in processes for social transformation. While assessing the criteria through which we collectively decided the recipient of the 25.000 euros award, the temporary parliament offers an opportunity to deepen the debate around artistic engagement in the public domain.

This temporary parliament was composed of artists, curators, experts, civil society organizers, activists, members of the general public from a multitude of backgrounds, and most importantly a large group of students from visual arts and curatorial studies courses across Europe.
For this edition, we decided to invite a selection of students to be part of the parliament and involve them in the debate where they will actively engage.  A particular role is performed by the CuratorLab students from Konstfack in Stockholm, that acted as advocates for the ten shortlisted projects, after having spent several months preparing for the occasion. 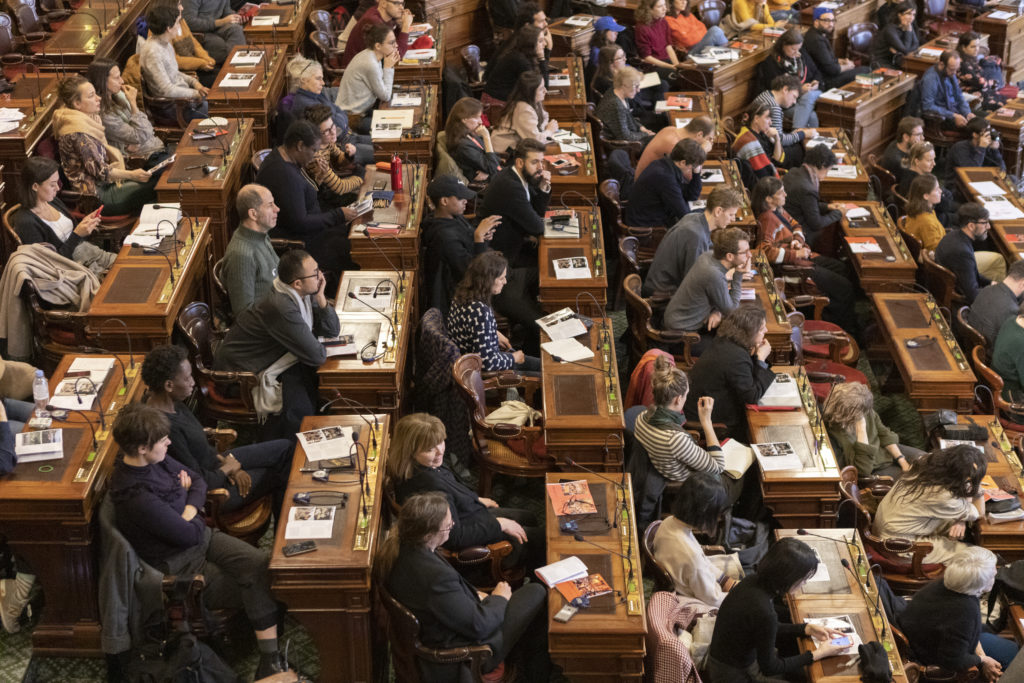 Other Participating Students and delegations in the frame of the 2019 Visible Temporary Parliament:
– The Curatorial Studies program at the Royal Academy of Fine Arts (KASK) of University College Ghent
– The master program Art, Design and Image in a Socio-Political Context at Sint Lucas, Antwerpen
– Open Design Course for Refugee and Asylum Seekers, KASK, Gent

Satellite Sites
remote, independently organized centers for engagement with the Visible Award. Sites enable audiences to experience the Award together and discuss the issues presented during the event in their local contexts. Sites are encouraged to bring in local speakers and organize other live components such as moderated discussions, workshops, artist projects.