我們從未參與:第八屆深圳雕塑雙年展 The 8th Shenzhen Sculpture Biennale: We have never Participated 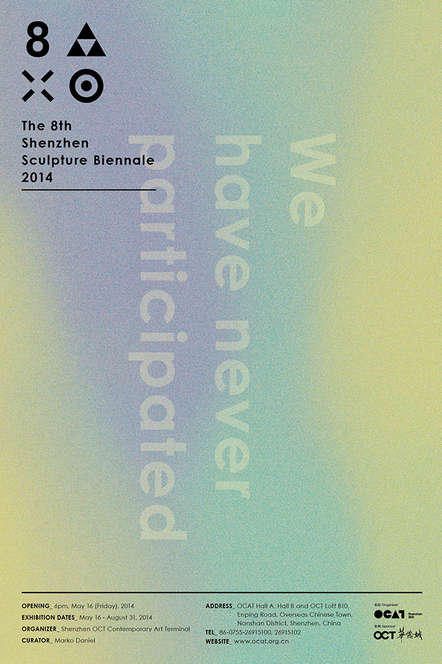 This publication is the exhibition catalogue of the 8th Shenzhen Sculpture Biennale: We Have Never Participated, that took place at OCAT Shenzhen in 2014. This exhibition coined the term ‘post–participation’ in the wake of the increased salience and focus on notions of process and participation as key to understanding contemporary art in the West. However, as suggested by the title of the Biennale, the artistic context in China is defined by the absence of historical traditions of participatory art. The significance of this catalogue lies not only in its documentation of the works featured in the exhibition but also in its inclusion of key essays by international scholars, such as Boris Groys and Shannon Jackson; essays by Zheng Bo and Su Wei that introduced recent artistic development in China; and Lu Pei–yi’s essay entitle ‘We are Participating: Taiwan Context’, which directly addressed the Sunflower Student Movement that took place in Taiwan in the Spring 2014. LPY

"The term post-participation has thus been coined to draw attention not so much to the disappearance of participatory practice but to the fact that it is widely accepted as a given, and has become part of the toolset of contemporary art."