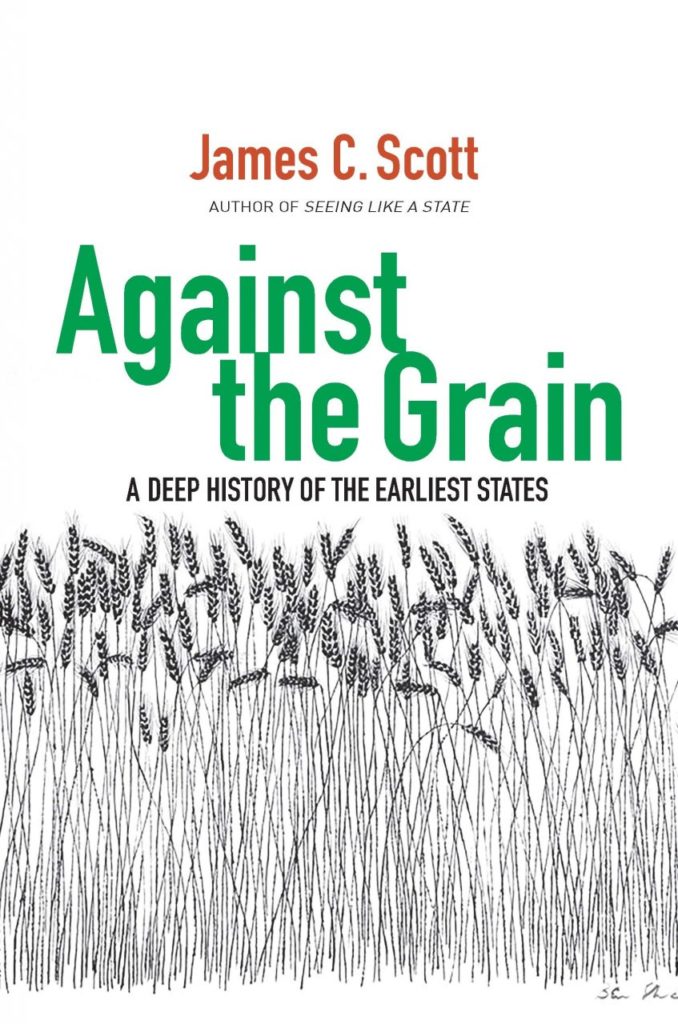 James C. Scott, one of the most important scholars of anarchism and agrarian societies, examines urban spaces, economies and the founding of states through the means of production and dissemination of non-human elements such as crops. It is important to understand the production of spaces not only through the existence of societies or agricultural communities but also through agricultural production or means that influence slavery, exchange and other forms of organisation of urbanism. Scott gives a detailed analysis of Ancient Mesopotamian cities, which is very inspiring and helpful in understanding the role of grain in ancient global urbanism as well as the destruction of cities. The book provides historical facts on colonialism and slavery through the dissemination and means of production of grain that may provide a good source of information for artists who are working with grain and within the practice of farming both in urban and rural spaces. PT

"How were we also domesticated by the domus, by our confinement, by crowding, by our different patterns of physical activity and social organization? Finally, by comparing the life world of agriculture-strapped as it is to the metronome of a major cereal grain-with the life world of the hunter-gatherer, I make the case that the life of farming is comparatively far narrower experientially and, in both a cultural and a ritual sense, more impoverished."

Art and the City: Worlding the Discussion through a Critical Artspace