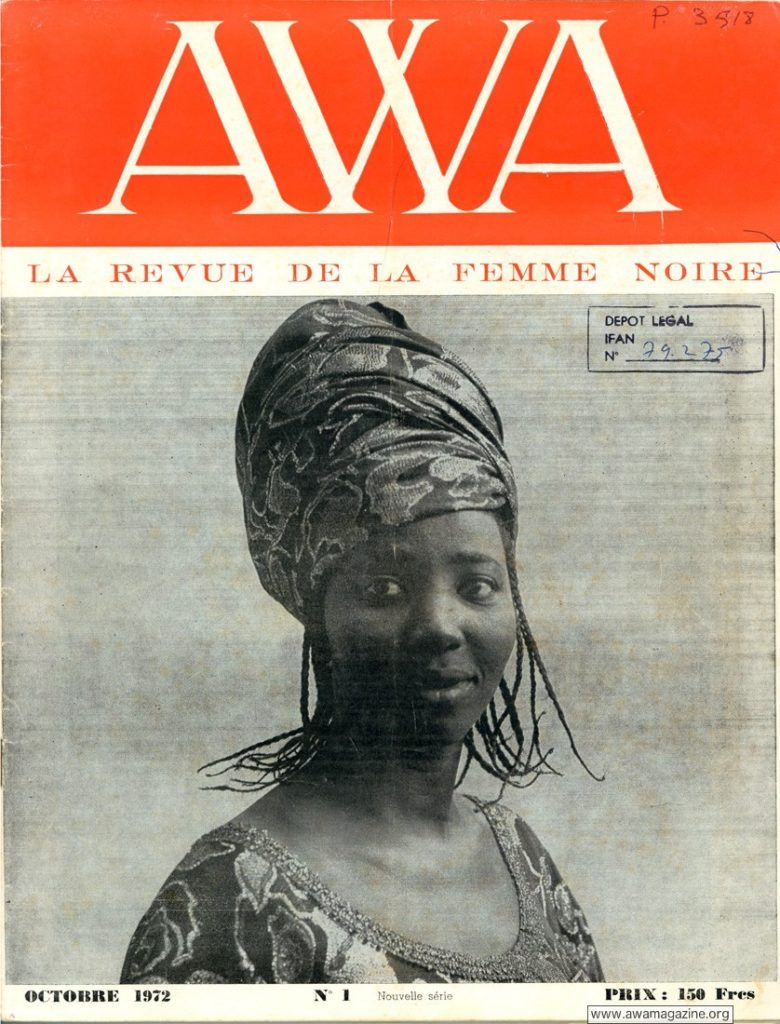 Digitized in 2018 by IFAN, the Fundamental Institute of Black Africa – Cheikh Anto Diop, AWA : la revue de la femme noire was an independent magazine produced in Dakar, Senegal, between 1964 and 1973 by a network of African women. Unique in its kind, AWA was the showcase for an emerging wave of thought and reflections produced mainly by African women in the wake of the African independences. With political essays, poems and topics related to fashion and well-being, the magazine, far from making any claims, offered to bear witness to an era when women could tell their stories and formulate their visions of the world. Its digitisation provides us with the opportunity to go back to a time far from our own but with many resonances to today, both in the relevance of the intellectual proposal and in the similarities with the subjects covered. RMC