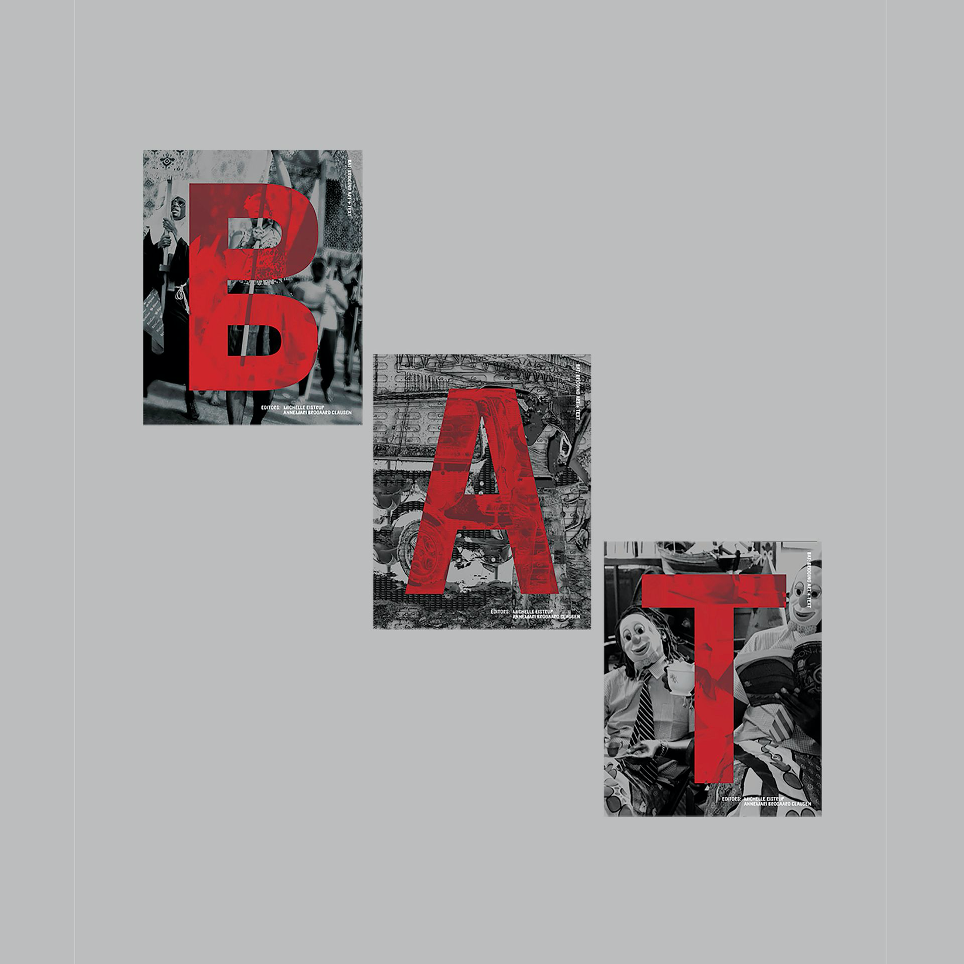 One afternoon, while I was working in CAMP’s office, Frederikke Hansen (as mentioned above, the curator and co-founder of the centre) pointed out the three books of the BAT series lying on a shelf and said: ‘You should definitely read those’. I did read them, and I choose to include BAT in my bibliography because I consider it an endless source of inspiration. I met the chief author several times, since she was one of the five artists presented in Threshold(s), and she talked to me about the publication and its making with so much passion that I thought ‘okay, people need to know about this’, and that’s my little contribution in this respect. From the intro: ‘It provides knowledge and new visual imagery to current identities through the rich potential, culturally and aesthetically, of contemporary art and writing. The publication celebrates the many layers embedded in each artwork, while the texts indicate the vast amount of knowledge out there. The reader is handed a great volume of artworks and texts to create an open and reflective approach to the many aspects and influences that affect the artistic practice of each of the selected artists. It is for the reader to follow different trajectories through the publication, as the texts relate to history, politics, aesthetics and personal accounts. The reader can be led by her or his curiosity, adding different perspectives, interconnections and intimate stories along her or his journey through the publication. The first volume speaks of the connections between art, performance and religion; the second volume deals with racism as well as the omission of voice and identity; the third volume gathers artists and writers who actively critique history and its influence on present times.’ BG

"The slaves walked on their bare feet though two hundred years of Danish history without leaving any other trace than the bit of information we find in the school textbook about Denmark being the first country to abolish the slave trade. Thousands of men, women and children. And one sentence to tell it all. And the claim is also wrong."