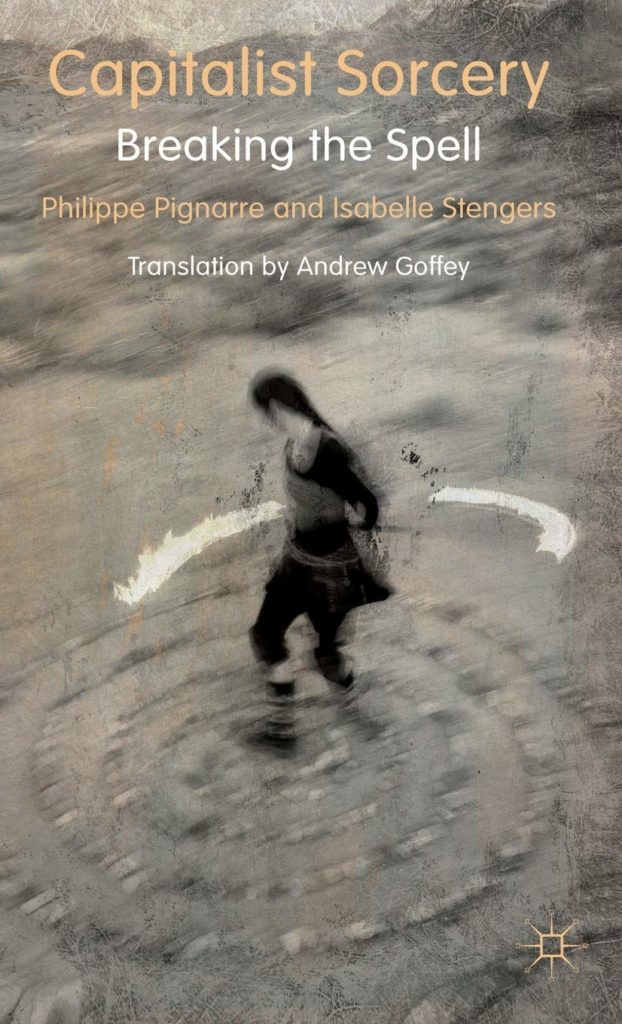 The authors do this as part of their ongoing dismantling of the dominance of Western scientific rationality: ‘What makes people uncomfortable, what is difficult to accept is that witches are pragmatic, radically pragmatic: truly experimental technicians, experimenting with effects and consequences. We have the habit of looking behind; the technique for what would justify it or provide a guarantee but a guarantee against what?’ (p. 138)
The artist Emily Hesse and I are trying to think about what might constitute a ‘Witches Institution’ in an ongoing debate about the future of cultural institutions and their current dismal, politically submissive and hypocritical political structures. What would/could an institution run by alternative magic be? This question points to a radical future that necessitates brave attempts to change; I believe that Visible is doing this right now. AP

"Neo-pagan witches have learned that in the first place the technique or the art, the craft that they call magic is not what has to be rediscovered, in the sense of an authentic secret. It is a matter of reclaiming, of reactivating. And it is also a matter of relaying the old knowledge that such an art forces one to pay attention, to protect oneself, that is to say in the first place and above all, not to think of oneself as sufficient unto oneself. They have learned (again) the necessity of casting the circle, of creating the closed space where the forces they have a vital need for can be convoked."