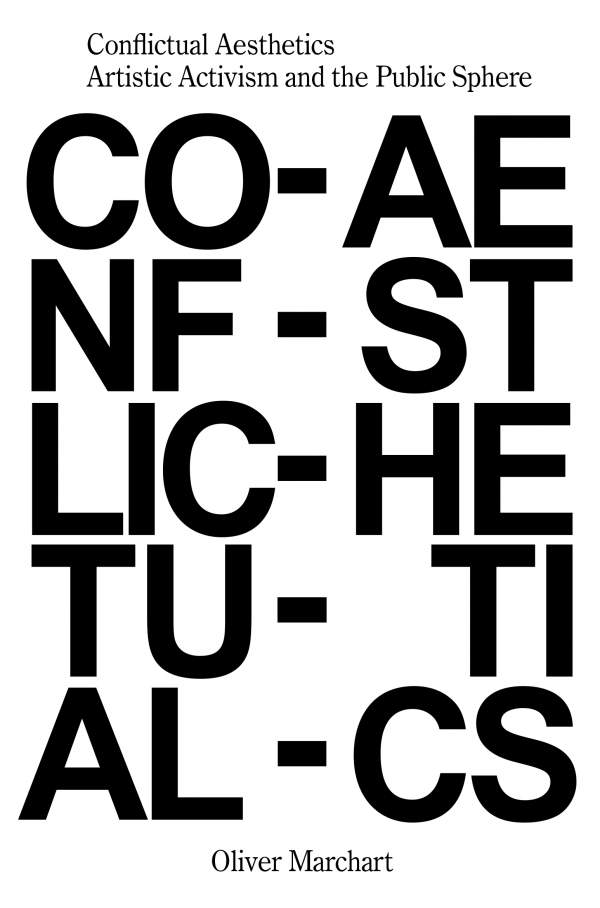 Conflictual Aesthetics dwells on art practices connected to a political movement rather than art institutions. Oliver Marchart, a non-academic academic, employs political theory as opposed to art theory to read contemporary art, public art and the public sphere. Using accessible language, he traces the relations between art and activism, the political and the conflictual, and introduces the notions of ‘biennales of resistance’, ‘counter-hegemonic curator’ and ‘pre-enactment’. The latter is an inspiring inversion of ‘re-enactment’. His favourite example of such a rehearsal of the political is an action by Public Movement, which created a temporary public sphere in 2011 in Tel Aviv by dancing and obstructing the circulation of traffic, ahead of Occupy Movement. The book is a refreshing read, illuminating what is in fact public in public art. JW

"Public Sphere opens when routines institutions and identities of our social world are touched by antagonism, which can be performed by peaceful dancing."