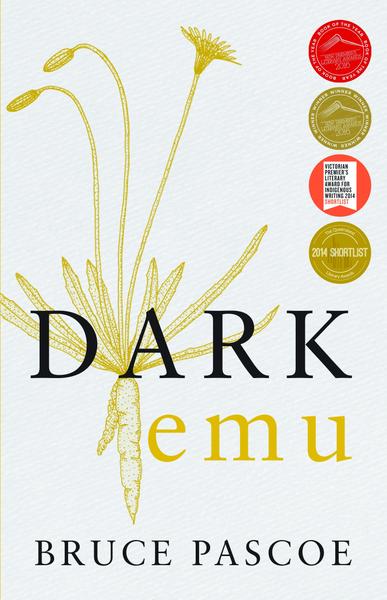 Sometimes a book is a movement. That is the case with Pascoe’s Dark Emu. First published in 2014, it is now into its twenty-fifth reprint. After a fumbled right-wing attempt to discredit the author in early 2020, the uptake of this book shows no signs of slowing at the time of writing. The book opens with an astrological image. The Dark Emu of the title is Biame, a Spirit Emu visible as a dark shape in the Milky Way. Pascoe points out that whereas the European tradition is to stare at the stars, the Indigenous way is to recognise the spaces between them. From here he goes on to expound a vast retinue of Indigenous agricultural and socio-political technologies that have been and largely remain unseen by the settler-colonial or modern European mind. The book is inseparable from praxis, and earlier this year Pascoe led a harvest of mandadyan nalluk grain, in a project developed with a community near Mallacoota. Just as important for many were the photos that also circulated in early 2020 of Pascoe clad in volunteer firefighter gear as terrible infernos raged and the national leadership left for Hawa’ii. VZ

"Baiame, the creator Spirit Emu, left the earth after its creation to reside as a dark shape in the Milky Way. The emu is inextricably linked with the wide grasslands of Australia, the landscape managed by Aboriginals. The fate of the emu, people, and grain are locked in step because, for Aboriginal people the economy and the spirit are inseparable. Europeans stare at the stars, but Aboriginal people also see the spaces between where the Spirit Emu resides."

Understanding how Kurdish women are transferring agricultural knowledge about local seeds to the next generations from ecofeminist perspective: A case study of Doski cucumber