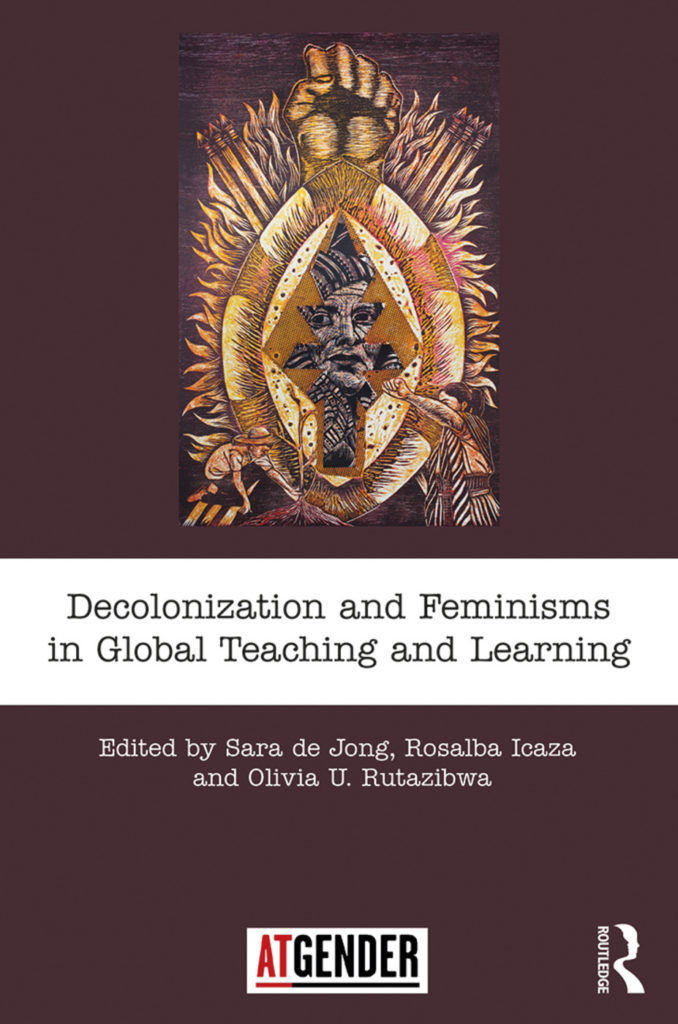 ‘The classroom remains the most radical space of possibility in the academy’, bell hooks affirmed in Teaching to Transgress: Education as the Practice of Freedom (1994). The collection of essays in Decolonization and Feminisms in Global Teaching and Learning definitively call for the creation of radical and liberating spaces in the academy and beyond. The decolonisation of universities has to go through the re-examination of how knowledge is produced and taught. It is only strengthened when connected to feminist thought and critical queer and gender perspectives open to its own decolonisation. Another precious resource are the manifestos related to ongoing political struggles that are interspersed between the chapters. Drawn up by activists around the globe, they generate a strong relationship between political action and reflection in praxis. JW

"Since the political struggles that feminist and decolonial thought emerges from cannot be
fixed in interdisciplinary boxes, they have both embraced trans-and interdisciplinary modes
of engagement. As Trinh Minha states, interdiscipliarity is not a simple adding of different
disciplines together, but instead 'it is to create in sharing a field, that belongs to no one, not
even those who create it (1991) and, in so doing, it questions the notions of specialisation,
expertise, professionalism, and discipline. The academy is considered a site, which can
nourish but also stifle critical thought and reproduce dominant frameworks as well as
colonial patriarchal oppressions'."

"The horizon of possibilities that are imposed on us female academics from the 'South' and
'educated' by the academia of core countries in the geo-politics of knowledge…
Condemned to deny our origin in relationship to those "other" woman, for many of us to be
desraizada (unrooted) became a sign of emancipation and freedom."

Asia as Method: Toward Deimperialization

What is a World?: On Postcolonial Literature as World Literature