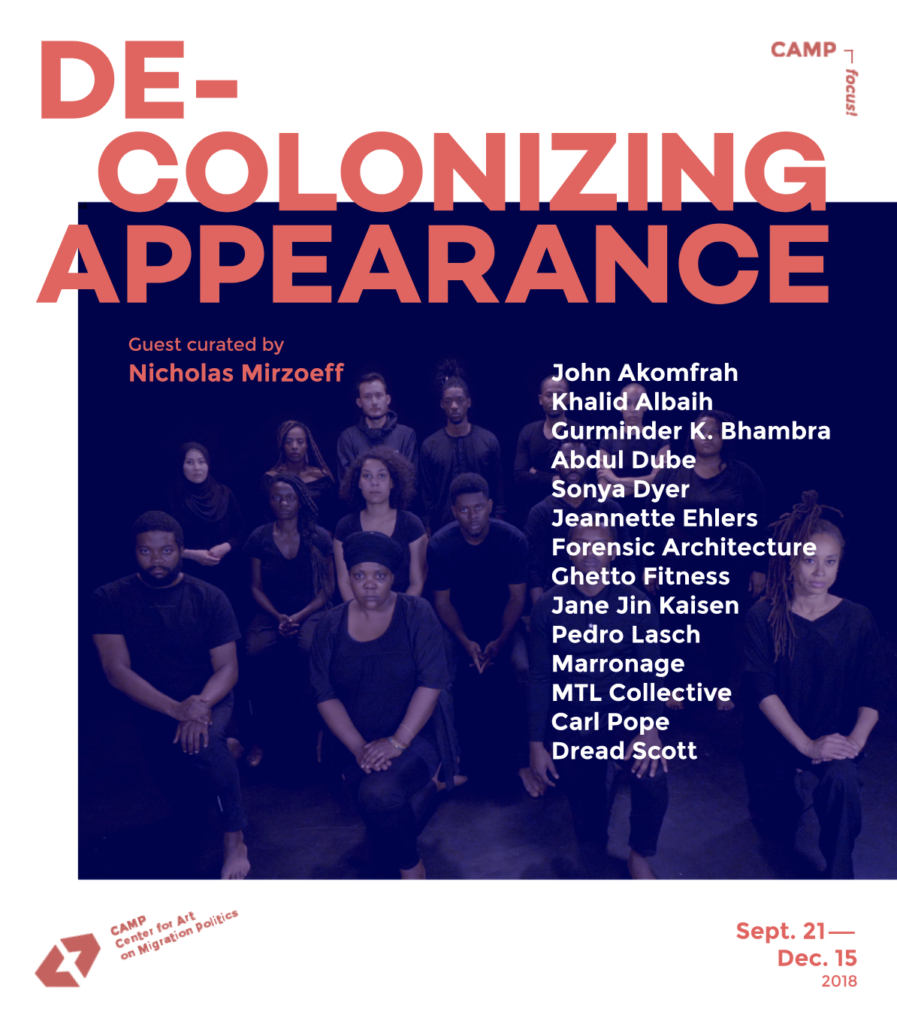 CAMP/Center for Art on Migration Politics

CAMP/Center for Art on Migration Politics

The curatorial concept of CAMP was conceived by its two founders as divided into two pathways: the first one lasted from 2015 to 2017, with the title Migration Politics, the second one from 2018 to 2020 with the name State of Integration: Artistic Analyses of the Challenges of Coexistence. Decolonizing Appearance was the first exhibition of the second round. Co-curated by the visual culture theorist and professor at NYU Nicholas Mirzoeff, ‘this large group exhibition aimed at examining what appearance is, how it is used to classify, separate and rule human beings on a hierarchical scale, and how we can challenge this regime. How do the colonised and the coloniser appear to each other? What happen when appearance is decolonised? Appearing is a social event, a common encounter between myself and those to whom I appear: because it is a social event, appearance is regulated by the state; even in terms of the body, appearance is not a fact but a process of social and legal judgment. The exhibition explored how appearance in all senses – legal, political, personal – still determines the possibilities of life within the colonial framework of classifying/separating/aestheticizing, and it works on what it would mean to decolonise that appearance. Viewers are invited to think and act on how to produce worlds where no one is illegal, where Black lives matter, where no one has to use #metoo’. BG

"People inevitably appear to each other unequally because history does not disappear."

We shout and shout, but no one listens: Art from conflict zones