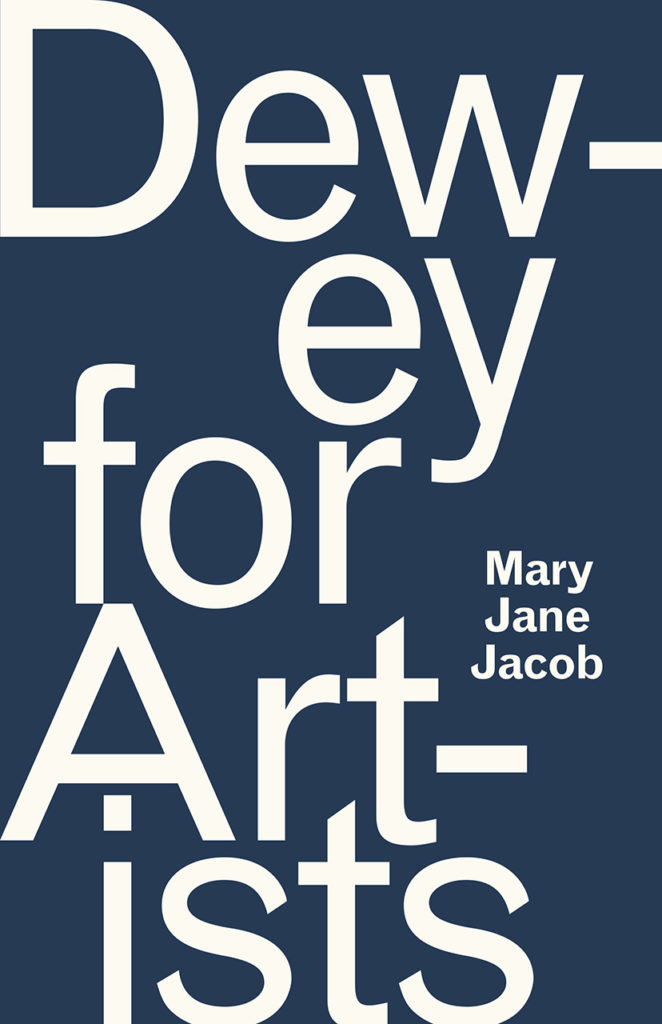 The University of Chicago Press

Mary Jane Jacobs is an international key figure in the socially engaged art scene, and with this book she analyses the figure of John Dewey and the influence of his work on thinking about art as a way to influence society. By discussing the practices of artists such as Tania Bruguera, Trampoline House, Jon Rubin and Dawn Weleski, to name a few, she is able to retrace the seeds that Dewey disseminated in his work. The man that, by the 1960s, famously affirmed that ‘art is not the thing but the experience’ is praised for his ability to see in the artistic practices the possibility to enact progressive democratic values through the participation of citizens and the idea that democracy is alive only when daily creative acts breathe new life into it. ML

"The art of democracy—for it is a creative way of life we make and keep making—is driven by what we care about. Social institutions had to continue to extend rights and keep freedom alive. And while citizens grew in individual agency, they needed to remain responsible to democratic values and create a caring culture. Democracy is not 'based upon the traditional ideas which make the individual and the state ready-made entities in themselves', but rather democracy is but a name for the fact that human nature is developed only when its elements take part in directing things which are common, things for the sake of which men and women form groups—families, industrial companies, governments, churches, scientific associations and so on."

"Art is a way we practice democracy. Democracy can be practiced as an art. Thus, art and democracy were a lot alike to Dewey. Both are embodied, lived practices. Both are creative processes. Both have an aesthetic dimension and, therefore, in our experience of them lies the potential for our transformation. The philosopher also believed that art has the ability to help us develop into better citizens, because art catalyzes change, helping us as well as society to grow and remain vital. Thus, the appreciation of art has a moral and political dimension."