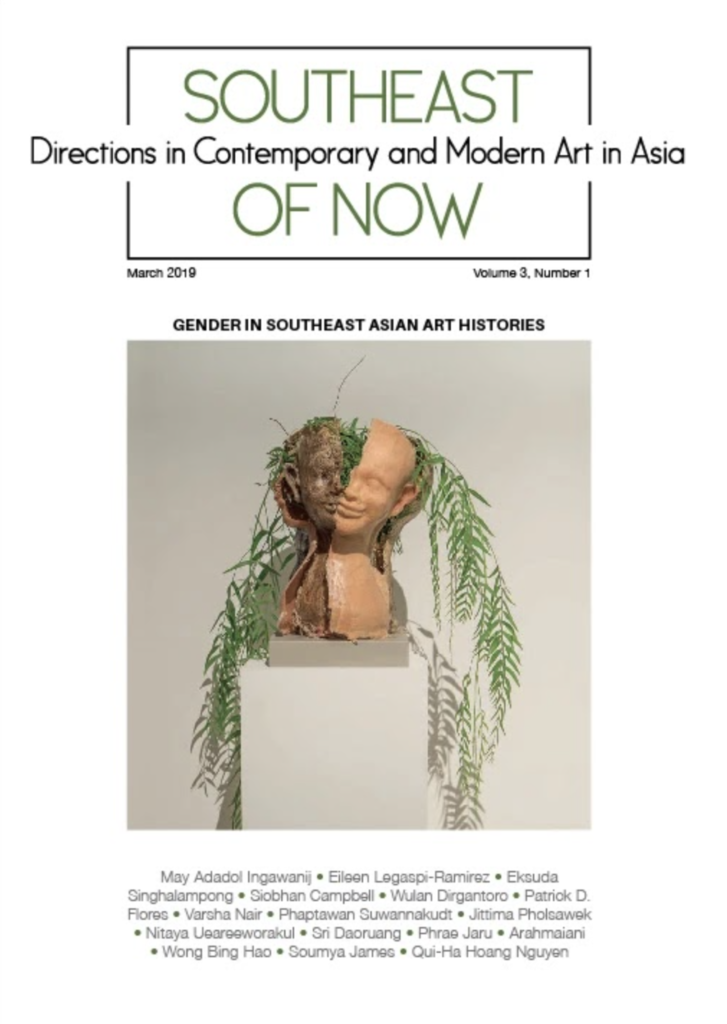 Southeast of Now is a biannual publication focusing on writings on contemporary and modern art from the Southeast Asian region (south of China, east of India). Launched in 2017 by a group of young art historians, scholars and curators working in the region, each volume of the journal presents different topics such as the archive, movement, modernity/modernism, pedagogy, etc. I chose to recommend the Southeast of Now issue on gender in Southeast Asian art histories as it is a subject that does not seem to have been explored in-depth as much as other topics in the series. The volume aims beyond discourses on ‘women’s art’ and ‘women artists’ by including representation and aesthetics and other manifestations of gender and sexual difference in artistic practices and cultural formations in Southeast Asia, with writings by Eileen Legaspi-Ramirez and Patrick D. Flores, and a special focus on the women artists’ initiative Womanifesto (1997–2008) in Thailand. NKP

"[I]n a supremely ambivalent gesture, the future Buddha leaves behind the many subaltern women who literally de ne his princely existence to seek a new transcendent state. Is this a protofeminist act or simply another in the apparently limitless reinventions of phallocentrism? Women are, to begin with, so many foils—the condition of possibility—for this model man to surpass himself in obtaining perfection."