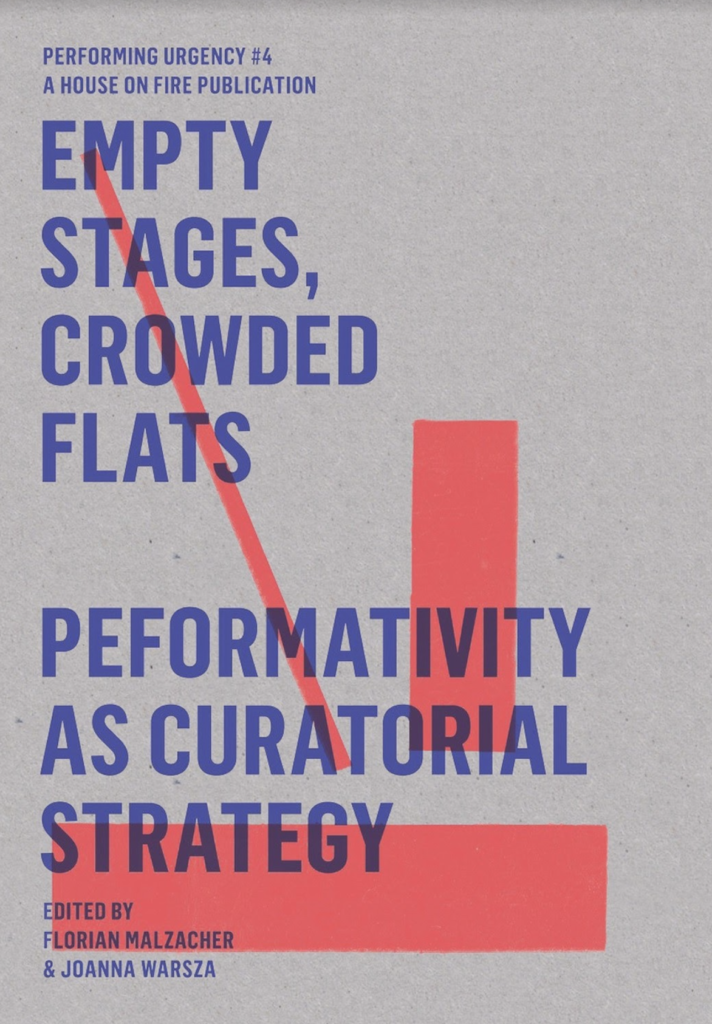 During its impressive career over the last decades the term ‘performative’ has developed many parallel, sometimes opposing meanings in the humanities, philosophy, anthropology, arts and economics, leading up to a ‘performative turn’. When we propose to apply this notion in the context of curating, we follow Austin’s and Judith Butler’s belief in the performative capacity to implement and transform reality with words and actions – as ‘reality-making’ – but we also emphasise the colloquial notion of the performative as ‘theatre-like’. Considering those two strands as interdependent agents we investigate an array of situations from choreographed exhibitions, immaterial museums, theatres of negotiation and discursive marathons, to subversive public art projects and inquire how curating itself has become staged, dramatised or choreographed to produce new forms of publicness. One of the case studies from the book is Le Théâtre des Négociations – a political, diplomatic, scientific, pedagogical and artistic experiment that took place in May 2015 at Nanterre-Amandiers. Le Théâtre des Négociations was conceived by SPEAP (Programme d’expérimentation en art politique de Sciences Po) and Bruno Latour, the make-it-work-team at SciencePo, and implemented by Philippe Quesne and raumlaborberlin. Two hundred students from all over the world took part in a simulation of the international conference of parties on climate change, the COP21, in front of an audience for five days. JW

"A drama is going on. There is not a better place than a theater to tackle it."

Experiences of the Common Good: inSite/Casa Gallina: A Project Immersed in a Neighborhood