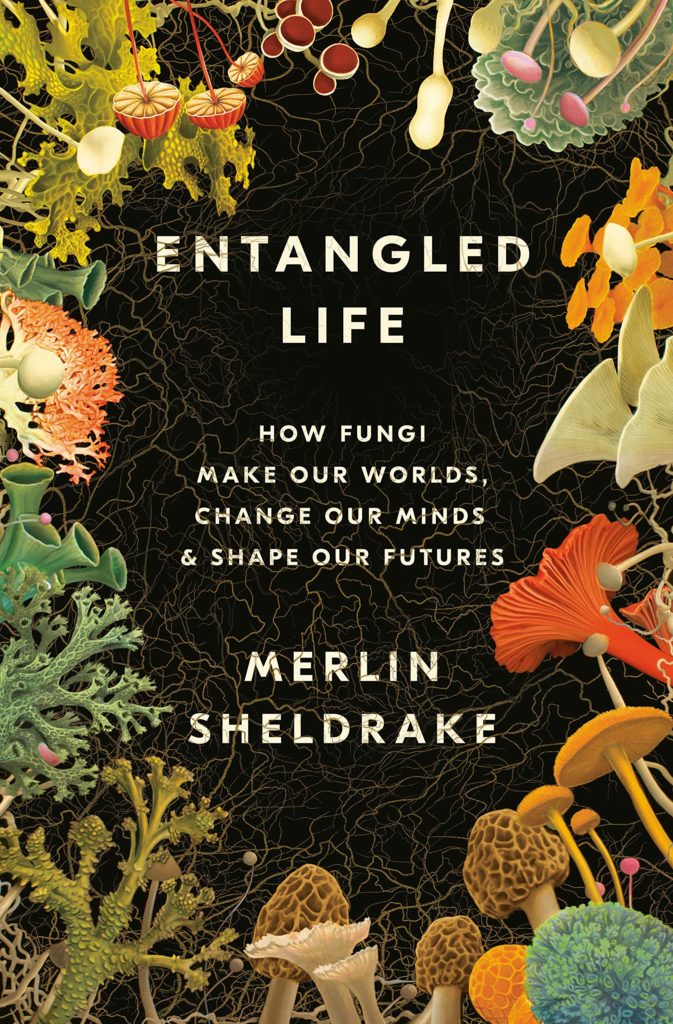 Fungal networks can be tiny ephemeral puffs that live on little specks of dust or sprawl over ten square kilometres, weighing hundreds of tonnes, and reach the age of between two and eight thousand years. We are rarely able to see them, but they are inside us and all around us. Merlin Sheldrake is a biologist with the radical imagination of a poet. Sheldrake reveals how this wonderful mycorrhizal world and our entanglement/cospiracy with it could shift our understanding of living together. These extraordinary and sophisticated organisms put into question our concepts of individuality and intelligence and prompt us to think in new ways about what it means for organisms to ‘solve problems’, ‘communicate’, ‘make decisions’, ‘learn’ and ‘remember’. JW

"A number of organisms with extreme tolerances have been sent into orbit, from bacterial
spores to free-living algae, to rock-dwelling fungi, to tardigrades – microscopic animals
known as 'water bears'. Some can survive if shielded from the damaging effects of solar
radiation. But few, apart from a handful of lichen species, are able to survive in full space
conditions, drenched in unfiltered cosmic rays. So remarkable are these lichens’ abilities
that they have become model life forms for astrobiological research, ideal organisms 'to
discern', as one researcher writes, "the limits and limitations of terrestrial life". It isn’t the
first time lichens have helped humans to fathom the limits of life as we know it. Lichens are
living riddles. Since the nineteenth century, they have provoked fierce debate about what
constitutes an autonomous individual.The closer we get to lichens, the stranger they seem.
To this day, lichens confuse our concept of identity and force us to question where one
organism stops and another begins."

"Imagine that you could pass through two doors at once. It’s inconceivable, yet fungi do it
all the time. When faced with a forked path, fungal hyphae don’t have to choose one or the
other. They can branch and take both routes. One can confront hyphae with microscopic
labyrinths and watch how they nose their way around. If obstructed, they branch. After
diverting themselves around an obstacle, the hyphal tips recover the original direction of
their growth. They soon find the shortest path to the exit, just as my friend’s puzzle-solving
slime moulds were able to find the quickest way out of the IKEA maze. If one follows the
growing tips as they explore, it does something peculiar to one’s mind. One tip becomes
two, becomes four, becomes eight – yet all remain connected in one mycelial network. Is
this organism singular or plural, I find myself wondering, before I’m forced to admit that it is
somehow, improbably."