Fight-Specific Isola: Art, Architecture, Activism and the Future of the City 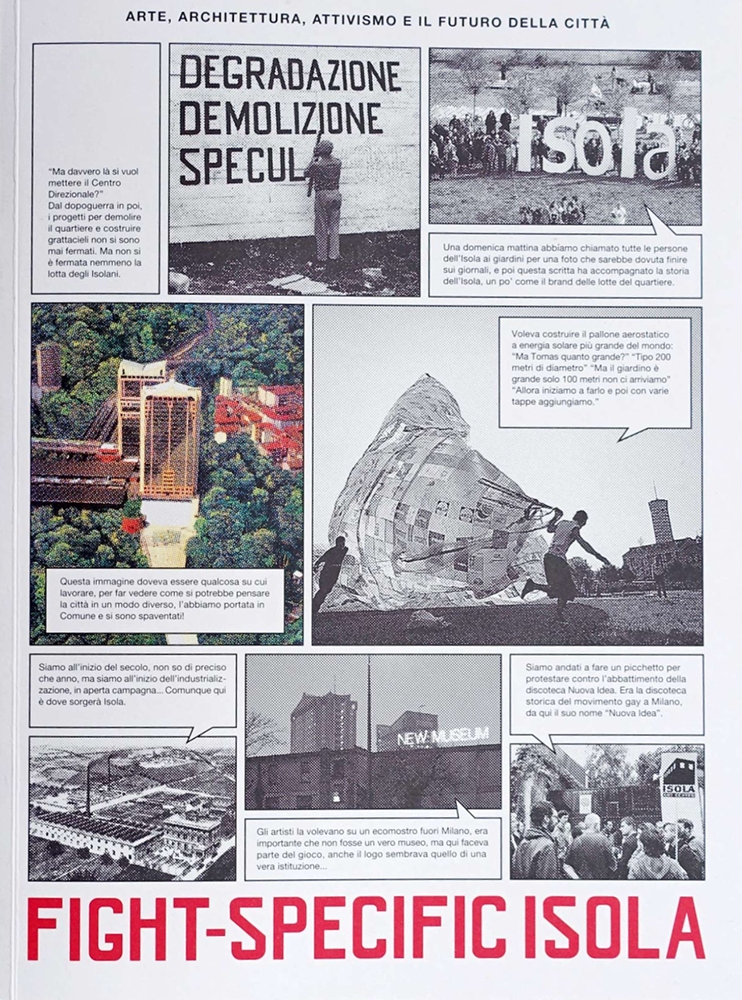 This incredibly rich book bears witness to the decades-long fight of the Isola neighbourhood in Milan against gentrification, across community art experiences and politically organised actions under the collective name of Isola Art Centre. The presence of artists in this experience helped the daily laboratory that each time invented different formats and words to deal with and describe the ongoing struggles against neo-liberal politics and their predatory consequences on the neighbourhood's real estate and social fabric. Words such as ‘dirty cube’ or ‘fight-specificity’ helped define the complexity of tactics and strategies that Bert Theis and many other collaborators enacted to bridge their artistic practices with the civic actions of hundreds of citizens, continually reinventing novel discursive systems through which to unfold a new imaginary of the neighbourhood and its futures. ML

"We originally coined the term fight-specific art to describe forms of art related to our urban fight. Our work focused on the Isola district has undoubtedly been site-specific. But the decision of siding with the movement and supporting the alternatives suggested by citizens, of fighting against the neo-liberal policies promoted by the political leaders and building speculation, made it necessary to extend the site-specific concept to the new fight-specific one."

"The dirty cube concept is strictly connected to the platform concept, a form of open organization allowing artists, activists, curators, theorists, individuals, different persons and collectives to freely carry out their own proposals and projects in a fight-specific frame. The platform is not a collective having defined members: collectives have joined the platform either sporadically or over the long term. Neither is it an 'artist-run-spce'. As a matter of fact, there is no director or curator who has the last word on the program or the projects to be carried out. Decision-making is horizontal and rhizomatic."

Losing the Human Form: A Seismic Image of the 1980s in Latin America

Talking to Action: Art, Pedagogy and Activism in the Americas

Art and the City: Worlding the Discussion through a Critical Artspace