Forensis: The Architecture of Public Truth 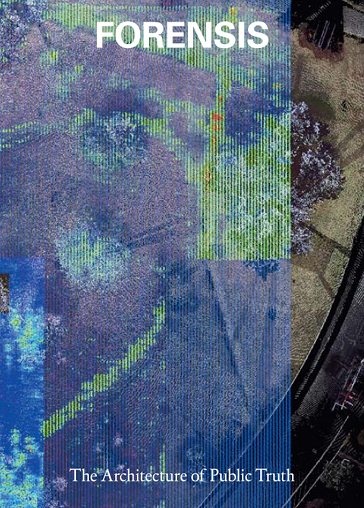 Sitting on a highly productive and critical juncture between expanded architecture, visual arts and social justice activism, Forensic Architecture has redefined the practice of interdisciplinary research and its agency like few others before it. This volume excavates the origins of the term forensis (Latin for ‘pertaining to the forum’ and the root of the term forensics) through different case studies and texts which investigate the violation of human rights, political struggles or environmental violence in different geographies. The result is a novel and complex articulation of the notion of public truth as a ‘common project under continuous construction’, and the consolidation of a new lexicon that re-imagines the meaning of evidence, ruins, remote sensing or jurisdiction. JMA

"Material forms can thus only reflect history in fragments and ruins, and suggest uncertain , discontinuous, and lacunar interpretations. But although we can never know the past as a conclusive, transparent fact mechanically etched into materiality, we should avoid the temptation of an anti-universalist perspective which regards truth simply as inherently relative, contingent, multiple, or nonexistent, and instead view truth as a common project under continuous construction."

The Routledge Companion to Art in the Public Realm

The Great Derangement and the Unthinkable