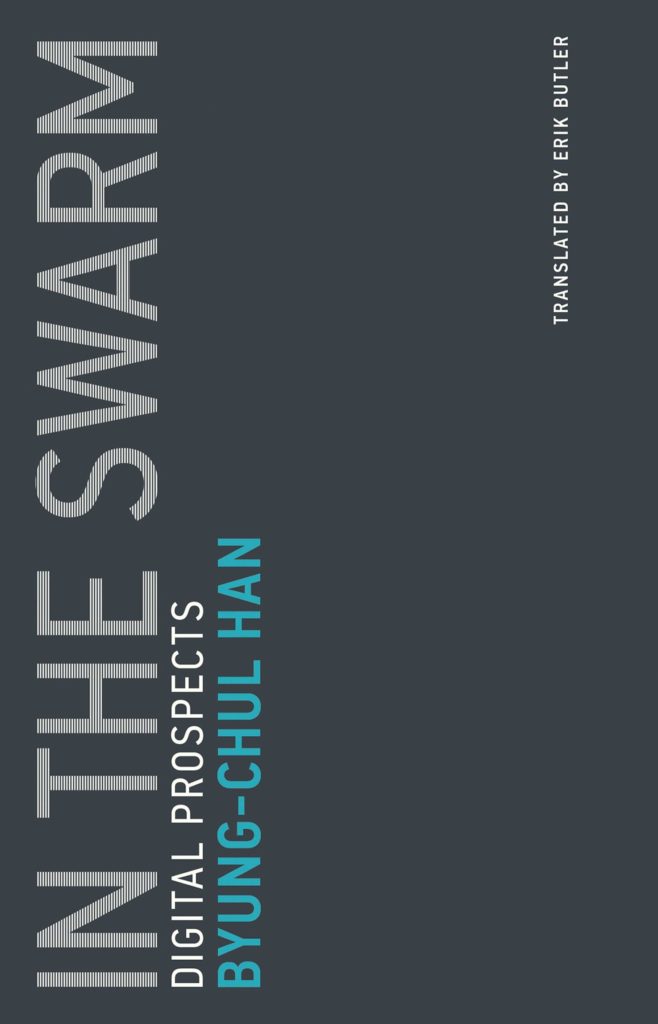 Byung-Chul Han puts Twitter revolutions and Facebook activism into question by arguing that digital communication is fomenting the disintegration of public space and community building practices, while slowly breaking up the possibility for real political action and significant political discourse. The hyperactive senders and receivers of this communication have become a digital swarm – not a mass, or a crowd, or a ‘multitude’, (Negri/Hardt) but a unit of isolated and fragmented individuals incapable of forming a ‘we’, incapable of calling dominant power relations into question, incapable of imagining radically new planetary alternatives because of an obsession with the present and the culture of the ephemeral. JW

"The digital swarm does not constitute a mass because no soul—no spirit—dwells within it.
The soul gathers and unites. In contrast, the digital swarm comprises isolated individuals.
The mass is structured along different lines: its features cannot be traced back to
individuals. But now, individuals are melting into a new unit; its members no longer have a
profile of their own. For a crowd to emerge, a chance gathering of human beings is not
enough. It takes a soul, a common spirit, to fuse people into a crowd. The digital swarm
lacks the soul or spirit of the masses. Individuals who come together as a swarm do not
develop a we. No harmony prevails—which is what welds the crowd together into an active
entity. Unlike the crowd, the swarm demonstrates no internal coherence. It does not speak
with a voice. The shitstorm lacks a voice, too. Accordingly, it is perceived as noise."

"Under the dictate of transparency, dissonant opinions or unusual ideas are not voiced in
the first place. Hardly anything is ventured. The imperative of transparency produces a
strong compulsion to conform. Like constant video surveillance, it gives rise to the feeling
of being watched. Therein lies its panoptic effect. Ultimately, it comes to a Gleichschaltung
of communication, the repetition of the same: Constant media observation has made it
impossible for us [politicians] ever to discuss provocative or unpopular topics and positions
openly in a confidential setting. You always have to count on somebody passing it on to
the press."

Propaganda Art in the 21st Century