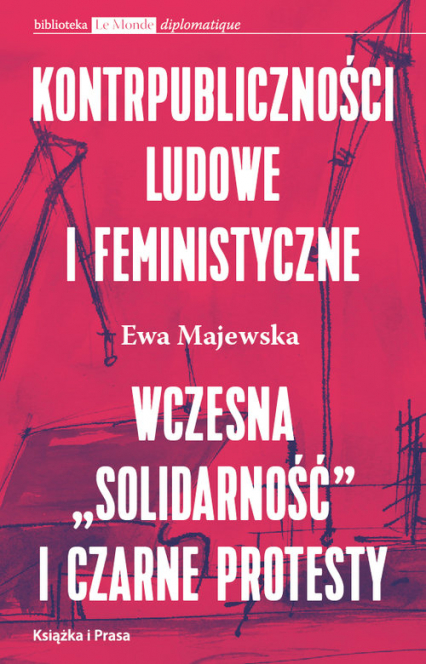 People’s and Feminist Counterpublics: Early ‘Solidarność’ and the Feminist Black Protests offers a passionate take on an early ‘Solidarność’ movement (1980–81) and the feminist Black Protests in Poland (2016–18). Both of those social movements inspire contemporary debates concerning the public sphere and the agency of counterpublics. Majewska notes that many lamentations about the crises of publicness still omit women and the working classes – groups and subjectivities fundamental to the revival of the theory and practice of the public sphere, the practice of contestation, resistance and social change. Majewska also introduces her concept of weak resistance, a socialist feminist response to the hegemonic, heroic and masculine visions of political agency. JW

"The non-hegemonic, weak agency is that which is making history in the shadows and margins, excluded from the classical political theory as practiced in Europe. The agency of the oppressed, marginalized and excluded, was at the core of Walter Benjamin's idea of 'weak messianism'. In my book I argue that such is the agency of the counterpublics, making the political and the history in the context of productive and reproductive labour, and thus undermining the public/private division. Additionally I also expand the concepts of counterpublics, in the versions offered by Alexander Kluge and Oscar Negt (Proletarian counterpublics, see: 1988) and Nancy Fraser (feminist and subaltern counterpublics, 1991)."