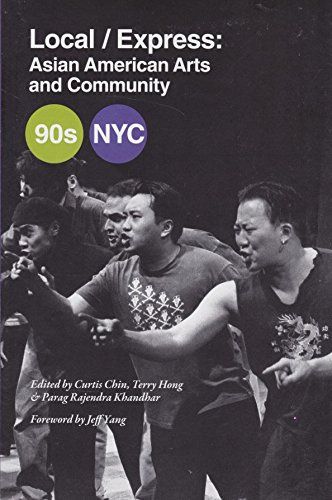 This collection of essays gives insight into the way Asian communities, including South Asian, were built in the United States during the 1990s and its political landscape. This book is important to me for various reasons, one being the fact that it includes most of the South Asian community that shaped my own politics while I lived, studied and worked in the United States in the early 2000s. It includes an essay on one of the first collectives I was a part of – SAWCC South Asian Women’s Creative Collective – written by one of my mentors, the artist Jaishri Abichandani. MT

"Fueled by the activism in the Clinton era, NYC was a hotbed of ideas and movements for pogressive South Asian Americans in the 1990’s. We had the Guerilla Girls and Godzilla in our backyards, Desh Pardesh, the festival for South Asian Arts, Culture and Politics in Toronto, and the Black and Asian movement in London challenging the norms and generating new ways of looking at ourselves. Arts and Activism were firmly intertwined, with artists collaborating and producing works across disciplines and racial divides. The Asian American Artists Workshop (AAWW), the located in the basement on St. Marks in the East Village, was one such incubator and nexus for activity - a safe space for writers and artists alike to create culture and self-define multiple identities. Several organizations were born at this time, including SAWCC, which has been housed by AAWW for our 16 year history."