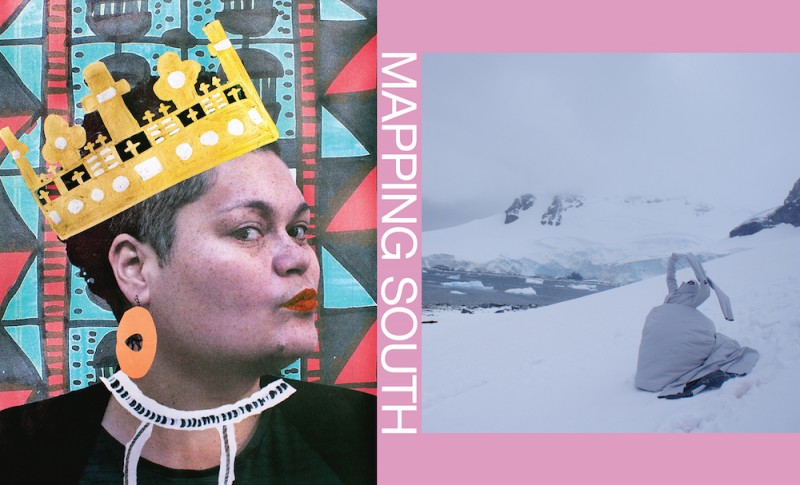 Mapping South is the outcome of an ambitious exploration of the idea of the South that took place over the course of almost ten years as part of The South Project, initiated by Anthony Gardner in Melbourne, Australia in 2003. The South Project comprised a series of artist residences, workshops and exchanges that were held in Melbourne (2004), Wellington (2005), Santiago (2006), Johannesburg (2007), then Melbourne (2008) again and Yogyakarta, Indonesia (2009). Divided into four themes – Navigating South, Crafting South – Living South, Whose South Where? and Translating South, this publication presents the notion of the South not as a fixed geographic entity or a geo-economic category but as a distinctive mode of inquiry that addresses the complex entanglements of history and geography, in order to open up new ways of understanding contemporary transcultural relations. LPY

"The South is itself a mode of questioning that, while it draws of these entanglement between history, geography, movement and desire, seeks new ways of perceiving transcultural relation today. In this sense, the South is both analytic and catalytic."