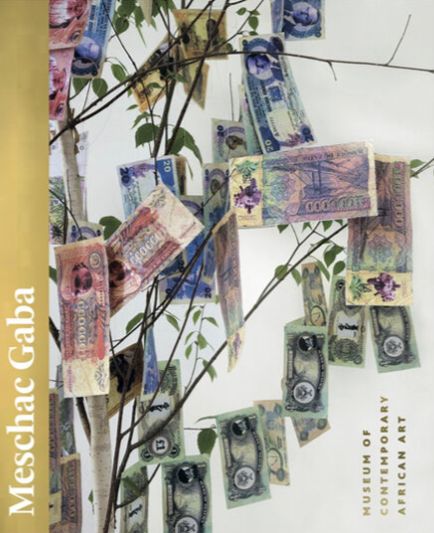 Museum of Contemporary African Art is the catalogue of the eponymous exhibition that was presented at Tate Modern in 2013 by artist Meschac Gaba. We could also have started this note by saying that it was an artwork in itself, since the artist deployed a museum infrastructure at the very heart of Tate’s museum display. In fact, not being able to project himself within these walls, he made sure that the space adapted to his needs rather than settling for denying his own reality. This echoes the feeling of evolving inside a culture that is not one’s own, while still wishing to find one’s place within it. It also echoes the fact that art history, in many respects, makes invisible the bodies that could be described as ‘unsanctioned’. Museums as places of display often echo this negation. However, and since Meschac Gaba has shone in one of the places of conceptual legitimation which defines what we commonly call ‘contemporary art’, the door is today truly open to us. RMC