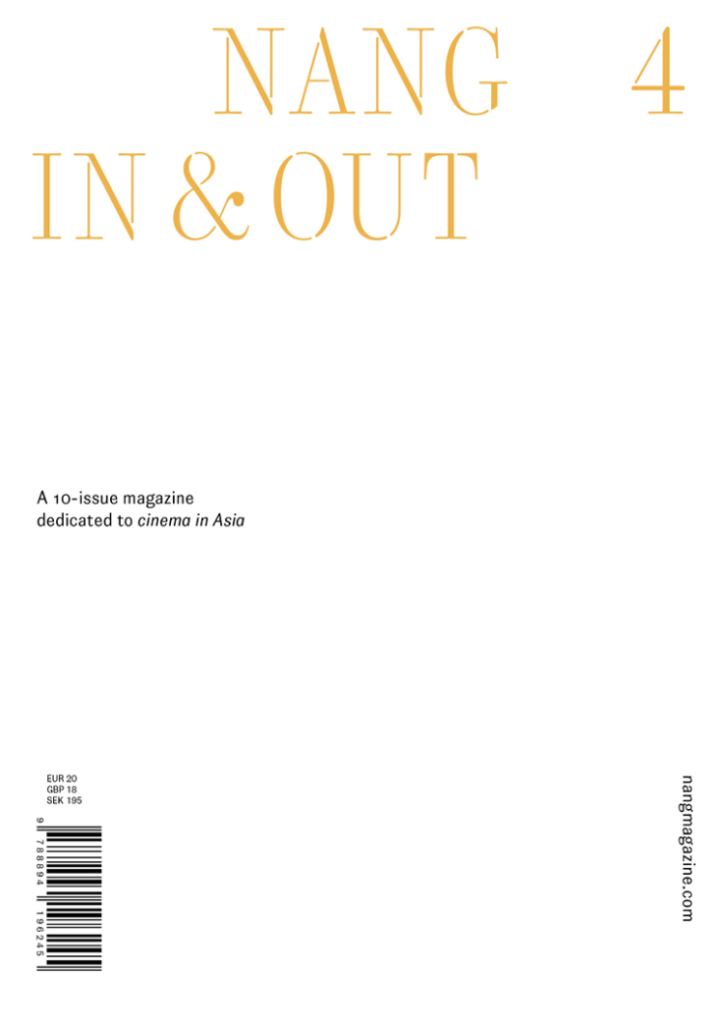 NANG is a biannual 10-issue print-only magazine dealing with cinema and cinema culture in the Asian world, with each issue devoted to a specific theme and chosen together with a guest editor(s). The project is a response to the lack of ‘English language print magazines entirely dedicated to cinema and cinema culture from this region’, despite the increasing popularity and recognition of Asian cinema internationally. The magazine focuses on producing various forms of collaborative content like interviews, illustrations, film-inspired short stories and screenplay excerpts by independent filmmakers and other creative practitioners whose work relates to the moving image, with some issues addressing more socio-political topics, for example the issues on migration and manifestos. These ten little books will certainly be an interesting time capsule of some segments and communities in Asian independent cinema during this decade. NKP

"The intention is to shed light on an area of filmmaking that is both mysterious and marginalized, especially in regards to cinema in Asia."