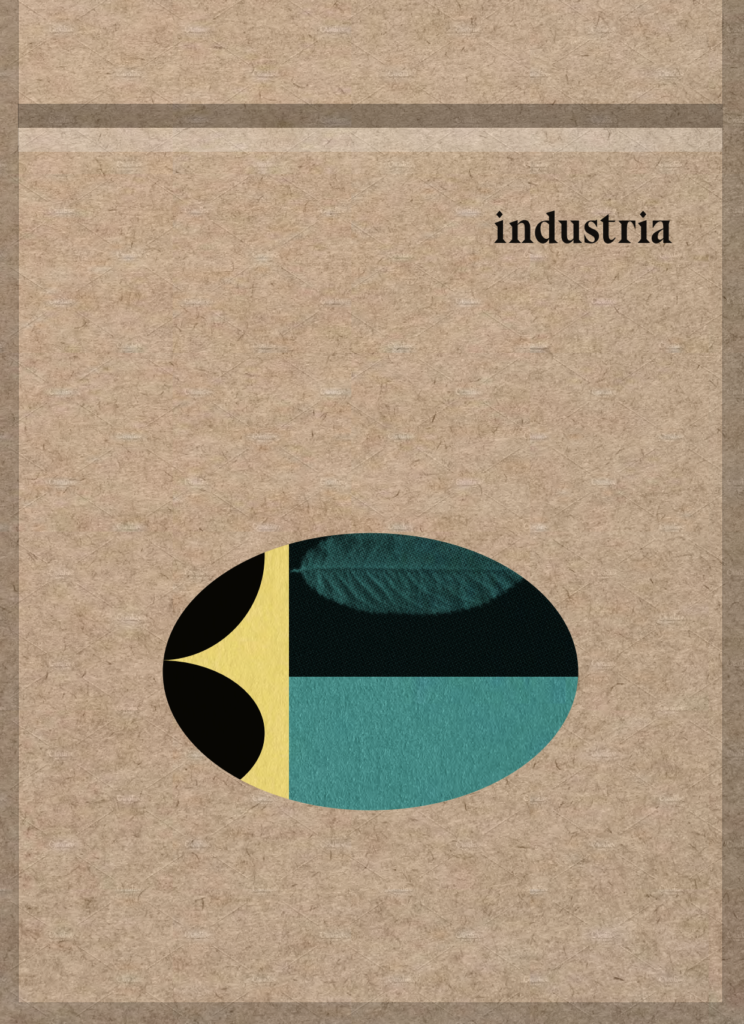 During the ‘unkind times’ of lockdown in the UK earlier this year (which of course may return at
any moment) when for many the nausea, strained eyes and general alienating discombobulation
of life seemingly permanently on screen were beginning to kick in with force, receiving a copy of
this small, exquisitely handmade edition in the post was akin to, in the words of the editorial
collective, ‘[being held] gently while at a distance’ (p. 3). With the support of a grant through
Black Dogs, the pamphlet, which features specially commissioned texts by Carole Wright and
Cecilia Wee, and a commissioned artwork for a wildflower seed packet by Jade Monserrat, was
self-published by industria, ‘an artist-run network, seeking to re-politicise the “art world” through
working groups that scrutinise institutions and infrastructures in order to imagine and build
towards new social universes.’
The main text, penned by the industria collective, addressed to ‘Dear friends, colleagues,
comrades, co-conspirators’ and dated 25 May 2020, explicitly embodies the epistolatory form of
transmission that is inherent in all forms of publishing but that is afforded greater speed and
flexibility through DIY practices compared with the long lead-in time of traditional
publishing house routes. In the letter, the collective situate themselves within the legacies of
socialist histories of unionisation and collective action, explaining their name, ‘industria’, as a
means of indicating ‘an inventive re-appropriation of time, a moulding of the excesses of
collective energy to shape new social universes’ (pp. 4–5), something all the more urgent in the
context of enforced isolation and the warping of time and of markers of productivity under
Covid. Lamenting, naming and honouring many deaths caused by austerity and what Ruth
Wilson Gilmore terms ‘organised abandonment’, their question is: ‘Can we look to unions and
more ad-hoc coalitions to problematise the often unhelpful, politicised line that chalks off art
and the arts from the wider labour market – as ways to work towards “new social universes” that
can encompass and even out labour of all kinds?’ What follows is a useful condensed overview
of the political circumstances that have shaped the UK ‘art world’ from the 1960s to the present
moment, tracing a history of attempts at solidarity (via unions or otherwise) faced with precarity
and exceptionalism and calling for ‘a fundamental restructuring’ of categories of artist, freelancer,
badly paid and outsourced museum or gallery worker, and waged art workers. The text ends with
an evaluation of possible post-Covid strategies and lines of solidarity, foregrounding the work of
notable unions in the UK such as the Independent Workers’ Union of Great Britain (IWGB),
which represents low-paid migrant workers such as outsourced cleaners and security guards (for
instance at Tate and the university where I teach: Goldsmiths, University of London) and United
Voices of the World (UWU). In the UK, as per elsewhere, the Covid-19 pandemic has disproportionately affected Black, Asian, ethnic minority and working-class people in myriad ways, with the (non-)management of the virus serving to reveal all the more vividly existing inequalities, many of which play out on the level of the spatial. Sacrificed and abandoned through exposure to both the virus and dire working conditions as frontline or ‘key’ workers, lower-class and racialised individuals and families – who often do not have the financial means for private gardens – have been
simultaneously denied access to public, green space, for instance public parks and recreation facilities, and policed more heavily than others for contravening lockdown measures. This
troubling conjunction between ‘race’ and the space of ‘nature’ – one that has long roots in
colonial history and that is yet another register of ‘space invaders’ (see Ferdinand) – is addressed
poignantly by Carole Wright. Wright’s text can be read alongside the focus on ecological and
anti-racist struggle in Ferdinand’s A Decolonial Ecology, albeit now in the context of the former
imperial metropolis of London and on a smaller, but no less politicised, scale.
Wright is a community gardener and beekeeper who has established community gardens
for art institutions such as Tate and The Showroom in London, regularly leads greenspace walks
in urban and woodland areas and is an advocate for access to culturally and socially diverse
programmes for lower income participants. In her contribution, she invites the reader to leave
their (confined) space and accompany her on her at the time daily rationed one-hour walk.
‘Walking whilst being Black Outside’ explores the politics of access and social cleansing in the
South London borough of Southwark, performing an urban archaeology that traces the
memories of now –‘regenerated’ areas and their cultural and social heritage, the movements of
migrant communities, the presences and absences of the area’s non-human inhabitants, official
and unofficial monuments, and the ghosts of ancestors and those sacrificed by the spell of ‘Rule,
Britannia!’ or murdered by state-sanctioned racism. Where Ferdinand is faithful to specific
Caribbean sites in order to scale up to the level of the globe and the practice of worldmaking,
Wright’s home-borough is a metonym for what is taking place across the UK and beyond.
Wright’s exercise is a poignant example of ‘walking as method’ or ‘walking as pedagogy’, both as
a form of storytelling and a political claim to public or common space (see Sakiya). SS

"[H]ow do we enact a pause or a break from “business as usual”, when normality has been so fundamentally disrupted in ways beyond our control? […] Institutions becoming more online could permanently open things up to those of us whose 'normal' necessarily more closely resembles life in lockdown. […] Our industry already (intentionally) confuses the boundary between labour and leisure time, and our now always-online world with no
transition between spaces has muddied this even further. […] Without real space, it is even harder to draw boundaries between the disparate elements of our multifaceted 'portfolio' existences."