Annotated by
Miguel A. López 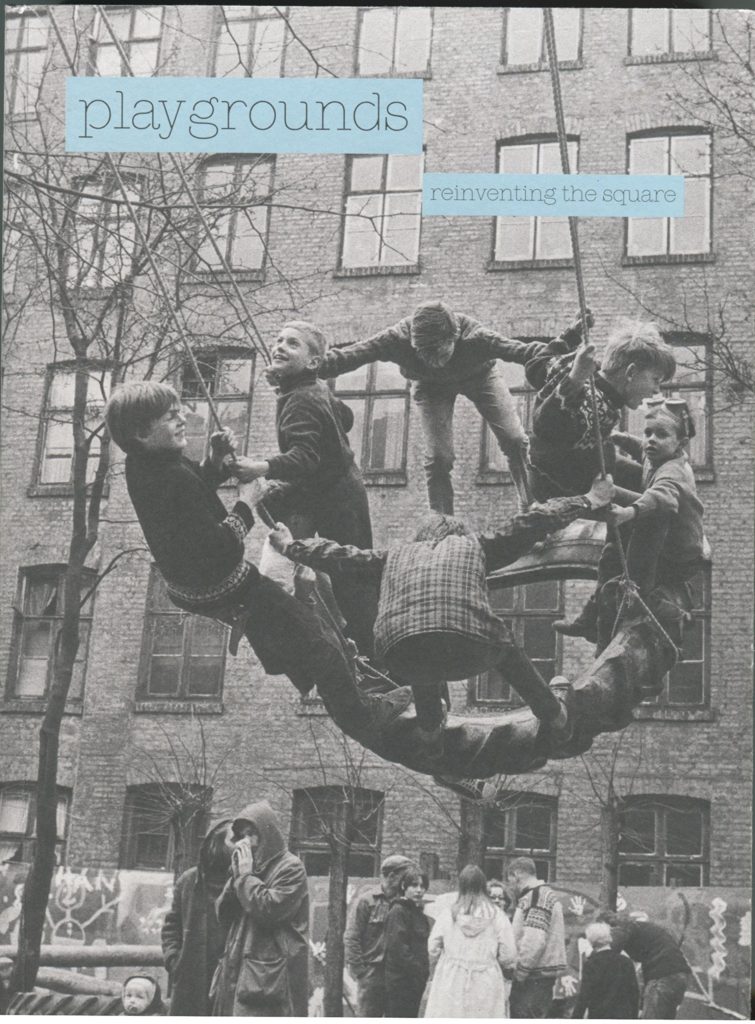 Playgrounds: Reinventing the Square accompanied the eponymous exhibition presented at Reina Sofia Museum in 2014. It collects various essays and artworks around the political aspects of play and its possibilities to reinvent democracy, economy, public space, labour, citizenship and utopia. The curators and authors reclaim the figure of the homo ludens, the transgressive dimension of carnival, communal goods and free time in opposition to the time of consumption, and a different model of organising society against labour systems based on exploitation and capitalist logics. ML

"During carnival (undoubtedly one of the cultural elements in which play takes on its most transgressive form), the roles and moral values that underpin a community are radically subverted in a cathartic ritual that paradoxically ensures the continuation of the status quo. The disruptive potential of play as a dress rehearsal for life is neutralized by means of a planned ritual scenario that stages (and nothing more) the transvaluation of all values. Nonetheless, as an already institutionalized, irreverent expression of the people, carnival already harbors—and, as Mikhail Bakhtin argued, has harbored since its ancient and multiple origins—a transgressive unconscious that goes beyond the comical and farcical, and slips into the sphere of the political through the interstices of play and festivity. The 'carnivalization' of some contemporary art and of social uprisings simply confirms play and the spaces of play as catalysts for the wishes of majorities whose voices had been smothered, and of minorities silenced by nature."

我們從未參與:第八屆深圳雕塑雙年展 The 8th Shenzhen Sculpture Biennale: We have never Participated