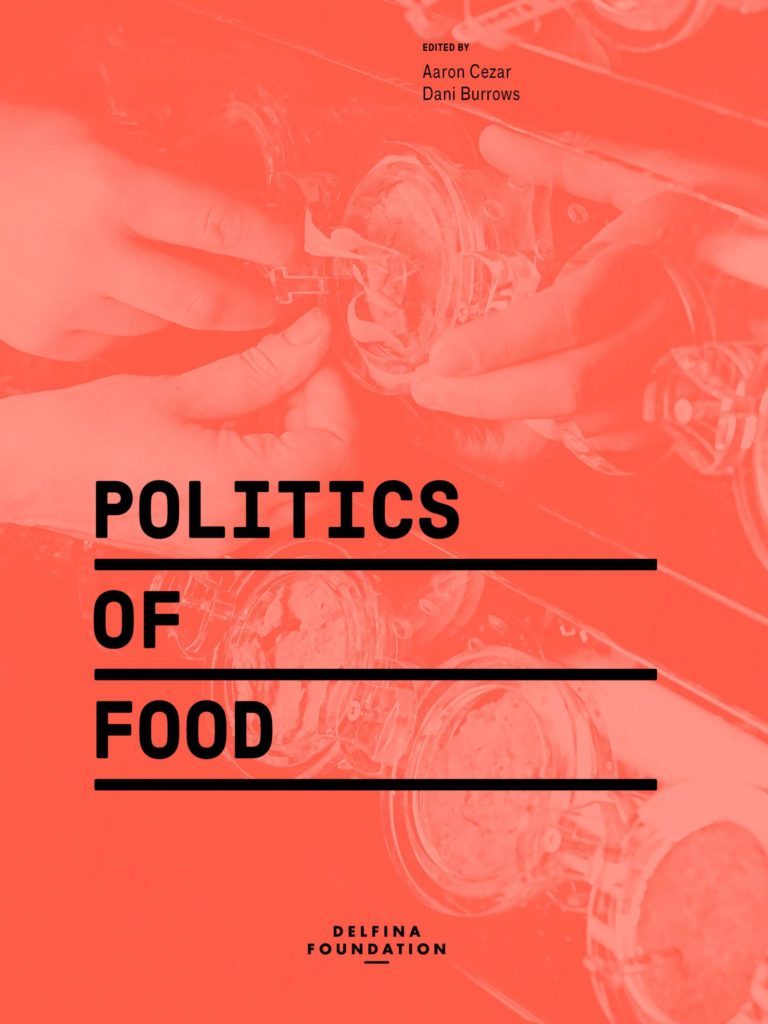 Since 2013, the Delfina Foundation has invited a large number of artists and thinkers to explore and discuss food production, consumption and distribution with them. The residents have conducted this investigation with attentive regard to current political debates on migration, gender, climate emergency, colonial violence, labour rights and social injustice. The practice of sharing meals became a ‘classroom’ where ideas and strategies could be shared and networks for future collaborations could be built. The book does not have the ambition of being a comprehensive survey of artists and practitioners working with food-related issues, but, rather, it wants to shed light on a growing movement where radical imagination, solidarity and trans-local situated knowledge could generate more sustainable food politics. JW

"Imagine a fantastic voyage from Norway to Istanbul in an old wooden sailing boat built for arctic
voyaging; This boat is carrying an ingeniously crafted mini-boat, like a chalice containing a mere
handful of old wheat and rye seeds found in a museum in St; Petersburg in Russia and in the roof
beams off sauna in Northern Norway. These seeds are jewels. The disproportion in size between
the small chalice' and the mother vessel carrying it symbolises this preciousness, as does the very
idea of a prolonged voyage using sail and wind as the means of propulsion."

"...and thoughtful shopping of the twenty-first century. Yet the sixth extinction and the rise of
authoritarianism are unlikely to be solved easily/ We ought not to delude ourselves that
everything can stay the same , or that if we only buy faire-trade food and stop using plastic
bags, everything will be ok. It’ won’t If there’s any hope that a decent and dignified future
lies ahead for the working majority of humans, it can only lie in a full and systemic
transformation approach to the way wee eat, live, love and work together. It may feel like a
daunting task, but the joys of deep change are far more enduring than the frisson of
virtuousness that come from local kale salad in a ham bag."