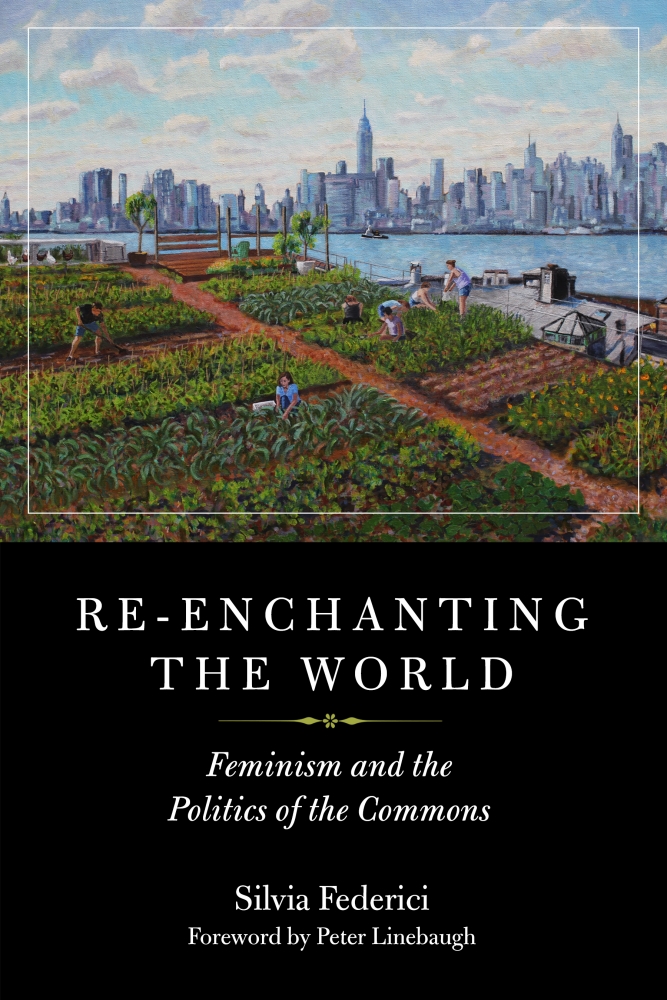 In Re-Enchanting the World: Feminism and the Politics of the Commons, Federici discusses the practice and concept of commons within diverse geographical contexts such as Africa and Latin America in order to highlight women’s movements. It brings to the fore the effort of women’s solidarity movements from various cases that debate and struggle for the commons. The book also includes discussions on reproductive work, affective labour and the transformation of everyday life that influences the way of commoning and understanding the term commons better. This book is a collection of cases of feminist struggles and other essays in which Federici discusses feminist approaches and their contribution to the commons. The book may greatly contribute to the debate and practice of socially engaged art practices that are operating in female spaces. PT

"Thanks to these studies and artistic contributions we now recognize that primitive accumulation is not a one-time historical event confined to the origins of capitalism, as the point of departure of 'accumulation proper'. It is a phenomenon constitutive of capitalist relations at all times, eternally recurrent, 'part of the continuous process of capitalist accumulation' and 'always contemporaneous with its expansion'. This does not mean that primitive accumulation can be 'normalized' or that we should underplay the importance of those moments in history—the times of clearances, wars, imperial drives 'when great masses of men are suddenly and forcibly torn from their means of subsistence and hurled onto the labor market as free, unprotected and right-less proletarians'."