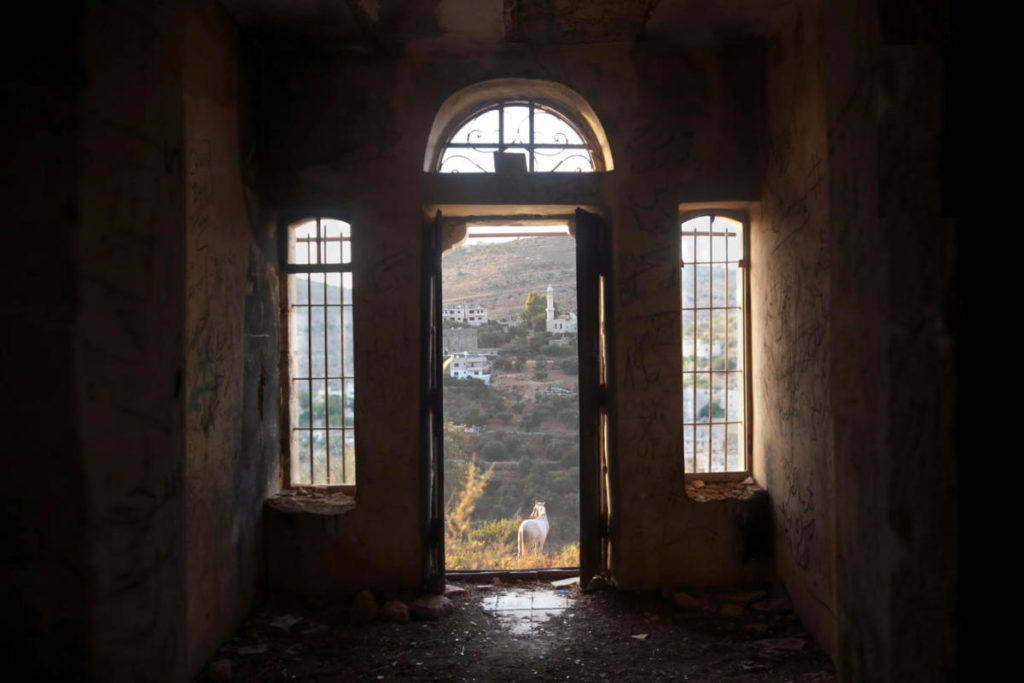 The publication Sakiya: Art | Science | Agriculture serves as a document to and resource for a
unique practice of engaging and (re-)activating a very particular kind of public. This is the first
volume in a series of self-published materials by Sakiya, an academy and international residency
programme located on a hillside in the village of Ein Qiniya, Ramallah, Palestine. Founded by
architect Sahar Qawasmi and artist Nida Sinnokrot, Sakiya promotes visual art, ecological
preservation, sustainable agriculture and food justice, combining an emphasis on cultural heritage
with contemporary artistic and ecological practices. The bi-lingual publication, in English and
Arabic, comprises an overview of Sakiya’s genesis and vision and of the political geography in
which it is located (that of the Israeli settler colonization of Palestine, the centrality of cultivation
practices therein, the neoliberal speculative development strangling Ramallah, and the legal
proprietary status of land in areas A, B and C of Palestine); a speculative, multi-species writing
exercise by 2019 fellows Marleen Boschen and Charles Prior; a re-print of Silvia Federici and
George Caffentzis’s ‘Commons Against and Beyond Capitalism’; an interview with Sinnokrot on
the topic of ‘rewilding pedagogy’; an excerpt from the ‘Common Ground’ course reading list; an
excerpt from an agroecological study of Sakiya by Omar Imseeh Tesdell; residency profiles (Samia Halaby, Yara Bamieh and Dina Amro); several recipes; and lavish photo-documentation
of the site, numerous events (including projects by students from the UK, USA and Palestine),
and artistic works both displayed and produced at Ein Qiniya.
Central to Sakiya is pedagogy: the academy derives its spirit from the ancient Greek
conception of a garden or olive grove as a site of knowledge gathering and sharing; a site of
experimentation, renovation and cultivation that prioritises actors otherwise often marginalised
from the public cultural space such as farmers and crafts/small industry initiatives. Commonly
accepted terms within the global art circuit such as ‘artist-in-residence’ are destabilised in order
to move away from classifying participants by occupation and from settled conceptions of
‘expertise’.
Here, the emphasis is on ‘the commons’, which, as we are reminded in the Federici excerpt,
are shaped by collective decision-making through assemblies, direct democracy and grassroots
power, and are to be distinguished from ‘the public’, ‘which is owned, managed, controlled and
regulated by and for the state, constituting a particular type of private domain’ (pp. 34–35).
‘Commoning’ also forms the link between access to land and natural resources, and access to
knowledge(s) in the form of intellectual/collective property rights, all of which can be traced
back to colonial practices of taxonomy, labour extraction and ‘epistemicide’. This also opens onto contemporary debates around ‘open access’ publishing and how this might move beyond the
neoliberal profit-driven model and incorporate ecological concerns. The volume was printed in
Ramallah and, fittingly, is published under a Creative Commons Attribution Non-Commercial
No-Derivatives license, which allows anybody to download, display, print, distribute and/or
copy the work insofar as the authors and source are cited, the work is not altered or transformed
and the purpose non-commercial. The publication was supported by the A.M. Qattan Foundation, Ramallah. SS

"By grafting local agrarian traditions of self-sufficiency with contemporary art and ecological practices, we seek to create a new narrative around our relationship to land, knowledge- production, and the commons."