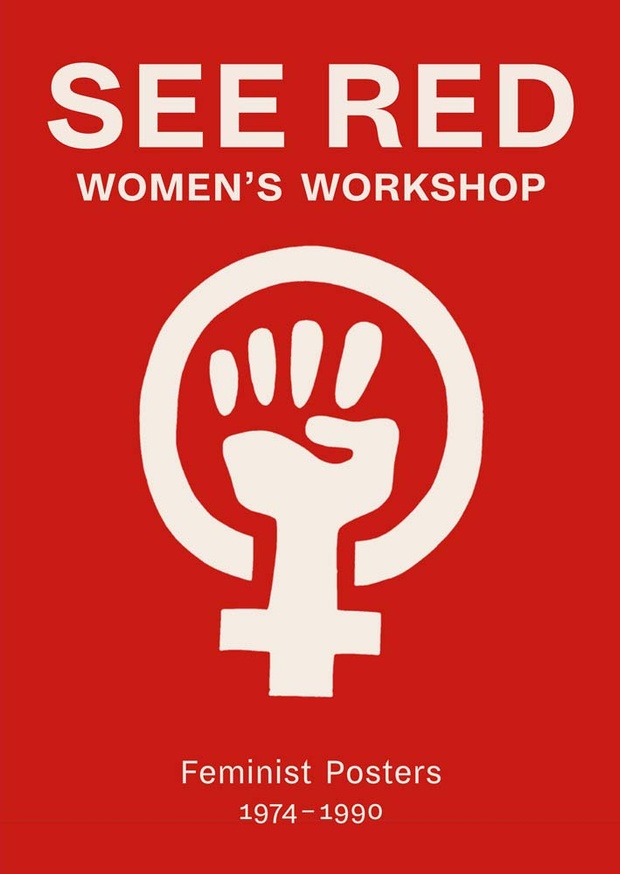 I grew up in the makeshift world of 1980s self-organised feminist and anti-racist politics in the UK. I was dimly aware of the more activist end of image generation for the movement, but it was only later that I encountered the extraordinary history of a networked activist determinant of image production, often in the form of posters, banners, leaflets and t-shirts made in, often women-only, workshops. The facilities were free to use as long as costs of materials were covered, often set up in squats and collective housing basements. This book is a fantastic archive of posters made by the See Red women’s collective between 1974 and 1990. This history leaks across contemporary art, with many now-famous artists having been involved in the movement, which has recently been celebrated in an exhibition at Hackney Museum and Library in London. AP

"It was a very busy time on the left. However, while women were involved and active within various organisations and campaigns, and were attending meetings and rallies to do with housing, work, education and low pay, these meetings were still very or totally male dominated. The left wing at that time, both the radical and mainstream branches, didn’t take the Women’s Liberation Movement seriously nor recognise that it would become a major part of people’s struggles across the world. Women’s issues were seen as a waste of time, frivolous and diversionary, and were often purposefully misrepresented by the left as well as the right wing. We found ourselves marginalised within these campaigns and were expected to stay in the background, keep quiet and make the tea."