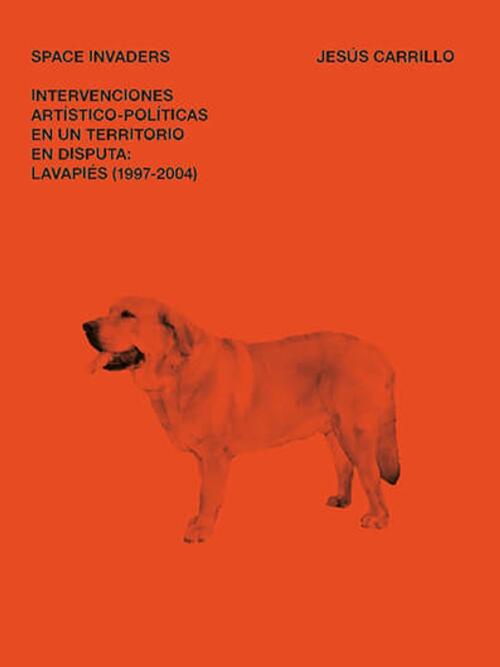 Space Invaders surveys the late 1990s early 2000s in the Madrid district of Lavapiés, a time in which the neighbourhood witnessed the confrontation between financial and urban speculative interests and a dense fabric of neighbourly solidarity and organisation. In this struggle for a life worth living and the critical claim for public space, artistic action emerged as central territory, carried out by a network — the Red Lavapiés — which gathered the collectives, spaces, associations and squats present in the neighbourhood; an operating figure, that of the network, that Carrillo opposes to the traditional artist. Since then, evictions and rents have escalated, and the collaborative public art discourses have been appropriated by the cultural institutions (it is important to note that the Reina Sofia Museum, La Casa Encendida and Tabacalera are all located in Lavapiés). The publication shows, nonetheless, how these fights and apparent failures served as an experimental ground for new political imaginaries, which paved the way for the so-called ‘new municipalities’. JMA

"I am reclaiming the network as an agent distanced from the traditional artist."