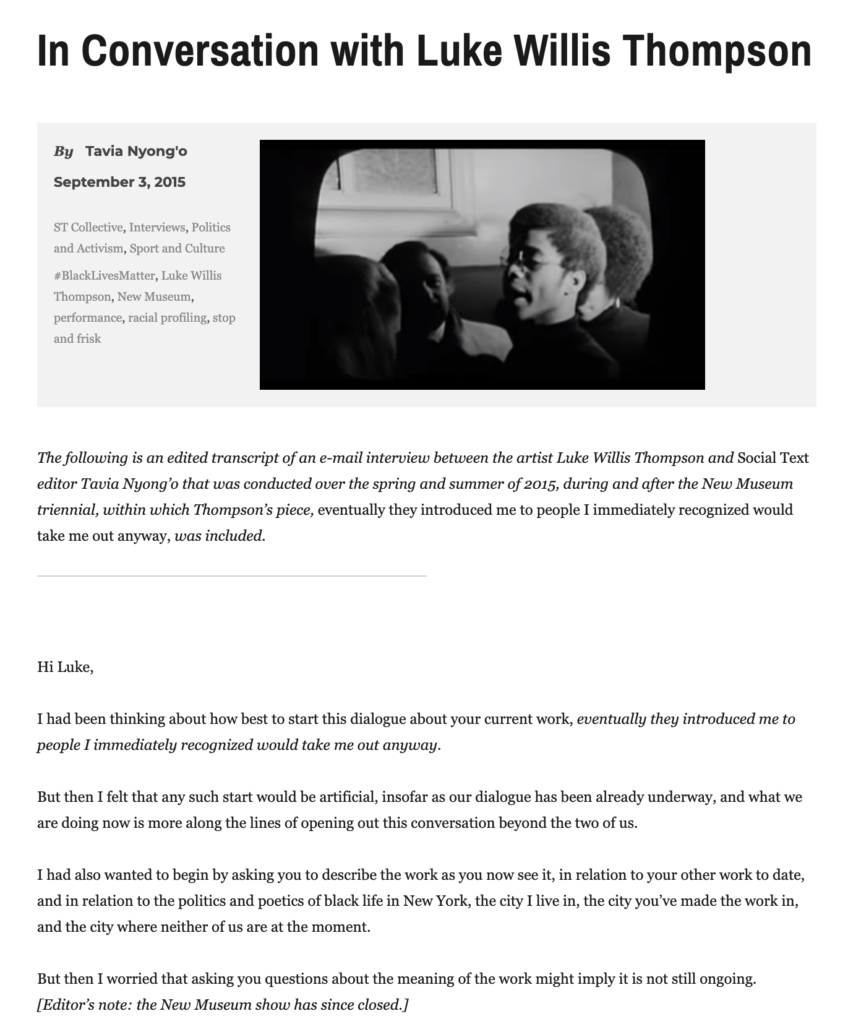 This contribution is an edited transcript of an email interview centred around eventually they introduced me to people I immediately recognised would take me out anyway, a work by Willis Thompson for the 3rd New Museum Triennial. The work entails an invitation to a museum visitor to follow a black person/performer on choreographed routes in selected New York City boroughs. The email format of the conversation between Nyong’o and the artist avoids a descriptive language of the work itself. The correspondence between the two reads like a performative act, one in which readers are invited do what the performance piece instructs participants to do, to follow, be led into a known unknown. GN

"The afterlife of this work is constituted for me then, not just by the kinds of disruptions to it that police or the city provided, nor by the ongoing crises to which it refers, but by the fact that the experience couldn’t be corroborated or confirmed with others. I’m sure almost no one saw the same work, in the same time, as anyone else. It was this decision to make a work that stays in the dark, in the kind of occult space of street life, and intimately, between a single performer and a winnowed audience, that I hoped would bring the performance into a unique condition in which questions of its status as an artwork or not, and variables in terms of its level of visibility, would have no bearing on its potential for power."