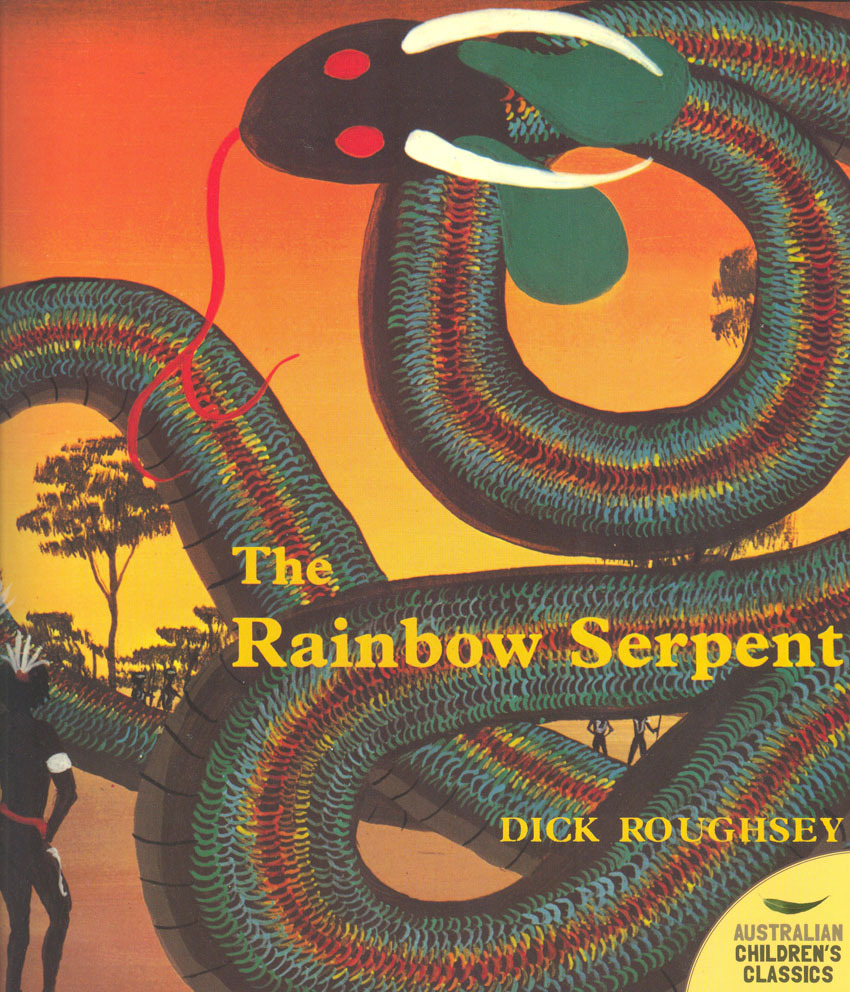 In terms of curriculum from a non-Indigenous perspective, The Rainbow Serpent can hardly be omitted. Through at least the 1990s, Indigenous stories and experiences were entirely absent from the mainstream primary school curriculum in Australia. National and local histories were a matter of colonial explorers and prosaic local inventions such as the ‘stump jump plough’. However, at least in Queensland, nestled somewhere in almost every children’s library was a copy of The Rainbow Serpent. The book’s author, Goobalathaldin Dick Roughsey (1924–1985), was born in coastal country in the Gulf of Carpantaria and lived a traditional lifestyle in his early childhood. At the age of eight, he was taken to a Presbyterian mission and partially separated from his family. Later in life, and in dialogue with the airline pilot Percy Trezise, Goobalathaldin developed an innovative artistic practice painting both on bark and in oil on canvas. His best-known works form The Rainbow Serpent, which tells the founding Lardil story of a vengeful creator spirit with vivid and indelible images. First published in 1975, the book remains an important first encounter with Indigenous Australian culture for many thousands of children and families. VZ

"Two young men, the Bil-bil or Rainbow Lorikeet brothers,
Came running in looking for shelter, but no-one had room."