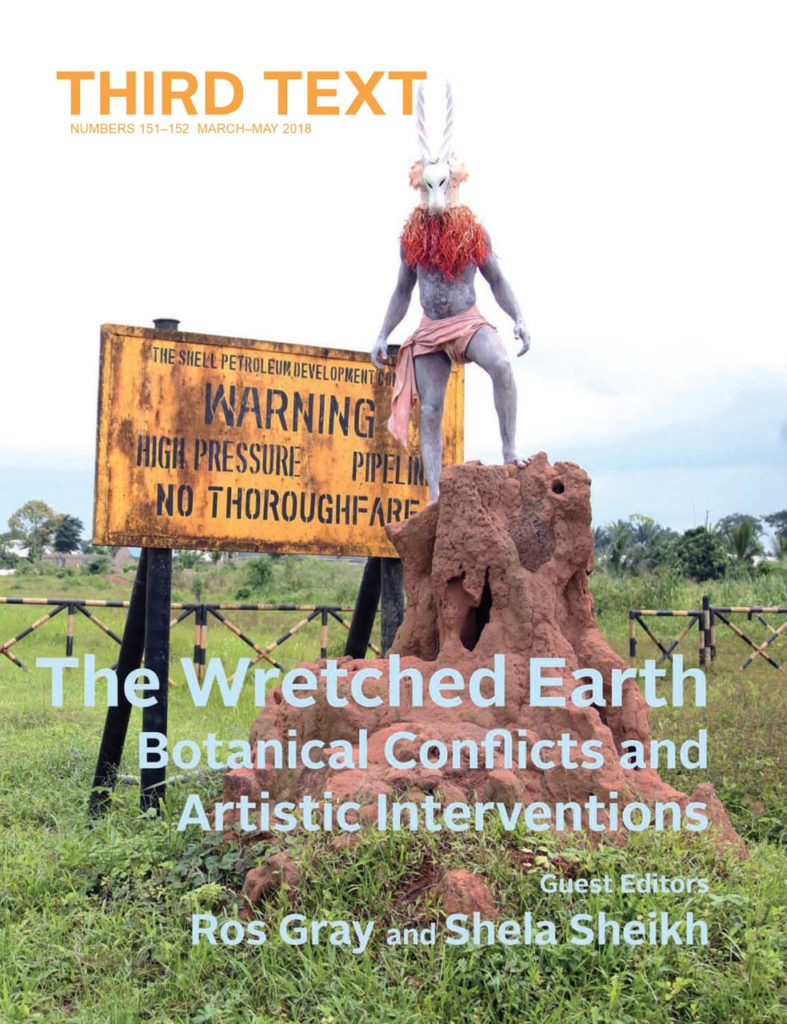 On October 21, after 42 hours of negotiations during the rise of the second wave of the pandemic crisis, the EU reached an agreement on the reform of the Common Agricultural Policy (CAP) for the period 2023–2027. Most of the farming subsidies (390,000 million euros) will continue to be allocated ‘according to hectare’, backing away from the already moderate goals to urgently combat the ecological, climate and farming crises. How are we to resist the perpetuation of such neocolonial and neoliberal systems of agricultural production and environmental politics, the blindness towards the state of devastation and the ‘wretchedness’ (recalling Fanon’s book The Wretched of the Earth, 1968) of the earth in all its multiple forms? How to shed light on forms of struggles and counter-movements of marginalised indigenous and local bodies of knowledge that have and are developing different visions of coexistence and ‘world making’ practices based on ‘soil care’ and the inclusion of ‘earth beings’ as actors in political assemblies (Mariasol de la Cadena)? With The Wretched Earth: Botanical Conflicts and Artistic Interventions the editors Rosy Grey and Shela Sheik are generating an inspiring dialogical space for anti-imperialist critique and artistic research that focuses on ‘the multiple human and nonhuman cohabitations that constitute the soil, and the various forms of life and culture that they sustain in the face of ongoing threats to land sovereignty, food security and environmental degradation, as well as the erosion of cultures and value systems that are intimately intertwined with particular ecosystems.’ JW

" 'Botanical conflicts' can here be understood as through the epistemological hierarchies
underpinning botanical taxonomy, insofar as imperial science sought to render scientific
principles as universal and objective, in doing so suppressing the 'Babel' of local namling
practices and abstracting plant life from its local ecology; as such erasing what
Schiebinger names the 'biogeography' of plants. By and large, imperial science (what we
might call a 'monoculture of knowledge') excluded other, 'minor' histories and system of
knowledge ('ecologies of knowledges'), as well as modes of being-in-the-world that are not
premised upon the value, profitability and usefulness of plants that underpins the vampiric
logic of capitalism towards nature."

"The phrase 'wretched earth' signals our ongoing engagement wit anti-colonial and anti-
imperialist writers such as Fanon, but also the need to go beyond their reconfigured
humanism too think about the multiple human and non human cohabitations that constitute
the soil and, more broadly, our more then human commons."