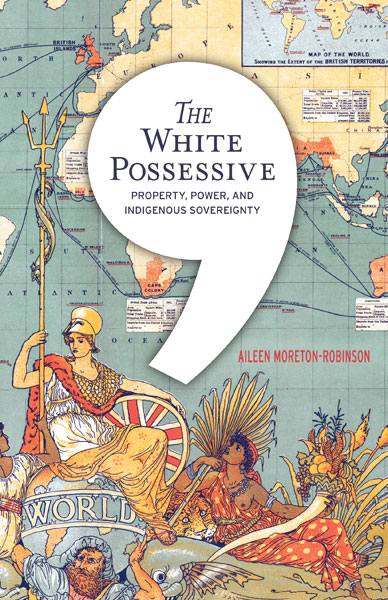 The White Possessive is a collection of essays that reads with the cohesive strength of the best of monographs. The cumulative weight of its texts inveigh against the fundamentally racist formation of the European property form. With this publication, Quandamooka scholar Aileen Moreton Robinson is an unmissable reference when it comes to the critique of liberalism, colonial governance and the double binds of European political theory. The book opens with a crisp summation of the arguments: ‘The problem with white people is that they think and behave like they own everything’ (Dennis Benjamin Moreton, 2005). Its chapters address the legal conditions surrounding Captain Cook’s claims to Australia and evidence of the Indigenous economies of title that he transgressed, analysis of the white figurations of Indigenous culture in a major land-rights case, and an in-depth discussion of artist Vernon Ah Kee’s Venice Biennale artwork cant chant. VZ

"The problem with white people is that they think and behave like they own everything."

Forensis: The Architecture of Public Truth