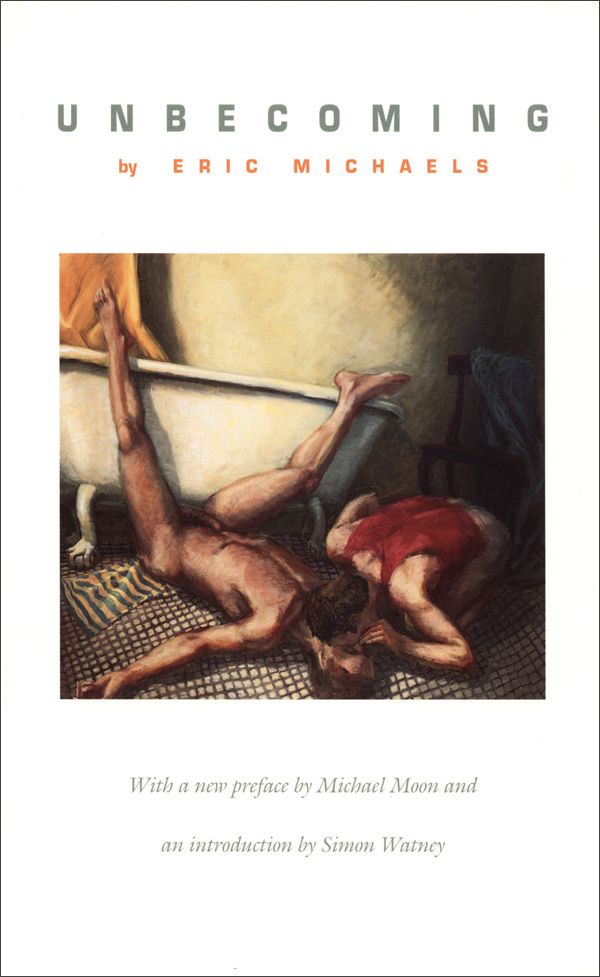 Often an outsider has keener insight into a society’s fundamental structures than many of those raised in its midst. Eric Michaels was an American who died in Australia in 1988, where he counts among the AIDS dead. Working as an ethnographer in the Yuendumu community, he witnessed the emergence of the 1970s and 1980s market for Aboriginal art, and is counted among its keenest observers and critics. Essays such as ‘Bad Aboriginal Art’ remain indispensable in their unflinching view of the contradictions and colonial neurosis of white Australian attitudes to Indigenous art production. Unbecoming is Michaels’s AIDS diary. From his Brisbane hospital bed Michaels casts a dispassionate and often disgusted eye across the Australian Bicentennial celebration, queer cultures at the colonial crossroads, and the strange habits of second-hand furniture salesmen. Particularly memorable is a Foucauldian take on the Australian ‘tidiness’ discourse and historical erasure – from the grime beneath his hospital table in the infectious diseases ward to white-painted rocks at Yuendemu. VZ

"Ruined, ruined, what a bugger of a day! Everything was going to get done at once: QuAC cleaner, and carpet people, installing the ceiling fan. And Lee, dear Lee, was to coordinate all this, and that was crucial, because as you know, dear diary, I cannot deal with Brisbane people directly without getting into horrible fights."