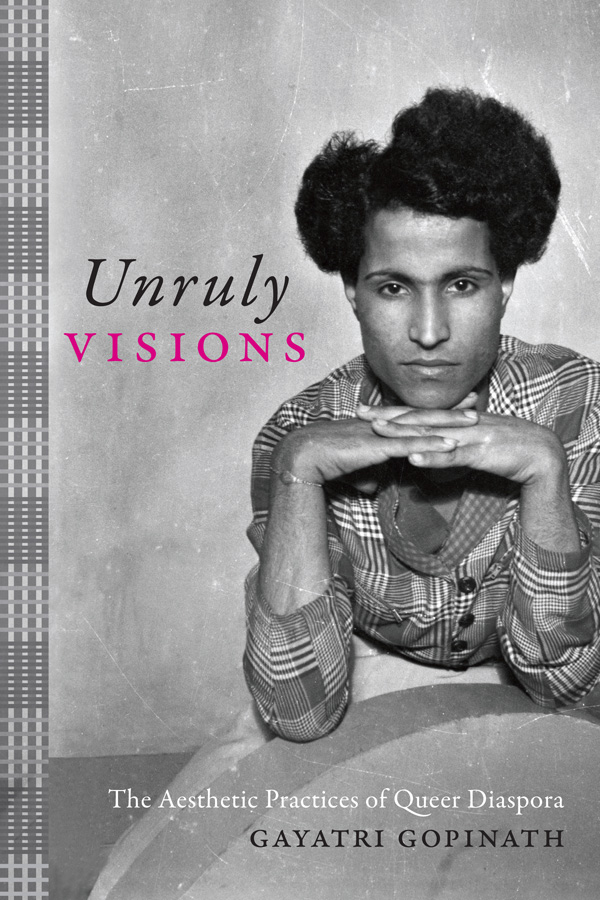 In my continued interest in archives, and
erased or lost histories, Gopinath’s book was an
expansion on those ideas, including a look at
regionally specific archives. How do we understand
affect, image, pasts, narrations that aren’t only of
the word? It also provides an opportunity to think
through the idea of ‘gaze’ differently. Her notion of
‘queer relationality’ is an important ‘landscape’ in
the making – where queer diaspora allows us to see
those proximities more clearly. MT

"An exquisite meditation on diasporic loss and longing, Lose Your Mother (Saidiya Hartman) is not a triumphal return to origins; the diasporic sensibility that emerges from the text is marked by the impossibility of return as well as, for the most part, commonality or affiliation. Throughout much of Hartman’s narrative, there is an unbridgeable distance between her and those she encounters in Ghana. 'The rupture was the story', she writes, not the hope of re-creating lineage and familial genealogy. The affect of diaspora in hartmans text, is that of irredeemable loss, failure, defeat, alienation, and disappointment; it is these forms of negative affect that saturate the text, and where Hartman herself as narrator resides. Speaking of the numerous African American tourists who travel to Ghana to view slavery’s ruins, she writes, 'Did the rich ones suffer from nostalgia? Did I? Was longing or melancholy what defined the tribe of the Middle Passage?' "