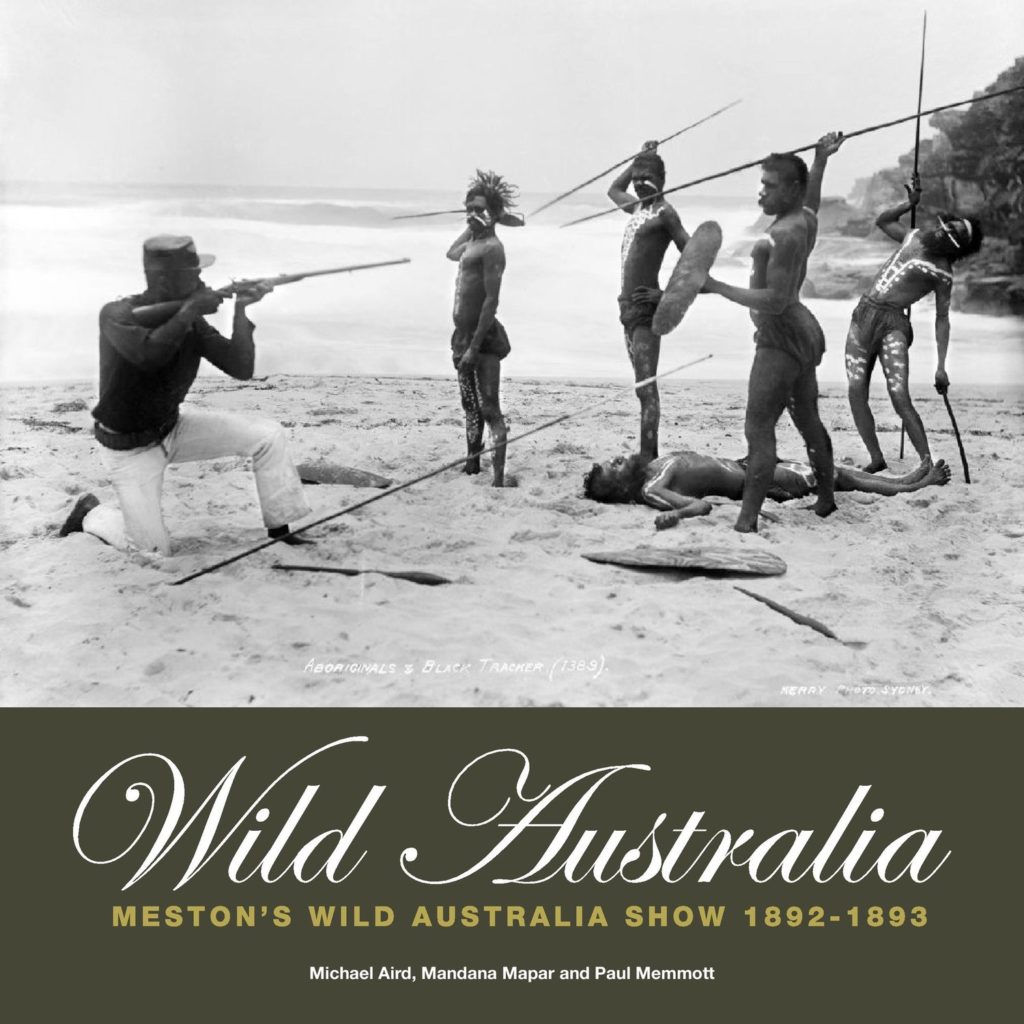 This slender volume deftly pinpoints the precise historical nexus of raw colonial expropriation and the aesthetics of ethnographic display in Queensland, Australia. Co-edited by Indigenous historians Michael Aird, Paul Memmott and Mandana Mapar, Wild Australia brings together the surviving images of the eponymous ethnographic show that toured the east coast in 1892/93. In an unsurprising historical twist, the self-taught ethnographer Archibald Meston, who produced the show, also became the self-appointed state ‘Protector’ of Aboriginal People during the infamous period of ‘The Act’. In 1897, shortly following the show, the ‘Protection of Aborigines and Restriction of the Sale of Opium Act’ was introduced as a regulatory suite that created an extreme and punitive reserves system throughout Queensland. The portraits and staged postcard dioramas capture the piercing strength and self-possession among the show’s Indigenous men and women, such as Yungkwa and Amirrtha – young men whose names Aird and co-editor Paul Memmot decipher from the photograph’s notes but whose familial and country ties remain unknown. VZ

"I have been fortunate to be able to locate over one hundred and twenty different photographs of the Wild Australia performers. These images form an important historical document."