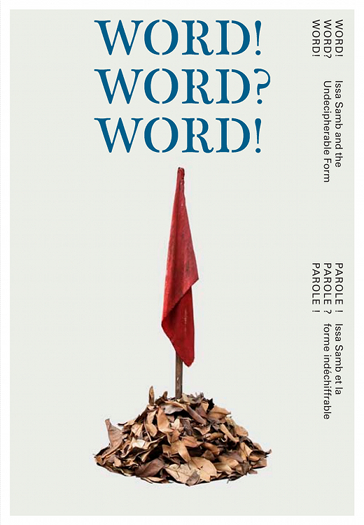 The figure of eminent artist Issa Samb and his practice through the Laboratoire Agit’Art are enough to understand the complexities of public and private spaces in Senegal. Through the work done in his courtyard at 17 rue Jules Ferry in Dakar, Samb staged different situations that would allow the viewer (we can’t talk about visitors as his private courtyard was considered a public space, a space for the community, a space for the allies) to navigate between different objects which work as hints to get a sense of the narratives that are told, performed or revived. Being sensitive to the notion of time is very important in understanding the profundity of the work done by Samb and the Laboratoire Agit’art. RMC

"Entering Issa Samb’s courtyard in the spring of 2010 was a strange journey, one on which we had to keep reminding ourselves not to hold our breath; our pace, which was only interrupted by the crunch of leaves beneath cautious soles, like a prayer murmured while counting a visionary rosary before each Station of the Cross, forever seeping from ramshackle partitions and walls."