November 3, 2015 • This Saturday 31 October Visible and Tate Liverpool hosted a temporary parliament at the Council Chamber of Liverpool Town Hall inviting the public, together with a group of invited experts of socially engaged artistic practices, to select the winner of the 2015 Visible Award. The Visible Award is the first European award for socially engaged artistic practices […]

October 12, 2015 •   The Visible Award is the first European award for socially engaged artistic practices in a global context. First awarded in 2011, and then again in 2013, 2015 will be the first time the award is decided through an open jury consultation in the form of a temporary parliament. A public jury format was trialled […] 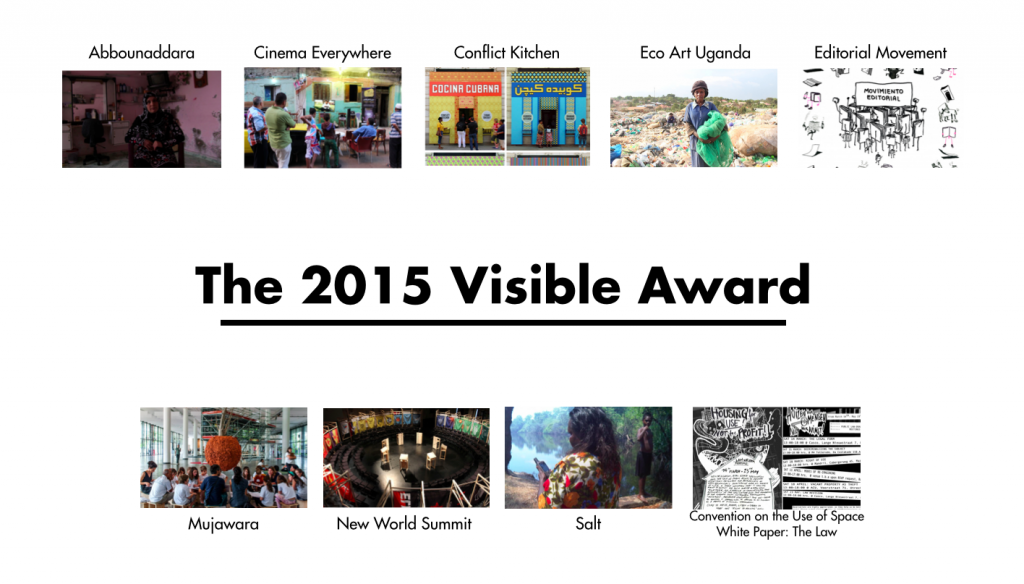 August 17, 2015 • We are really glad to announce the nine shortlisted projects that have been selected by our steering committee for the 2015 Visible Award . An overall number of 156 projects were assessed, of which 58 projects have been nominated for the Award through the curatorial advisory board and 98 projects have been submitted through an open call. The […]

June 15, 2015 • The 2015 Visible Award journey has officially started. The Visible project is grateful for the incredible projects that were received from the nominated artists and through the open call. Thanks to all of the artists who showed interest in the award by submitting their ongoing projects. The selection committee gathered in Milan on the 10th and 11th of May  to assess […]

Karrabing is not a clan, not a language group, not a nation. It is an aspiration – Elizabeth Povinelli in conversation with Martina Angelotti on the Karrabing Film Collective, winner of the 2015 Visible Award

MA: You have just been awarded together with the Karrabing Film Collective the visible Award 2015. I was part of the public jury that day, and I can definitely say that it has been a great experience of common learning. Did you attend the streaming? EP: I was at the Belyuen Community, just across the […]