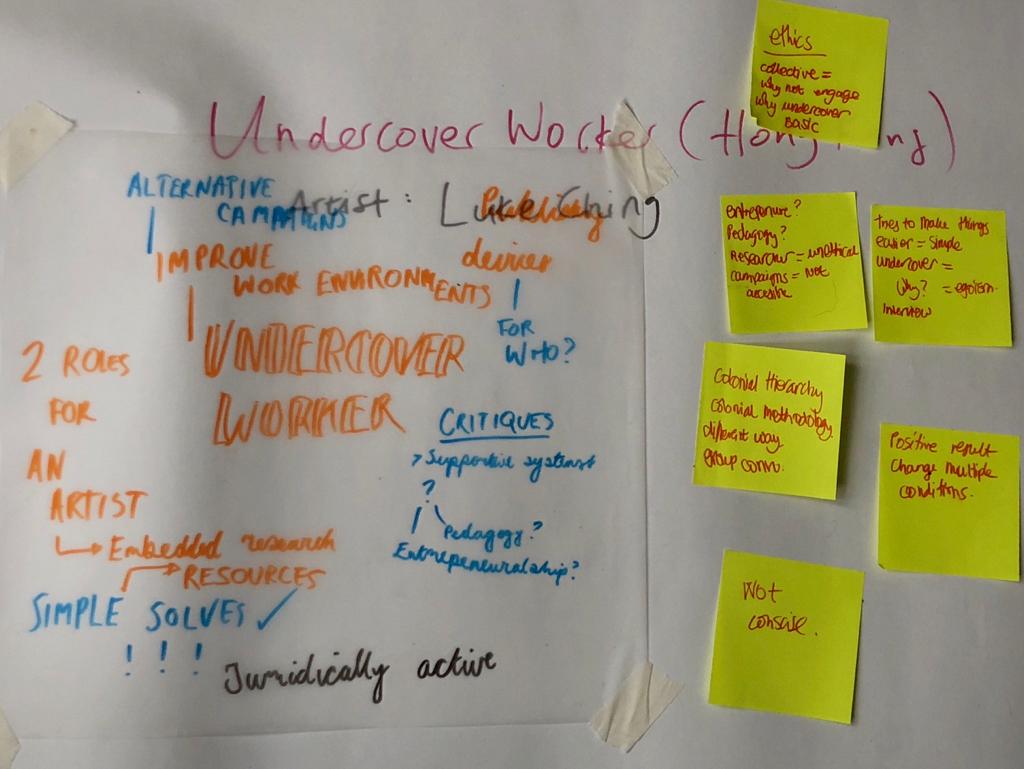 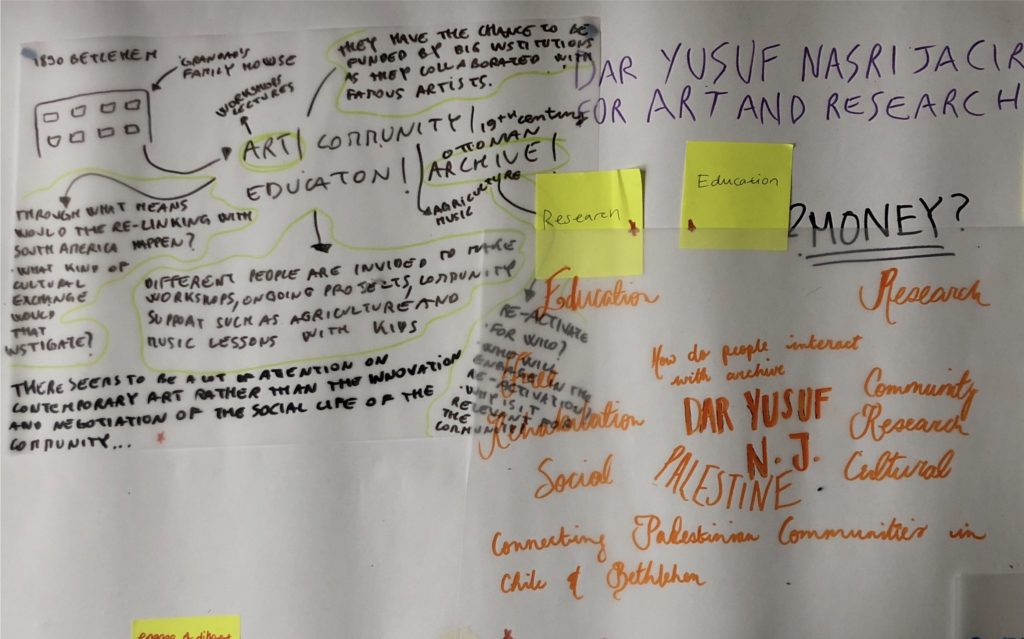 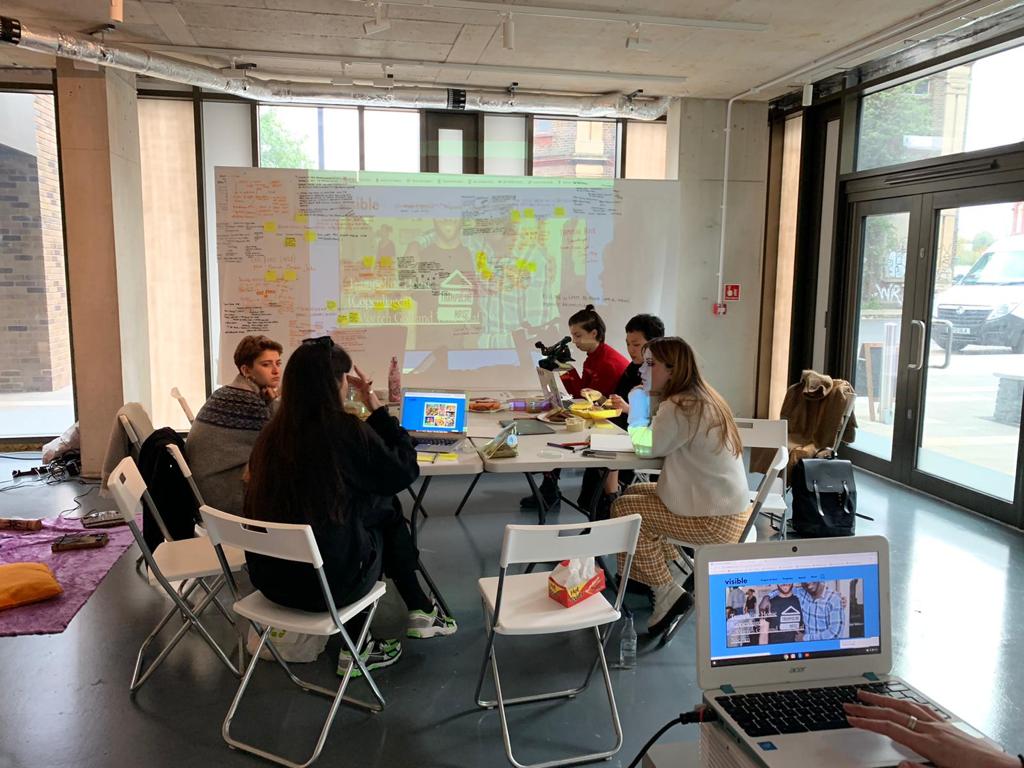 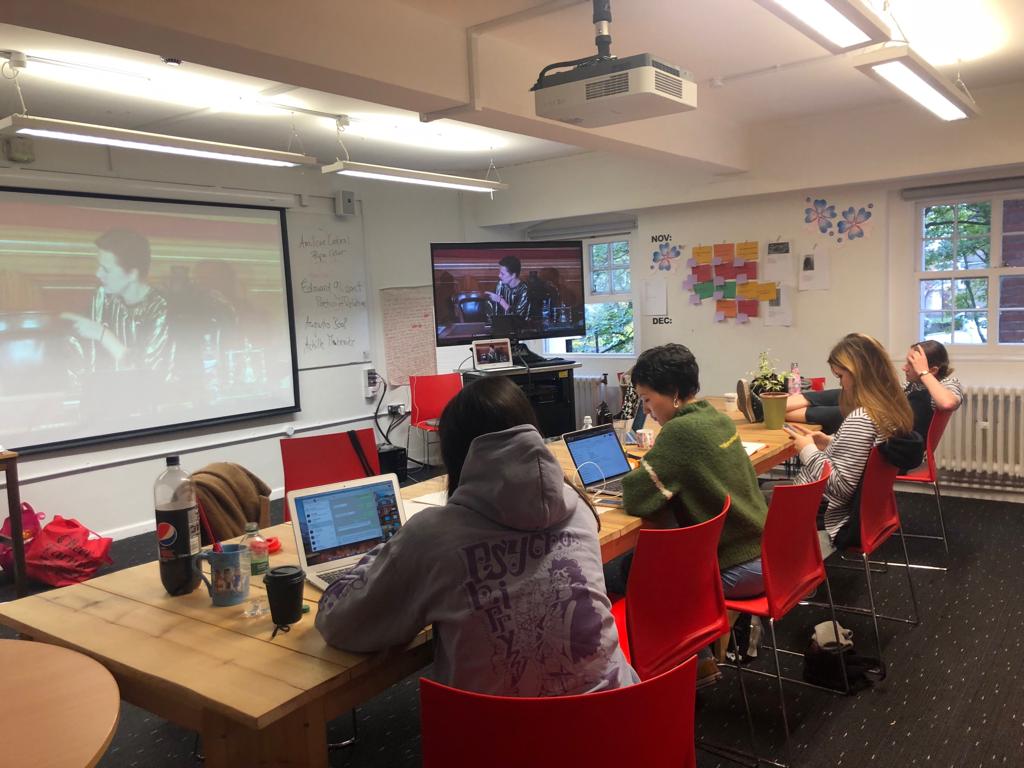 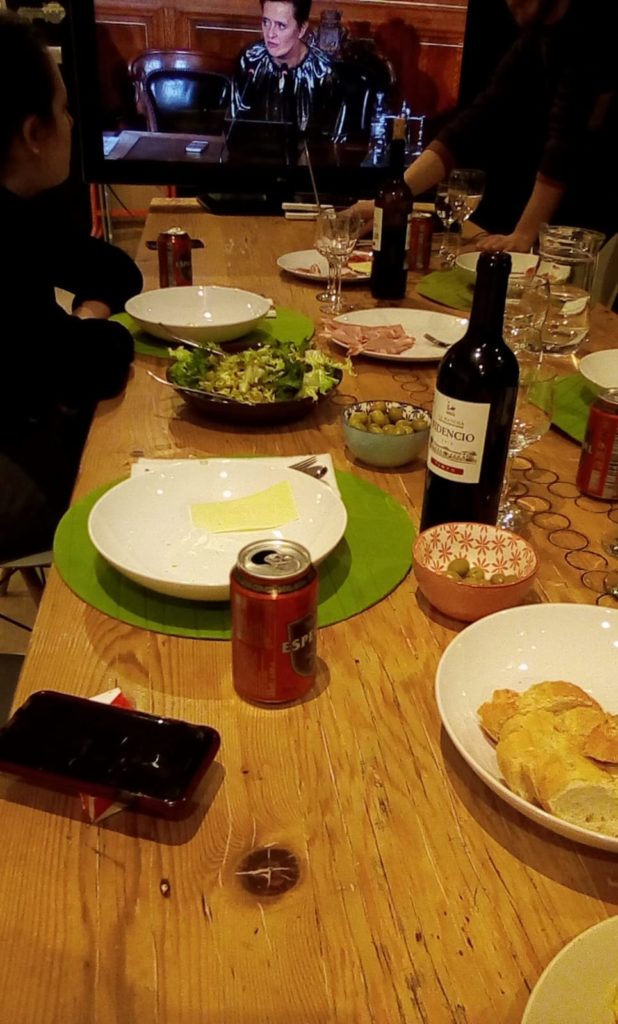 Espronceda Institute for Arts and Culture in Barcellona 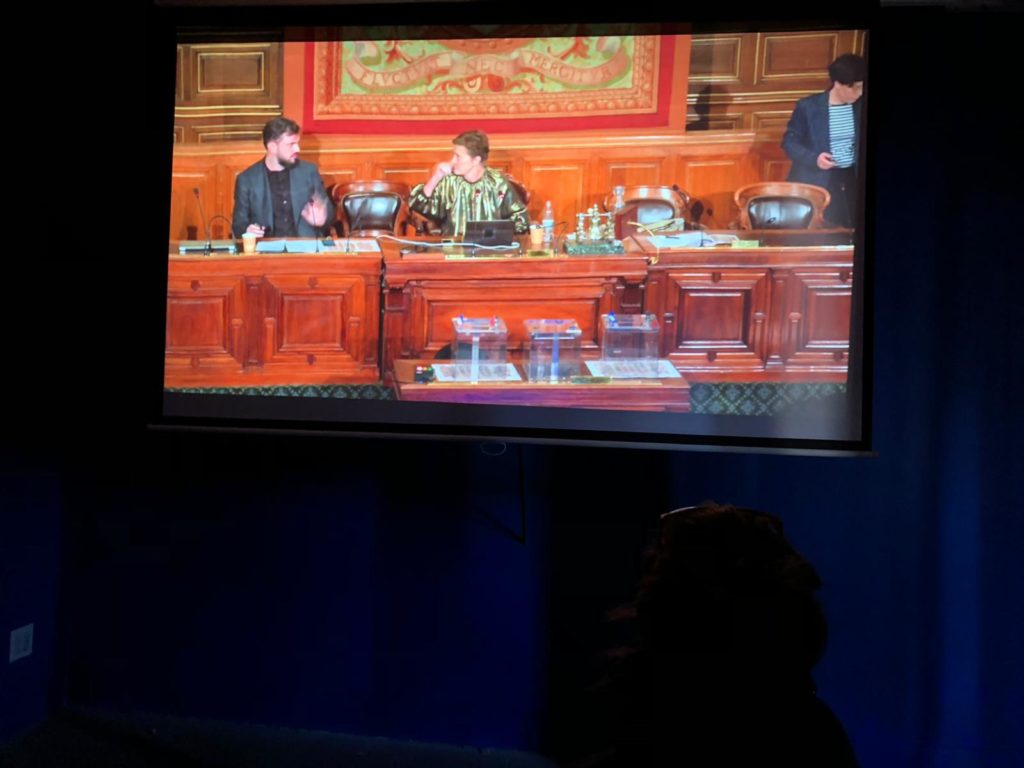 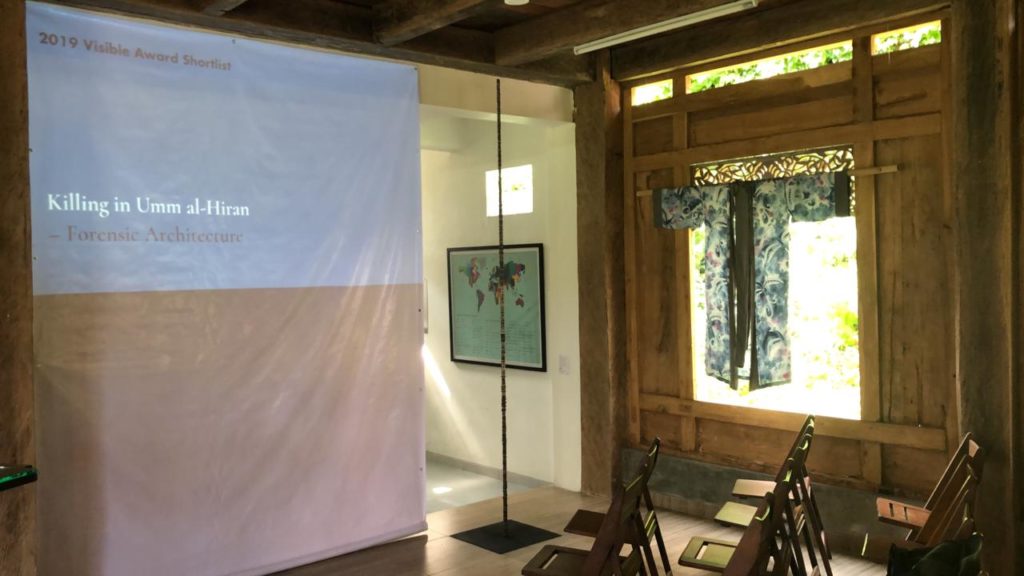 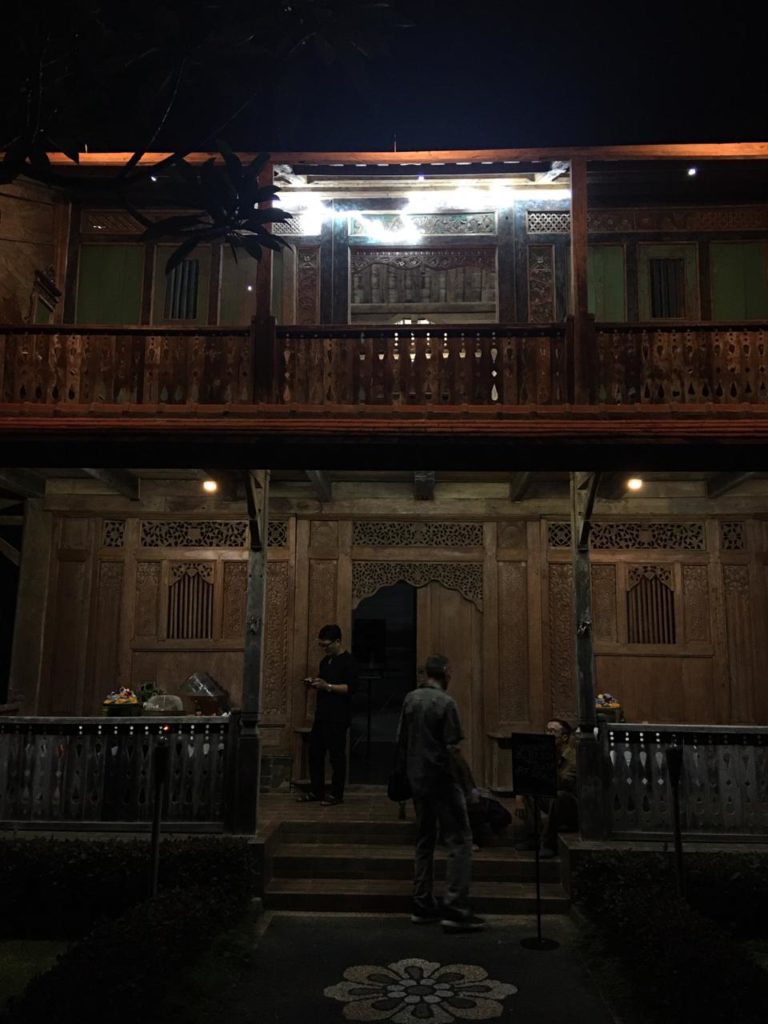 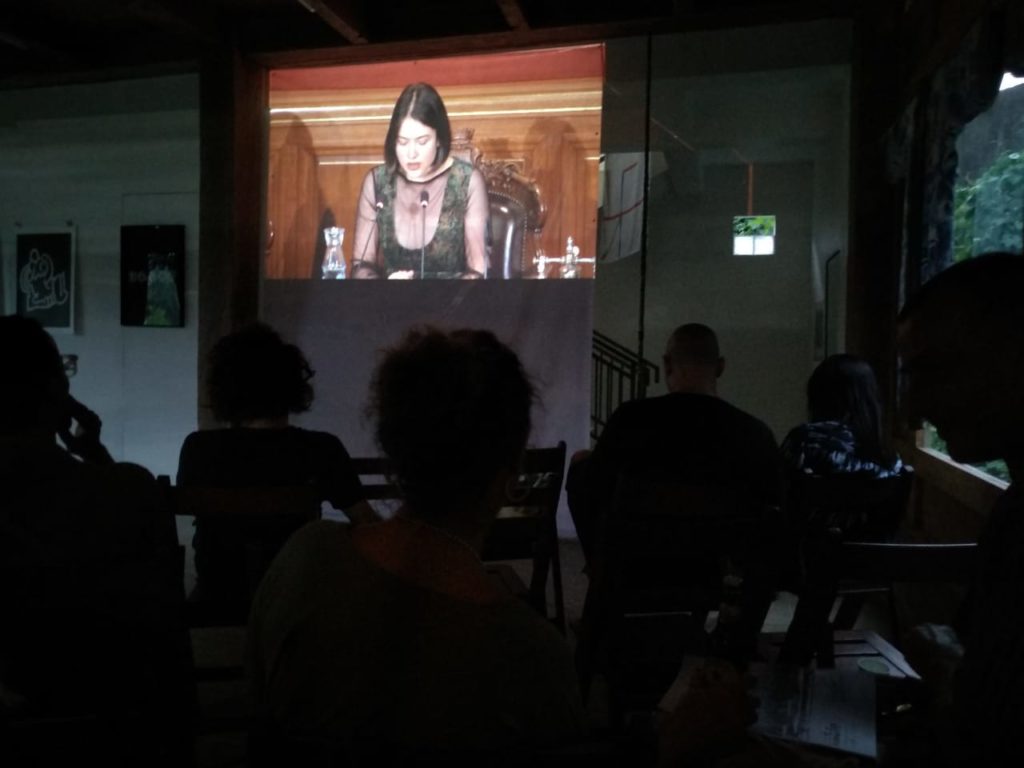 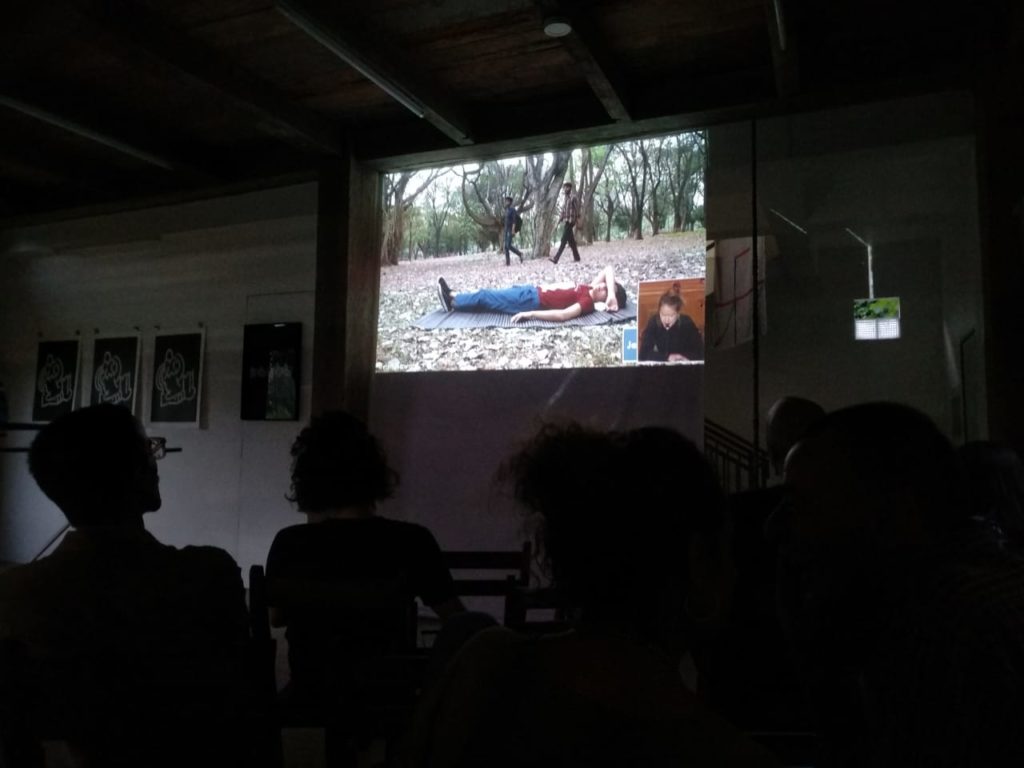 Kayu Lucie Fontaine in Bali
During the 2019 Visible Award, we tested out for the first time the participation of Satellite Sites, as parallel satellite branches of the Temporary Parliament, invited from the network of the Third Paradise Embassies around the world. The participating knots of this network have been the following:
– Open Source Gallery in New York, organized by its founder, artist, and curator Monika Wuhrer;
– Kayu Lucie Fontaine in Bali, put together by its founder, artist, and curator Marco Cassani;
– Espronceda Institute for Arts and Culture in Barcellona, arranged by its co-founder, artist, and curator Savina Tarsitano;
– BA in Curating at Goldsmiths in London, led by Ginevra Naldini e her colleagues.

Satellite Sites worked as remote, independently organized centers for engagement with the Visible Award. Sites that enable audiences to experience the Award together and discuss the issues presented during the event in their local contexts. Satellites were encouraged to bring in local speakers and organize other live components such as moderated discussions, workshops, artist projects. Each site had the freedom to structure their events in any way they see fit, but they were asked to screen a portion or the entirety of the Award in live streaming.

These are the declarations of the vote from the participating satellites:

We would like to give the vote to blank noise. A really hard decision, but we believe that this project can have a great impact with the money provided. We think it can spread organically and have a local and global impact.

We from Batu are very impressed by the great dedication of all the partecipants. Our vote will go to Blank Noise project of Jasmeen Patheja because we consider the subject as a universal issue. We believe that the Visible Award is not only mean to be supporting the future existance of the project but mostly to give recognition of the importance and significance of a project. We hope our vote can help the jury to make decision to find the right receiver of the Visible Award 2019. Much of luck and greetings from Batu Art Space in Bali.

— Espronceda Institute for Arts and Culture in Barcellona:

The decision was difficult for the quality of the projects, but we want to give the opportunity to contribute to this project in Bethlehem to support the artist in a community where the Freedom of arts Is difficult. Education and training are important to give the community the possibility to have an artistic experience and to work together. They can contribute to social change by sharing knowledge and using art as a tool to bring people together. We think that It Is a wonderful and excellent example where the artist takes her own responsibility for a social change into society.
And we think also on the importance of artistic residency in bringing artists from abroad to work with local communities and children. And to bring the Children closer, for example to the agriculture in a creative way. From Espronceda we want to give our vote to this project.
We hope that this project can give force, content against any kind of violence in a very complex area.

— BA in Curating at Goldsmiths in London:

We vote for Dar Jacir in Bethlehem. After much deliberation, we vote this project for its activism within the geopolitical struggle and its very existence as a form of resistance, we think it would be best used to run for another year. It is worthy of its incurrence if social change whilst also being amenable to aesthetics, utilizing the archive as an informative and didactic tool.

Read a full report from the group here

– UNIDEE at Cittadellarte-Fondazione Pistoletto in Biella:

From Biella-Cittadellarte we reached consensus on Dar Yusuf Nasri Jacir for Art and Research. As a satellite group we wanted to share with the parliament the struggle we had in occupying the position of judge and the hierarchization this produces amongst such important projects, places, and issues.

After many attempts, we nominate Dar Yusuf Nasri Jacir for Art and Research because of the contribution that this space makes in producing independent forms of knowledge in a context marked by settler-colonial violence and apartheid forms of governance.

If awarded we hope this prize will contribute towards the deepening of the engagement of local communities in emancipatory practices.