Visible. On Display is a traveling exhibition that revolves around the platform for discourse-production, networking, and action that the artists, curators, and institutions collaborating with Visible, have been feeding since the beginning of the project. Divided into different sections, Visible. On Display is understood as one of the public utilities sprung from the on-going research that Visible is about, together with the publishing, screening, and workshop activities that allow the Visible platform to distribute the knowledge that is gathered around the process of producing the Award. 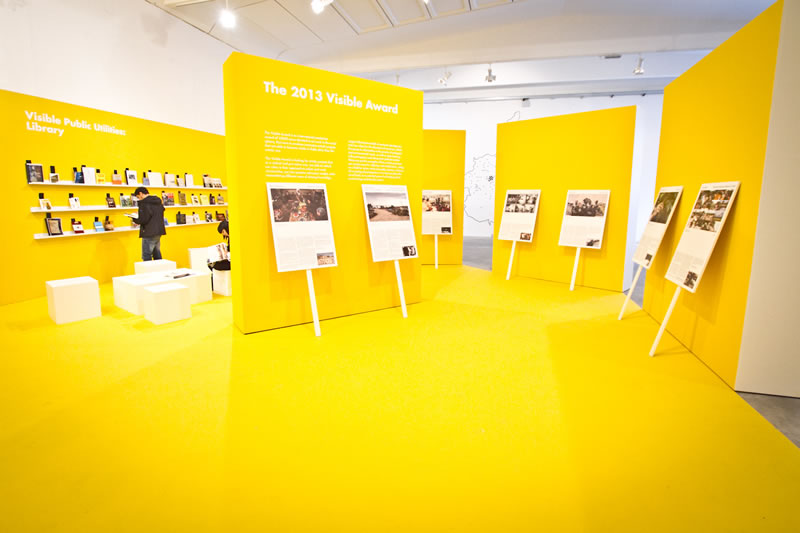 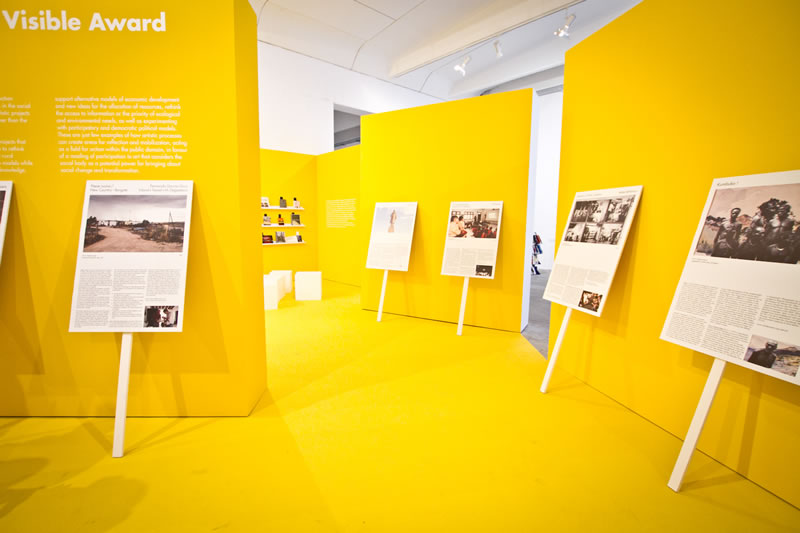 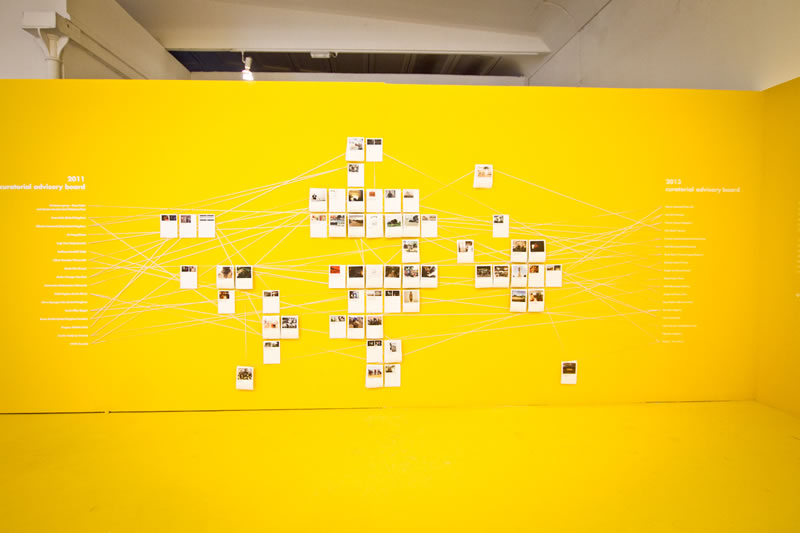 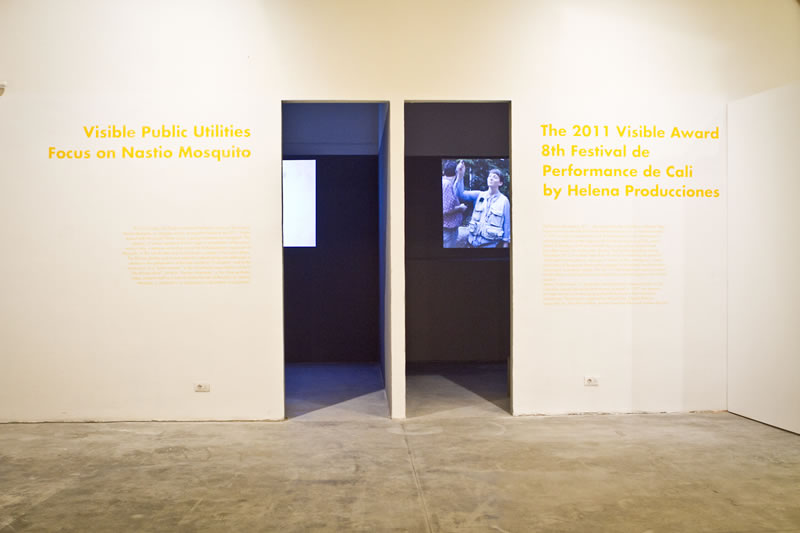 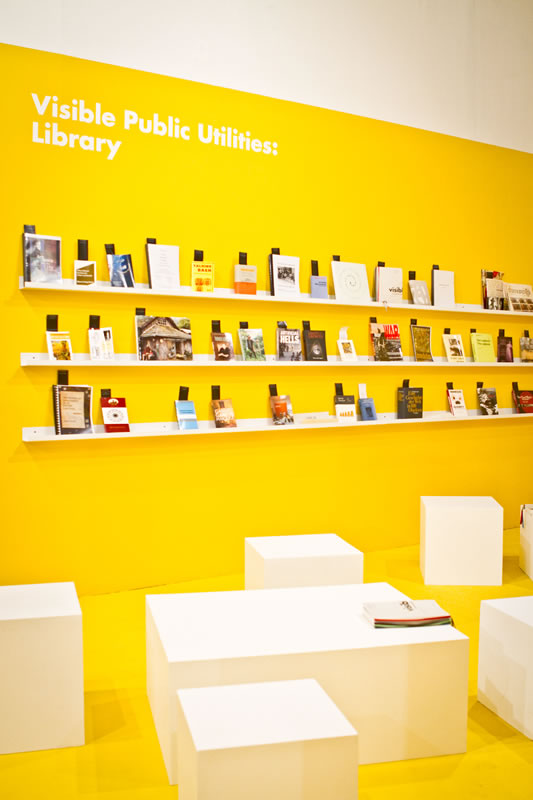 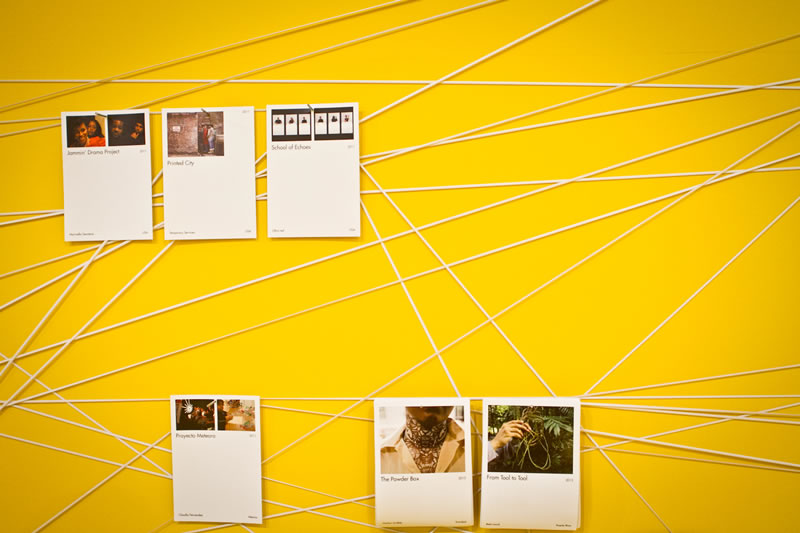 Visible. On Display, visualizes the existing network of artistic projects nominated in the two editions of the Visible Award, offering a specific focus on the ten shortlisted projects of the 2013 edition, that will be featured in the jury session in the form of a public event, taking place at the Van Abbemuseum of Eindhoven (The Netherlands) on the 14th and 15th of December 2013.

Also on show the Visible library, composed of books selected by artists and curators from the network, that have helped them considering their artistic practice in its engagement with spheres other than the artistic one; together with the Visible publishing activity, with the book published in 2010 and the first four issues of the new free digital workbook series.

Two special focuses complete Visible. On Display, with a presentation of the 2011 Visible Award-winning project – the 8th Festival de Performance de Cali by Helena Producciones – and a selection of video works by Nastio Mosquito, shortlisted artist in the same edition.

Visible. On Display is premiered on the occasion of the 16th edition of Arte al Centro (Art at the Centre), Cittadellarte – Fondazione Pistoletto.