The Visible screening program presents a selection of video works by artists from the Visible network, that investigates the artistic production as an active agency in contemporary society, with its critical and future-oriented aspirations. 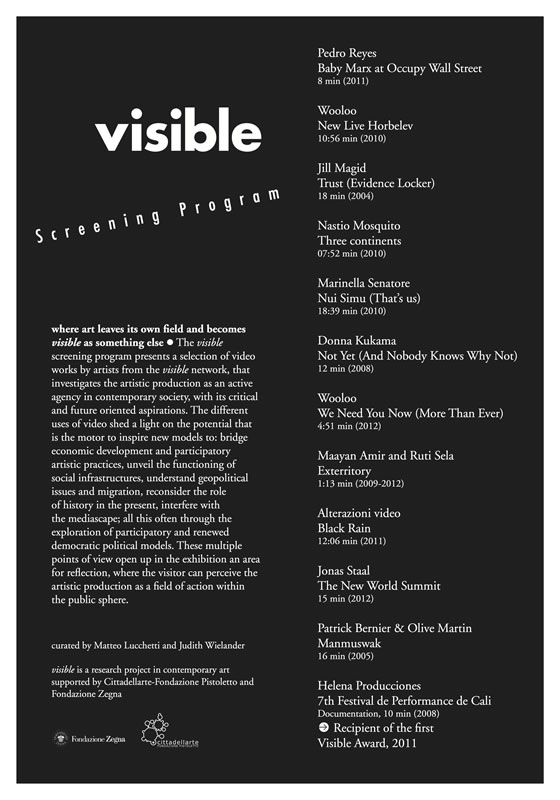 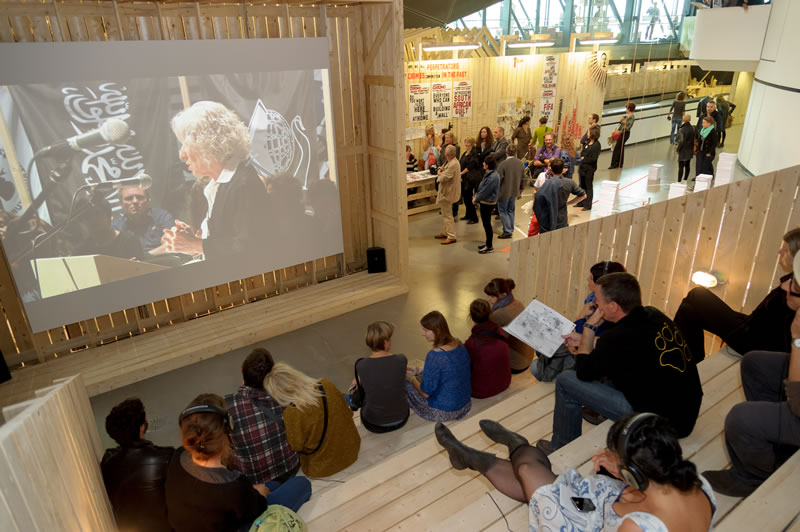 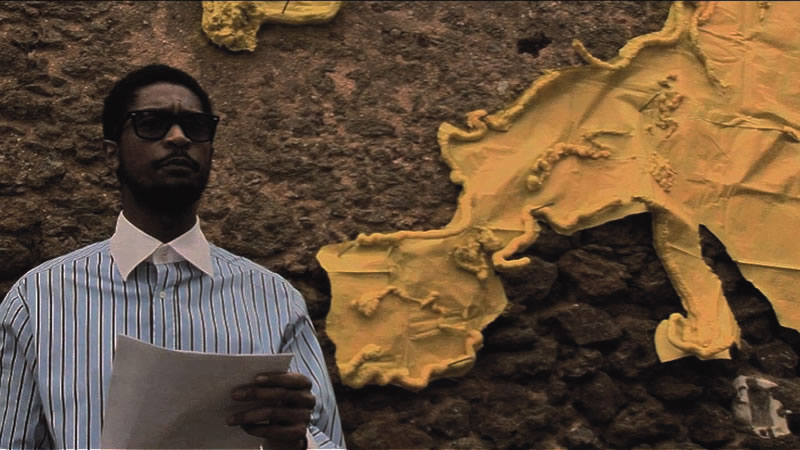 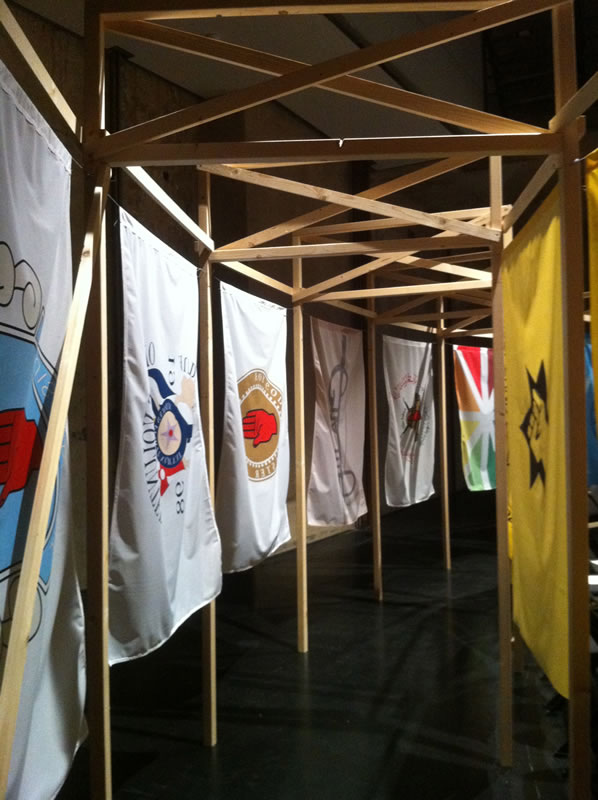 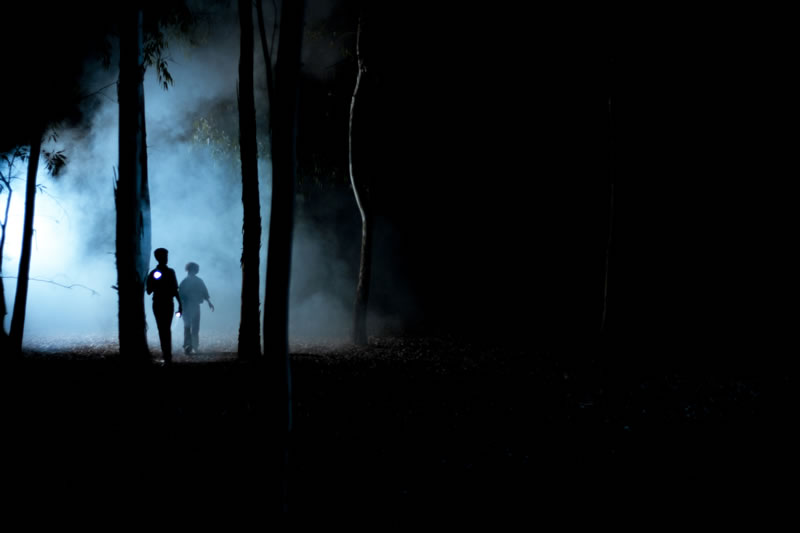 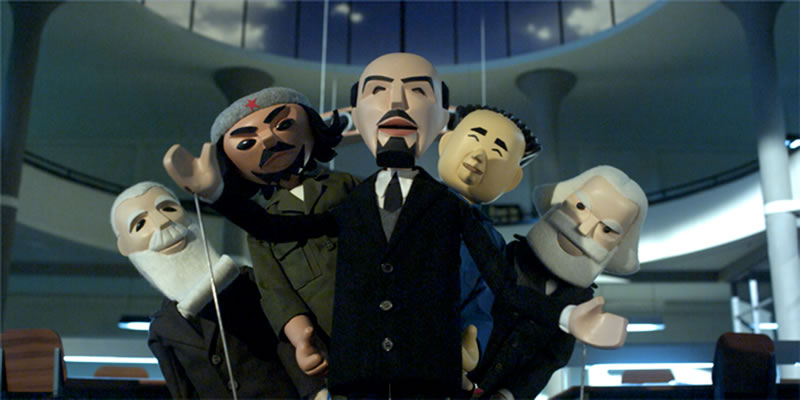 The different uses of video shed a light on the potential that is the motor to inspire new models to bridge economic development and participatory artistic practices, unveil the functioning of social infrastructures, understand geopolitical issues and migration, reconsider the role of history in the present, interfere with the mediascape; all this often through the exploration of participatory and renewed democratic political models. These multiple points of view open up in the exhibition an area for reflection, where the visitor can perceive artistic production as a field of action within the public sphere.