Workshops On Socially Engaged Art Projects in collaboration with Council

On 17 November, upon an invitation by the Visible Project, Council and the Flanders Arts Institute assembled curators, educators, and artists involved in socially engaged practices internationally. Composed of collective conversations and workshops, the program fostered a better understanding of a series of questions that have been raised during the 2019 Visible Temporary Parliament.

This second day of workshops has been commissioned by Visible, curated by Council, coproduced by Lafayette Anticipations and supported by Flanders Arts Institute With the generous support of General Representation of the Government of Flanders in France. 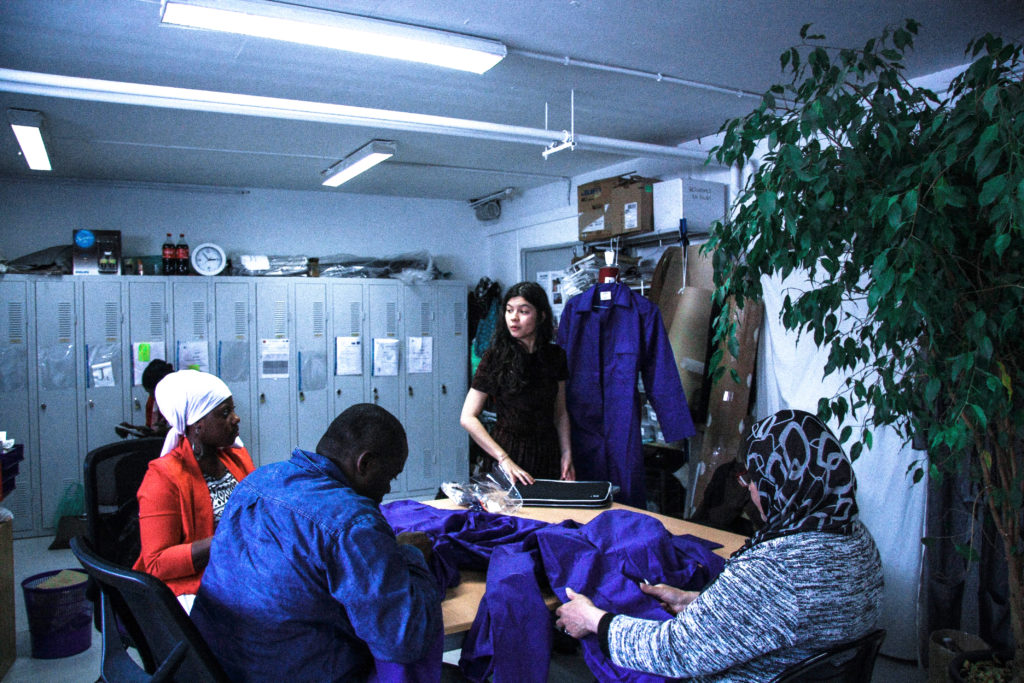 Founded in 2017 by Kim Hou and Paul Boulenger, ABOUT A WORKER is a movement giving textile factory workers the ability to become designers. Through an introduction to creative expression, workers are trained to design expressive clothing inspired by their vision of the industry and personal stories, using design as a universal language. Presented through immersive experiences, ABOUT A WORKER’s creations question the public and connect those who influence, those who make and those who consume fashion. ABOUT A WORKER offers a raw observation of the fashion world and wants to inspire the positive rebels to believe in new creation and production systems through inclusivity.
To know more about the project, visit the project website. 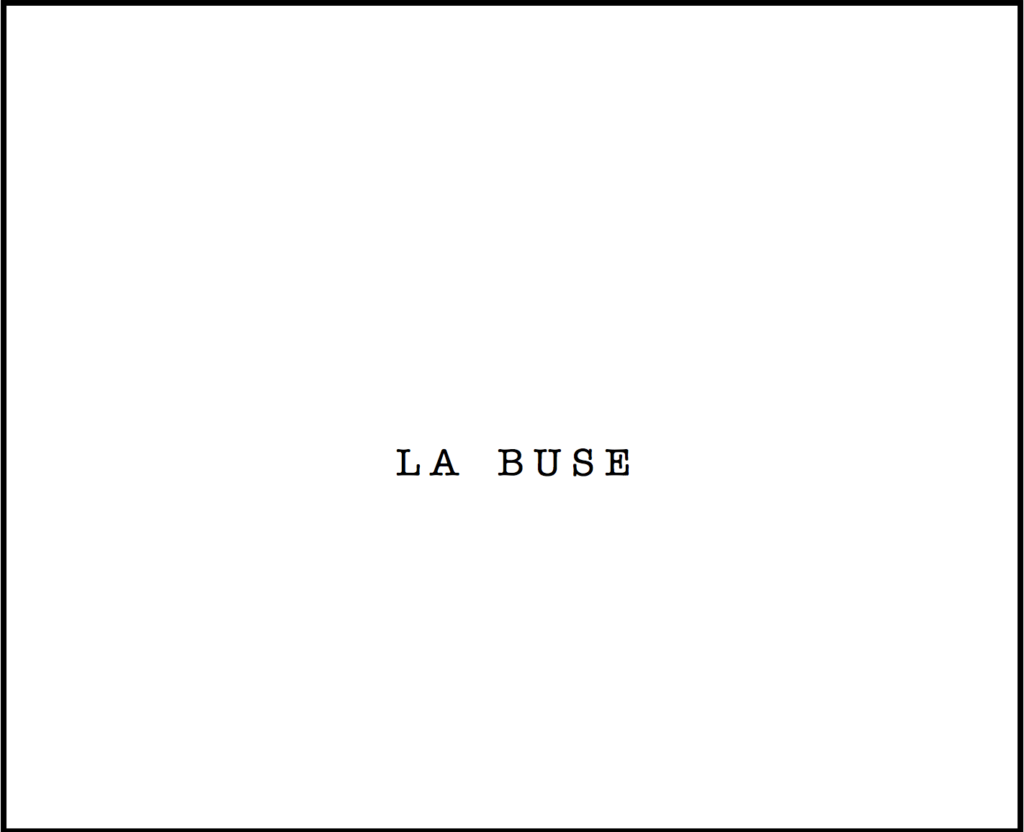 La Buse is an autonomous and informal network that focuses on the working conditions of art workers. Its aim is to identify practical, theoretical and legal ways by creating links between people from different backgrounds: artists, curators, theoreticians, lawyers, activists, staff members, trainees etc. La Buse examines the art world as being a workplace, questioning its economy, remunerations and statues but also the abuses of power, the situations of harassment or the ignorance of the rights to provide solutions to precariousness, isolation and discouragement. La Buse seeks to provoke exchanges, to propose tools and to initiate concrete actions against unethical or even illegal practices. 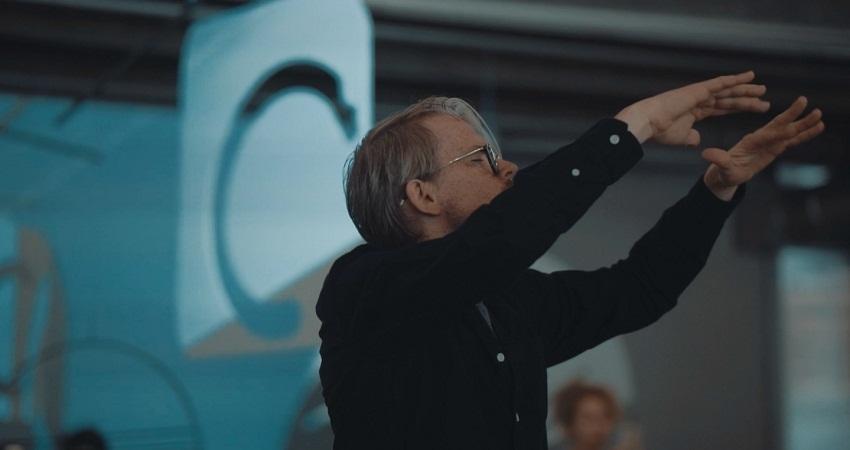 Founded in Paris in 2013 by Grégory Castéra and Sandra Terdjman, Council is an art organisation that assembles artists, researchers, and members of civil society, in order to foster better understandings of societal issues. The curatorial program is based on long-term ‘inquiries’ which generate exhibitions, public programs, publications and the commission of artworks. The fellowship program, AFIELD, supports artists and cultural producers who instigate sustainable social initiatives worldwide, with the aim of building an international network of inspiring individuals while promoting their role as engaged citizens. Based in Paris, but operating internationally, Council believes in the transformative potential of the arts and works towards extending their influence across other domains.
To know more about the project, visit the project website. 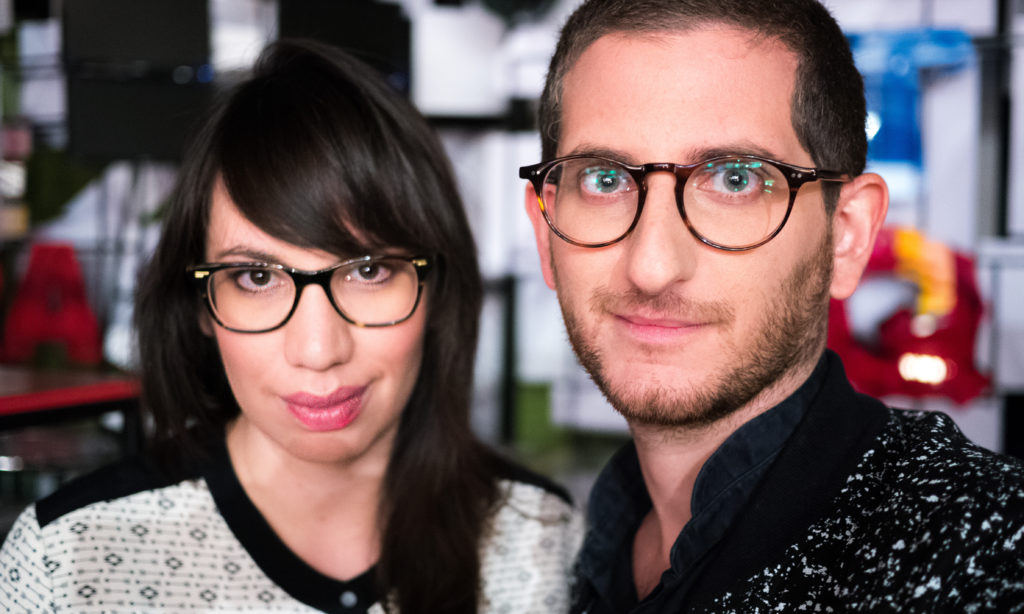 About The Refugee Food Festival

The Refugee Food Festival is a citizens’ led initiative, founded by the charity Food Sweet Food with the support of the UN Refugee Agency (UNHCR). The idea of the festival is for restaurants to open and entrust their kitchens to refugee chefs, to share tasty and unifying moments.

Beyond the annual festival, Food Sweet Food develops activities to support the professional integration of the festival’s cooks: catering services, restaurants, cooking workshops, conferences and testimonials.
To know more about the project, visit the project website.

Engagement is an artist-led movement tackling sexual harassment, sexism and power abuse in the Belgian arts field. The movement has collected dozens of testimonies on harassment and discrimination. ENGAGEMENT focuses on peer-support and organizes meetings, event, online-discussion platforms and actions with the aim to spread knowledge and raise awareness about issues of inequality in the arts field. Sirah Foighel Brutmann (°1983), living in Brussels and working with artist Eitan Afrat (Tilfar), is one of the content coordinators of the webplatform.
engagementarts.be

Nico Dockx works as a visual artist, curator, publisher and researcher with a fundamental interest in archives. His interventions, publications, texts, soundscapes, images, installations, performances and conversations -which are usually the result of collaboration with other artists- embody the relationship between perception and memory. He has been working on his PhD project The New Conversations at the Royal Academy of Fine Arts Antwerpen and co-organized with Pascal Gielen the summer schools Mobile Autonomy (2015) and Making Public Domain (2017).

DOEK
The practice of artist and designer Lies Van Assche is powered by social themes. DOEK (=canvas) rose from a personal dream, to create an inclusive and transversal textile platform for a community of artists, designers, researchers, makers and artisans who face major challenges in society: living together in solidarity and respecting the natural balance. DOEK platform is both instigator, connector and incubator for artistic, experimental, innovative and social-design projects in which social change and textiles are the key elements.
doek-vzw.com

Toestand
Bie Vancraeynest ran a Youth Club in the centre of Brussels for eight years. In 2018 she organised a multidisciplinary community arts festival. Since September 2018, she works for Toestand vzw, a non-profit organization concerned with the reactivation of forgotten or abandoned buildings and spaces by means of temporary and autonomous socio-cultural use. Toestand creates spaces where everyone can make it their own, from small initiatives, to unique ideas, all regardless of their resources.

Open Art House Globe Aroma offers newcomers the space, time and support to express and interact through cultural and artistic expression. Globe Aroma offers workspace for refugees/newcomers/artists, relates the  artists with the existing scene of art and culture and invites artists to work in residence at Globe Aroma. Sandra Issa (Libanon, 1984) studies visual arts in Libanon and France and explores the impact of mass media and contemporary societal issues in paintings, installations and interventions in public space. An Vandermeulen, lives and works in Brussels, is the artistic director of Globe Aroma.
globearoma.be

Cinemamaximiliaan organises events, film screenings in cinemas and at people’s homes, music performances, debates, lectures, workshops, encounters… welcoming newcomers to take part and to shape cultural life in Brussels and Belgium. Cinemamaximiliaan is also active in artistic productions, involving many people from different horizons. Victor Ghostin, born and raised in Brussels with Lebanese and Austrian roots, studies Arts and Social Sciences at University Maastricht, and is coordinator of Cinemaximiliaan.
cinemaximiliaan.org

CirQ is a performance collective in Ghent since 1999, upcycling popular culture. During Ghent Festival their Datakamp invited the audience to sell their personal data for dummy rewards or Batahlan where refugees ran an oasis of peace.  CirQ set up Refu Interim to help newcomers in Belgium integrate by finding them volunteering opportunities in the cultural sector. Refu Interim is active in 4 cities in Belgium and already subscribed over a 1000 newcomers that want to do volunteer work.
cirq.be

Transfocollect is a Brussels based organisation for performing arts who focuses on the empowerment and artistic development of people that do not find their way to the arts through a conventional (school) system. Haider Al Timimi, born in Bagdad and living and working in Ghent (Belgium), and one of the initiators of TC, is also theater director of Kloppend Hert, a company that strives for cultural hybridism, towards a cross-border space where multiple influences can merge into one whole.
transfocollect.com

Bâtard Festival
Bouchra Lamsyeh (°1988) did research on the development of the Hungarian Kin state at Paris VIII and on the treatment of Hungarian minorities at the French Institute of Geopolitics. She was engaged in organizations that work with asylum seekers including the BAAM, Restaurants du coeur, ACAT (Middle east department). In Belgium she worked with artists and developed a curatorial practice. She actually co-curates the Bâtard Festival in Brussels with Sabine Cmelniski to give platform to emerging socially engaged artists.
batard.be

Flanders Arts  Institute
is an interface organisation and expertise centre for the arts from Flanders and Brussels. Flanders Arts  Institute is mapping the artistic ecosystem; working with the sector on topics like position of artists, intercultural dialogue, new art practices and organisational modells; disseminating knowledge and expertise about the arts in Flanders and Brussels in Belgium and abroad, and connecting players in the arts and the policy – including areas outside the arts.
flandersartinstitute.be

CuratorLab  – Curatorial course for professionals in Arts, Crafts, Design & Architecture at Konstfack University of Arts in Stockholm. CuratorLab doesn’t have a fixed curriculum – every year it reinvents itself anew around a leading topic, followed by studio visits, seminars, lectures, and trips, co-organized together with the participants. CuratorLab is interested in expanding the ideas of curating and the curatorial beyond the exhibition format, and in dealing with the pertinent issues of our times. In the recent years we have worked on public programming with Tensta konsthall, f.ex. re-staging the Operaist Trial with the artist Rossella Biscotti, or co-editing a reader on love and revolution drawing on the legacy of a Bolshevik revolutionary Alexandra Kollontai together with artist Dora García and curator Maria Lind. CuratorLab is open to everybody with curiosity to challenge the new curatorial practices. We intend to built a group of participants with solid experience; a grounded interest and a sense of commitment in order to share a learning experience together.

The Master Program Art, Design and Image in a Socio-Political Context at Sint Lucas Antwerpen invites its participants to question and explore together how our work in art or design can actively relate to society. As our collective and personal practices are inseparable from the social and political contexts and systems they are operating in, they give thought to, inspire or truly enable to change these contexts. What moves us? What is our positionality? What can we do to facilitate change and transformations? Whom and how will it affect?

Open Design Course for Refugee and Asylum Seekers, KASK, of University College Ghent (ODC) is a program dedicated to refugees, asylum seekers and people who do not have access to higher education due to administrative, financial or social reasons. The course has no tuition fee, takes place at KASK School of Arts, Ghent, Belgium and is currently supported by the federal government and the Digital Belgium Skills Fund. It focuses on Open Design as a technological, cultural, artistic and critical practice. This course method is based on co-creation and peer learning, putting an emphasis on new media literacy. Its ten weeks curriculum is built on the concept of input and output weeks. In the input weeks FLOSS tools [Free/Libre/Open Source Software] and co-creation methodologies, from idea development to storytelling, are introduced by a multidisciplinary and diverse teaching team, including former ODC participants. In the output weeks the participants are invited to contribute their educational, professional or cultural expertise to design their projects, towards a public moment, a five days Open Laboratory in Zwarte Zaal, KASK.

The Curatorial Studies programme at the Royal Academy of Fine Arts KASK of University College Ghent is an intensive one-year English-language postgraduate course aimed at experienced and/or post-MA applicants in the arts, humanities or sciences with a keen interest in contemporary art. Established in 1999, KASK’s Curatorial Studies is the only postgraduate curatorial programme in Belgium, benefitting from a unique partnership between KASK, Ghent University, the Municipal Museum of Contemporary Art (S.M.A.K.) and Kunsthal Gent. Curatorial Studies stands out among comparable European and North American programmes for the breadth of skills it covers, from conservation and exhibition history/theory to collection management and mediation.