Get to know our 2019 Visible Award Curatorial Advisory Board 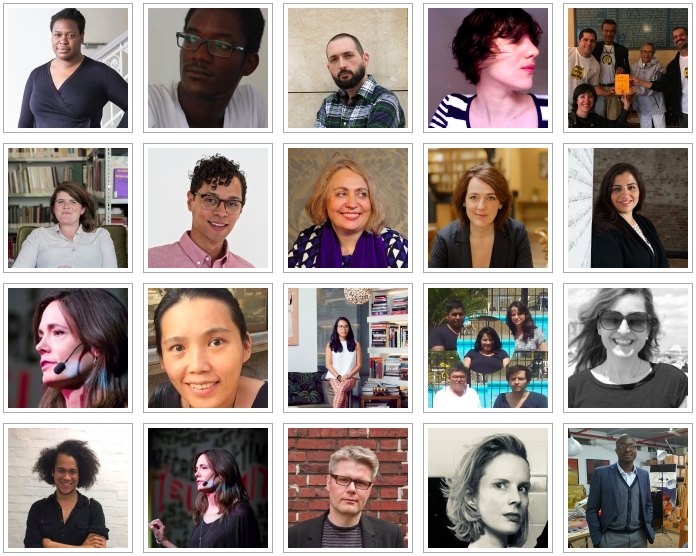 In 2019 Visible reaches its tenth year of activity and its fifth award edition, looking back at the incredible network of practitioners, artists, activists, curators, theorists, and other professionals that shapes an unprecedented knowledge on art and social change. We achieved the goals of awarding and producing groundbreaking projects, connecting with artistic projects from all over the world, thanks to the collaboration of our curatorial advisory boards members and the partnerships with art institutions such as Queens Museum, New York (2017); Tate Liverpool, Liverpool (2015); Vanabbemuseum, Eindhoven (2013); and Serpentine Galleries, London (2011); cooperating with their inspiring directors, who became part of the Visible Council.

To increase the visibility and dedicate in-depth focuses on the shortlisted projects, we will announce the shortlist in Fall 2018, therefore one year prior to the public jury that will assess the recipient of the Visible Award. In inviting the 34 curators who nominated the longlisted projects, we decided to honor, with some of the invitations, the many collaborations of the past years. Inviting esteemed colleagues from institutions, we partnered with, on events, publications, performances, talks, and other activities that contributed to the Visible project so far. Parallel to these names, we are continuing in our effort to connect with individuals and collectives operating in emerging or more established scenes all over the world. Finally, we also invited the four artists/collectives that have been recipients of the previous Visible Award, therefore adding to the group four perspectives from the practitioners who benefitted of the award so far.

As usual, we asked short curatorial statements, or biographical notes, to our curators and you can find them all on the official page of the 2019 Visible Award Curatorial Advisory Board.