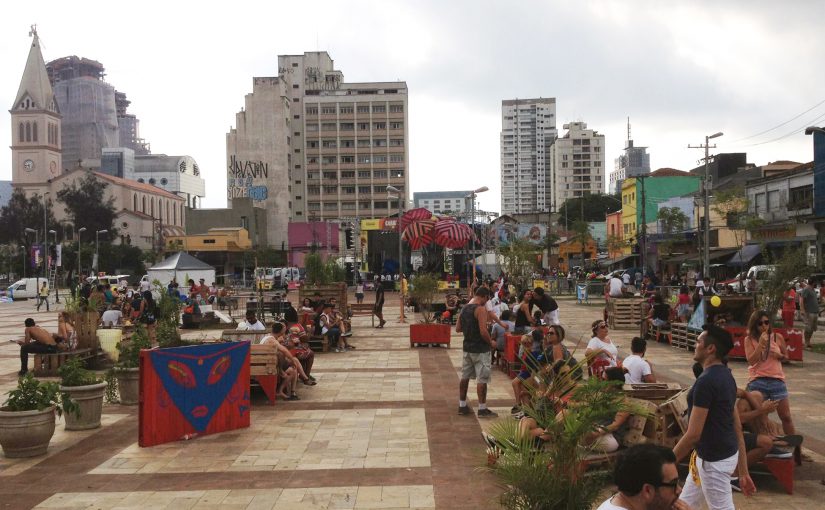 A Batata Precisa de Você (The Potato Needs You) is a collective acting at the Potato Square, a historic place for the city that was completely redeveloped by the state. After ten years of construction works, the result was a big concrete desert.
Since January 2014, the group has been promoting a weekly occupation at the square, organising concerts, performances, open talks about urban issues, collaborative woodworking, bike repair, story-telling workshops and guerrilla gardening actions, among many others. It is an exercise of participatory democracy at a local level, discussing metropolitan issues, in order to create alternative ways for better urban conditions.
The project’s goals are to raise awareness about the right to the city, through the proposal of hacking and prototyping street furniture, expanding the concept of public territory; in other words, the city as a co-lab: highlighting the potential of the space as a place of coexistence; testing possibilities for its permanent occupation; prototyping equipment and furniture that aim to improve the public space.
Furthermore, the group manages an online platform for cultural activities and discussions related to urban issues, civil empowerment, sustainable space tactics, collaborative initiatives and DIY interventions as a response to socio-political issues.
During 2014, the actions of the group gathered attention and the collective has been involved in activities of a similar nature in other areas of São Paulo. Gradually, the group is becoming a reference for initiatives that foster social transformation and innovative ways of thinking of urban planning under the concept of tactical urbanism. The idea now is to expand the collective’s scope, funding new constructions, workshops and equipment. 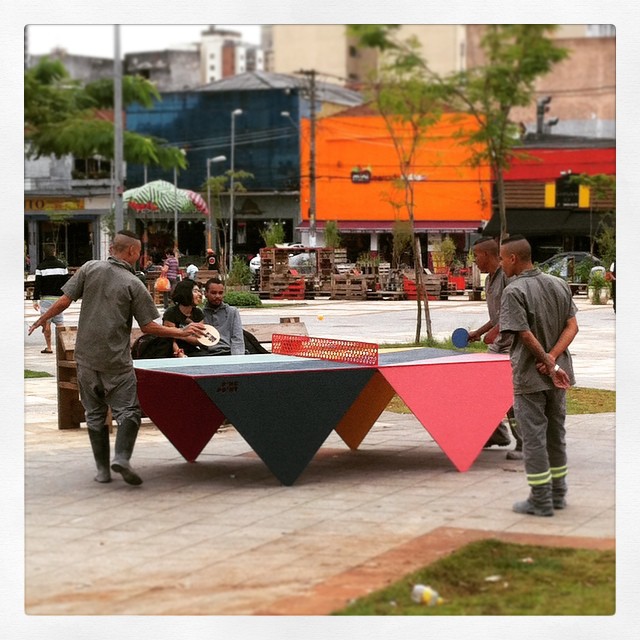 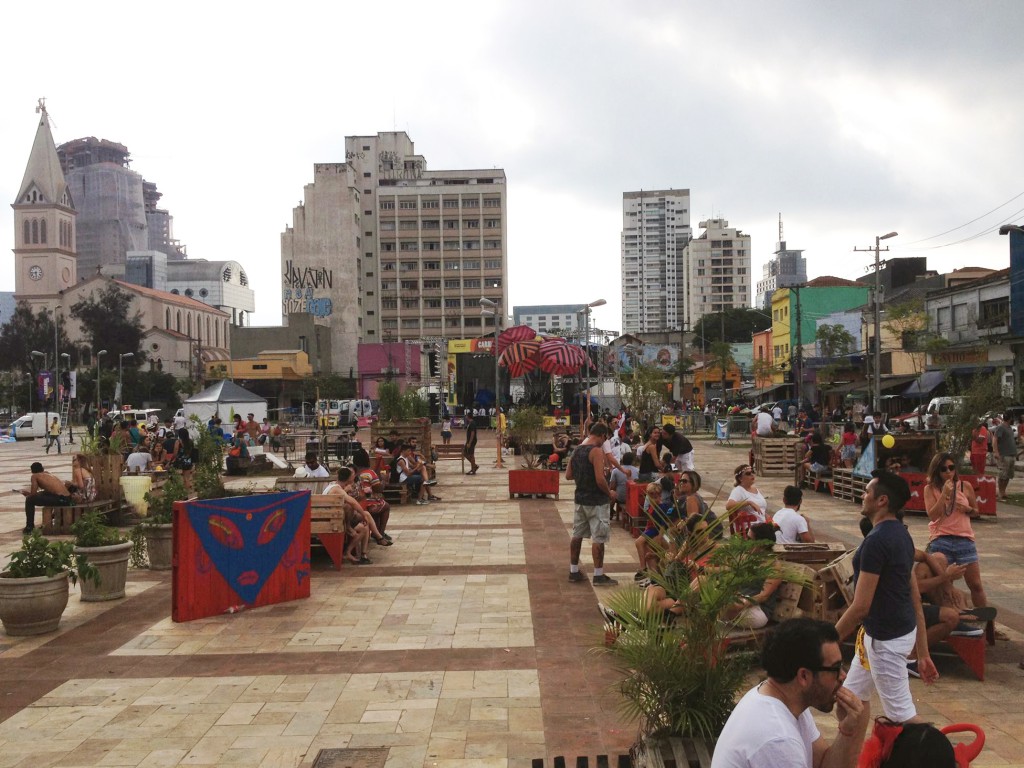 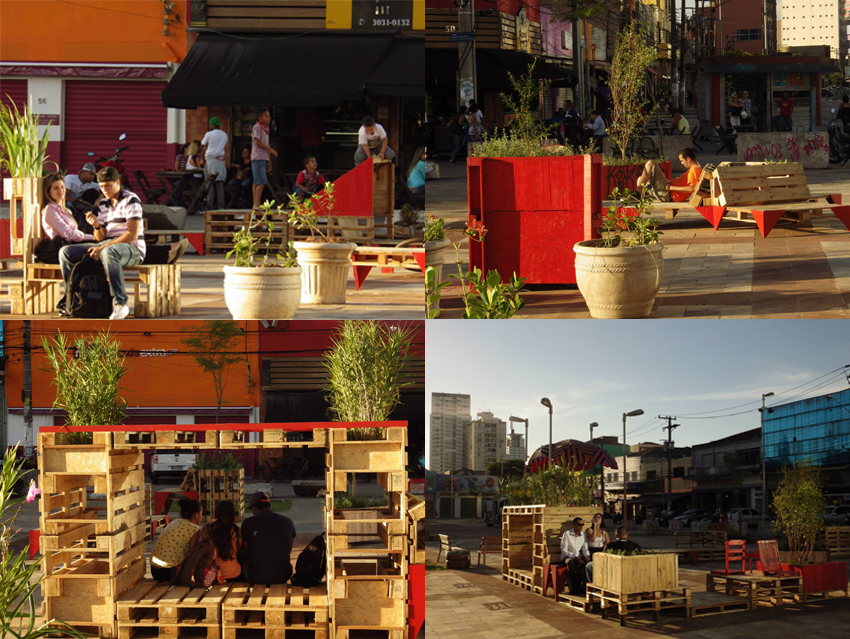 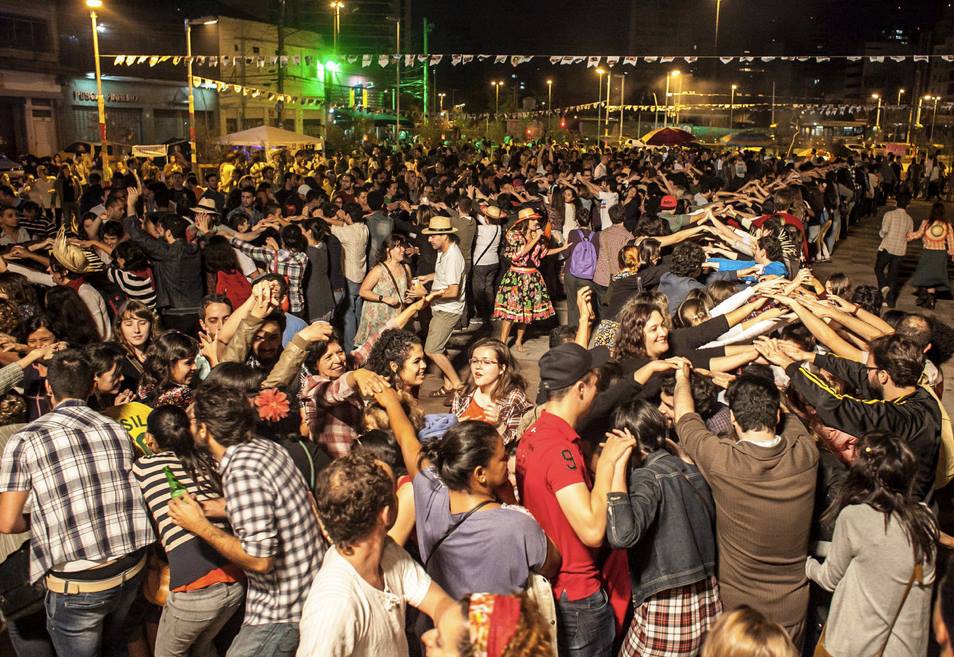 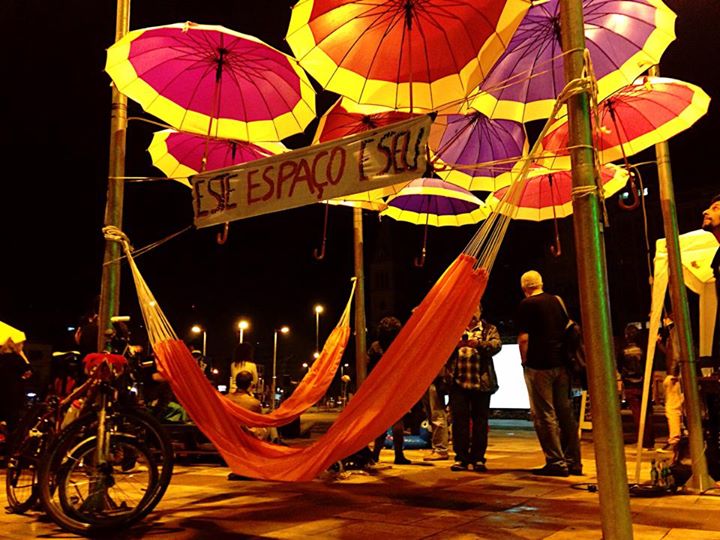 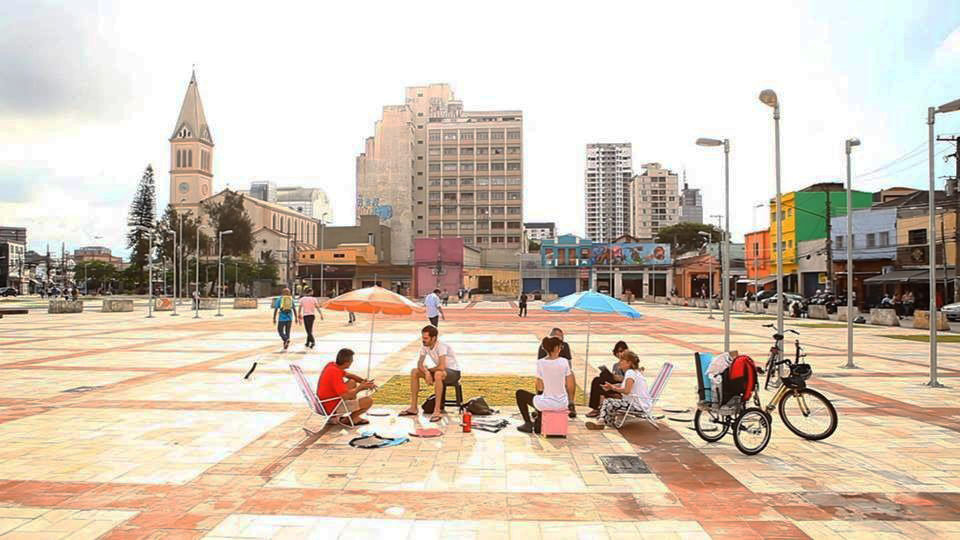 Raphael Franco is a visual artist from São Paulo, Brazil. In his work, Raphael explores the relationship between humans and physical space, reflecting about how contemporary art can address urban issues. The artist has been involved in several collaborative projects and is an active member of the A Batata Precida de Você and Novas Espécies collectives. In 2011, Franco took part in the UNIDEE programme, developing projects with local citizens and artists from Italy and abroad.